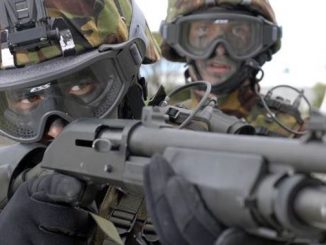 Eight centuries ago at Beziers in France, the papal soldiers besieging the town faced much the same problem as the New Zealand troops engaged in Operation Burnham – namely, how to how to tell the difference among the town’s inhabitants as to which were Cathar heretics, and which were true Catholics. Famously, the papal legate solved the problem by saying “ Kill them all. God will know his own.” In line with those terms of engagement, all the men, women and children of Beziers were put to the sword by the Pope’s soldiers, indiscriminately.

Supposedly, what the Operation Burnham inquiry is trying to establish is how – and whether – the troops engaged in the attacks on those two Afghan villages in 2011 had a plan to tell the difference between Taliban insurgents and civilians. This week’s revelation that there were two Taliban fighters in, or near, the area makes no real difference to the obligations on the New Zealand attackers. International law has moved on from the tactics used by the papal legate at Beziers. Attacks on civilian centres must be proportionate, and they must be able to discriminate between fighters and civilians.

In that respect, the presence of a couple of Taliban fighters in or around the villages only underlines the requirement for our troops to have (a) the will and (b) the means to tell the difference between insurgents and civilians. Having two fighters somewhere in the mix does not legitimise turning the villages into free fire zones, although one glance at the casualty figures – six Afghan civilians dead including a three year old child, fifteen civilians wounded, no insurgents killed or wounded – would suggest that the civilians were being treated as fair game simply by dint of being in the wrong place (ie in their homes) at the wrong time. Our presence turned them all into potential targets. Also, 12 houses were allegedly destroyed.

Hopefully, the inquiry will eventually publish just how our troops went about the business of selective targeting – assuming they exercised any discretion at all. The fact that the commanders of the Burnham operation chose to carry the attack out in darkness only compounds the difficulty of distinguishing the intended targets from the innocent bystanders. Darkness may explain why an unarmed young civilian fleeing from the conflict was actually running towards a nest of hidden Kiwi troops, who gunned him down. A night raid may make it easier to catch the intended fighters – but is it proportionate, if it heightens the risk of killing the innocent?

The issue of night raids was controversial, even around the time Operation Burnham took place. In March 2011, for instance, the United Nations Assistance Mission in Afghanistan (UNAMA) issued a press release on ways that international military forces could minimize civilian casualties. Among the UNAMA recommendations:

• Explore viable alternatives to night raids and ensure that all search and seizure/night raids operations are jointly conducted with or led by Afghan National Security Forces, fully respect traditional, cultural and religious practices and comply with the forces’ international legal obligations of proportionality, distinction and precaution.’

• Improve transparency on Special Forces’ operations and publicly accept responsibility where civilian harm has occurred as a result of their actions.

• Issue a directive to ISAF and all US Forces-Afghanistan including Special Operations Forces stressing implementation of NATO non-binding guidelines on compensation and offering practical, detailed procedures for recording casualties, receiving claims, conducting investigations and offering amends in the form of compensation, apologies, condolences and other dignifying gestures….

Lets add up what UNAMA were asking for. Were there viable alternatives to night raids and why were these rejected? Was there adequate “ distinction” between combatants and non-combatants – and if so, how? Has there been greater transparency subsequently about NZ special forces operations – or is total secrecy about them still the default position? Was the deadly force deployed in civilian areas during Operation Burnham safely directed at the intended target, and proportionate? Have civilian casualties been accurately recorded and reported (As recently as 2014, the NZDF were claiming there had been no civilian casualties.) Has compensation been paid etc etc.

This question of compensation is an interesting one. If the terms of engagement targeted three Taliban commanders and two of them were in the vicinity at the time of the raid, this still does not justify any and all firepower being poured into the area, indiscriminately. Nor should the possible presence of two fighters undermine the villagers’ right to compensation from New Zealand. Lives were lost, lasting wounds were inflicted and houses destroyed without any of the targeted Taliban being killed or captured. To deny compensation would be to validate a form of collective punishment. Collective punishment of civilians went out with the Nazis.

Footnote One. Reportedly, the inquiry has known for some time that the two Taliban commanders were either in these villages at the time, or in the vicinity. It looks as though this week’s concession by one of the Hit & Run co-authors might have been an attempt to get out ahead of that revelation, and pre-empt the authors from being blindsided by it. Arguably, the praise simultaneously lavished on the inquiry was over-egging it though, and seemed unearned at this point.

As mentioned, the presence of the two Taliban should make no difference at all to the inquiry’s wider task of evaluating the adequacy of the New Zealand forces planning beforehand – and, in particular, as to how they proposed to distinguish between friends, foes and bystanders in the dark, once the firing had begun.

The perils of platforming

Supposedly, the media bosses have been beside themselves in recent months to ensure the media is not used as a platform for the noxious views of the Christchurch shooter. For all the anguished concern about the dangers of ‘platforming’, no such qualms seemed evident on Checkpoint last evening. The programme led by offering an eleven minute long platform to an extreme (and extremely inaccurate) reaction by one disgruntled ammunition dealer /gun lobbyist to the government’s announcement (earlier in the day) of its buyback and amnesty scheme. Revolution, allegedly, was the only option for gun owners who had, quote, been criminalised for a crime they didn’t commit, unquote, and who now had “nothing to lose.” For Checkpoint, any concerns about platforming went out the window in the quest for clickbait. For good measure, Checkpoint then offered a further nine minutes to a National MP to vent about the alleged flaws in the buyback scheme.

Not exactly a balanced account of a scheme through which (a) taxpayers would be paying gun owners between $1,000 and 10,000 for every one of their military-style assault weapons, and where in addition (b) those gun owners would be given a legal right to challenge in court the level of compensation allocated to them. No mention either of the debate about the academic research evidence of a statistical decline in gun suicides and gun homicides in Australia, after the Aussies enacted a similar gun buyback and amnesty scheme in the wake of the 1996 Port Arthur massacre. Is it too late to bring back Mary Wilson?

Song for the disgruntled

Safe to say, revolution is not in the air if a few gun owners should happen to lose their fetish objects/penis substitutes. But hey, any excuse to bring back Thunderclap Newman’s greatest moment…