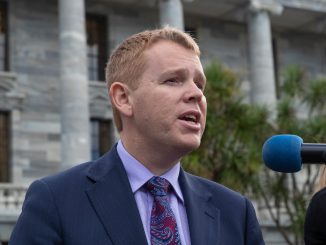 In a town like Wellington that’s full of public servants, the fact that the public service is facing its biggest shake-up in 30 years sounds like a very big deal. Reportedly, the legislation involved is to be called the Public Service Act, because… well, it seems that the notion of “public service” is back in vogue. The new legislation will replace the 1988 State Sector Act, which required public servants to embrace the cold, impersonal efficiencies of the market-driven state. We all know how well that turned out.

Yet at this point in the process, the reforms that State Services Minister Chris Hipkins have in mind are still very thin on detail. Like the Wellbeing Budget that these reforms reflect, the process will (apparently) be all about complex stuff done collectively to enhance social and personal wellbeing, in a collegial fashion. As Hipkins explained in his speech yesterday, the system in place since 1988 has been all about discrete decision-making in departmental silos that were meant to enhance vertical accountability and a keen focus on the bottom line. Yet given the social challenges looming on the horizon, that sort of old-school management theory is (allegedly) no longer fit for purpose. As Hipkins put it:

[It] doesn’t work well when we need to come out of our siloes and take collective responsibility when getting traction on some of our most challenging issues and opportunities requires us to work cooperatively across the Public Service and beyond… Issues such as climate change, security and inequality are global, and the pace of technology development means rapid change is a constant. The Public Service needs to change with it if we are to keep up.

So… what was formerly split apart (all the better to maximise efficiency) will now be put back together again, all the better to enhance wellbeing. Joint ventures between departments will become the norm, rather than the exception:

Fine. Dandy. Yet apart from a brief and peculiar digression into ensuring that public servants will be able to engage in political activities outside office hours ( provided those activities don’t entail what they do in office hours) that was all Hipkins had to offer. The speech was devoid of comment on how the reforms will engage with the politicisation of the public service that has occurred over the past 30 years. For example: there was no mention at all by Hipkins of what sort of changes to (a) the Official Information Act and (b) our whistle blower legislation would be necessary and desirable within this new, more integrated bureaucracy.

Why should such details be essential? Because, under what Hipkins is proposing, power within the public service is going to become more centralised. Apparently, the biggest and most significant decisions will be made in future by chief executives from the relevant government agencies whose boards (aka “joint ventures”) will be accountable to a single minister, and will receive direct budget appropriations.

It seems naïve – or wilfully deceptive – to paint this concentration of power in entirely benign terms, without addressing the extent to which allegedly independent state agencies have been turned into functionaries at the bid and call of the policy agendas of the government of the day. MBIE, during the hey-day of Steven Joyce, was the classic example of the way in which nominally independent departments and agencies became subordinated to the priorities of the Minister sitting atop the pyramid.

Integration used to be Joyce’s thing, too. All the policy levers… Economic Development, Labour, Immigration and Tertiary Education were put at his disposal, and the resulting policy climate was not one where a hundred flowers were allowed to bloom. By and large, priorities were advanced according to what enhanced the Minister’s standing and interests.

This issue of the culture change now necessary within the public service – whereby principled dissent by neutral officials is once again enabled to flourish – was not even mentioned by Hipkins, let alone resolved. Pity the poor public servant who currently dares to suggest – in say, a pressure cooker meeting with ministerial staff – that an alternative strategy might have equal, or greater merit. Quite some ago, compliance became mandatory for anyone interested in their own job security.

Since principled dissent has become a virtually extinct life form in the higher realms of the public service, this has effectively killed off the tradition of public sector independence that (theoretically at least) used to help rein in the excesses of the Executive. The checks and balances provided by an expert and politically neutral public service have been all but lost, in the years since 1988. The needs of “efficiency” and “austerity” and “light handed regulation” have demanded compliance.

That’s where the whistle-blower protections come in. Late last year, the results of a long and comprehensive study by Griffiths University in Australia showed that 30 per cent of New Zealand public agencies had no system in place for recording and tracking concerns, and 23 per cent had no support strategy for staff who raised concerns. According to the Ombudsman, people don’t even know that any legal protection for whistle blowers even exists:

Research released by the Ombudsman last month found only 9 percent of respondents had even heard of the Protected Disclosures Act – “an alarmingly low number given the importance of the act for all New Zealanders,” Chief Ombudsman Peter Boshier said. Worse, “21 percent said they have witnessed serious wrongdoing at their workplace or previous workplaces”.

Only 40 percent of employees believed their jobs would be safe if they reported the wrongdoing, and 34 percent thought they would lose their job. Lower paid workers were particularly worried about job security.

Reportedly, the wording of the existing law is even vague as to what kind of wrong-doings might be covered in which settings. In New Zealand workplace conditions, the legislation’s focus on theft and corruption – rather than say, on bullying or intimidation – is also arguably misplaced.

In sum, that’s quite an array of problems. After all, there will always be a risk involved in bringing the wrong-doing by one’s superiors to the attention of senior management. Given the imbalance of power in the workplace, whistle blowers will always be at risk of retribution for not being team players, or for raising issues that cast the failures of their bosses in a bad light – even when those concerns are still being handled in-house, and (supposedly) in a confidential fashion.

It gets even riskier if the internal process fails, and the media enter the equation. Currently, it does not look as if New Zealand is feeling inclined to follow Australia’s example and offer legal protections to those staff who alert the media to wrong-doing. Obviously, effective whistle-blower protections are not simply a public service concern. Yet since the lines between the public and private sectors are being expected to increasingly blur in future, such protections need to be treated as a central element of any major reforms, and integrated within them.

If the centralisation process that’s being envisaged does succeed (as Hipkins is promising) in cutting through red tape and allowing for swifter decision-making by state agencies, then reform of the Official Information Act also has to be taken in tandem. Otherwise, the media will be unable to access the information relevant to evaluating whether such decisions have been right, and proper. Given (a) the rise in joint ventures for the delivery of public services between the state, corporates and iwi, and given (b) the enthusiasm the coalition government has expressed for public private partnerships as a means of building transport infrastructure in Auckland, the media’s access to information has to be safeguarded – and should not be allowed in future to be blocked by an ever-expanding definition of what constitutes “commercial sensitivity”.

This is a genuine concern. Only a few days ago, this same issue was ruled on by the US Supreme Court

in a freedom of information case involving a small South Dakota newspaper called the Argus Leader. As the Columbia Journalism Review reported only yesterday, the Court’s 6- 3 ruling means that in future, contractors will be able to keep any “commercial and financial information” they give to the government secret at their discretion, as long as the government gave them an initial “assurance” that it would remain private:

As Justice Stephen Breyer wrote in his dissent, the ruling establishes certain information as “confidential” not because it is legitimately sensitive, but because those who possess it want to keep it that way. The ruling, Breyer fears, “will deprive the public of information for reasons no better than convenience, skittishness, or bureaucratic inertia.”

The ‘commercial sensitivity’ secrecy provisions of PPPs pose similar concerns here as well. Again, Hipkins has provided no insight as to whether – and how – Official Information Act reform will be integrated within this “biggest state sector reform in 30 years.” In sum, it is very nice that public servants will be protected in future if and when they want to express their political views outside of office hours. It would be even nicer if they were to be better protected in future from the politicisation of their work, within office hours.

Punk, of a stadium sort

Philadelphia has been a power centre for US indie/progressive music for the best part of a decade or more, and Mannequin Pussy operate at the punkish end of the city’s spectrum from say, Kurt Vile. Yet over the past couple of years, Marisa Dabice and her crew have also effortlessly knocked out any number of arena size anthems: and their third album Patience, seems on first listen to be full of them.

For a band that used to be in your face, these two tracks are wistful romantic churnings on a bedrock of twin guitars that used to be deployed as weapons. Is it growth, or is it convergence?