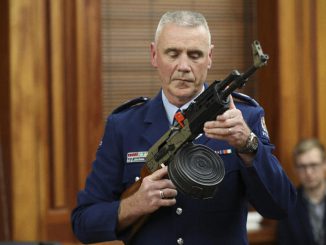 Do gun amnesties and buy-backs save lives? Since it’s always difficult to exclude all of the socio-economic factors that may be operating in parallel, the die-hard denialists in the gun lobby will always be able to find a bit of wiggle room. Yet when taken in tandem with the actions already taken by the Ardern government to outlaw rapid fire rifles and shotguns, there is ample reason to conclude that the buy-back and amnesty scheme announced this morning will indeed save lives in New Zealand.

How can we make that assumption? Mainly because the very similar package of gun reform, buy-backs and amnesty measures adopted in Australia (after the Port Arthur massacre in 1996) resulted in statistically significant declines in gun suicides during the ensuing years; and while there had been 13 mass shootings in Australia during the 18 years prior to Port Arthur, none at all occurred during the subsequent years between 1997 and 2016.

Even the killing of five people recently in Darwin, as Police Minister Stuart Nash noted this morning, had been committed with an illegal shotgun stolen before 1996; which suggested to him that the co-ordinated actions taken in Australia had been successful in reducing the numbers of rapid-fire weapons available to criminals and anti-social individuals. That’s the objective here, too. Academic research from 2016 into the impact of the Australian gun reform package can be found here. The Australian experience with gun reform was also analysed in this 2012 academic study, which detailed significant positive outcomes:

We find that the buyback led to a drop in the firearm suicide rates of almost 80%, with no significant effect on non- firearm death rates. The effect on firearm homicides is of similar magnitude, but is less precise.

So it would seem the goal of gun reform is not only desirable, but entirely feasible – and the amnesty and buy-back measures play a crucial role in achieving those ends. Most of the residual argument now is only about the operational details, and what it might conceivably cost.

The buy-back scheme. According to this morning’s announcements, the price the government will pay per prohibited weapon is to be set at 95%, 70% or 25% of the base value (ie minus the retail mark-up) depending on whether the gun is in an “as new”, “used” or “poor” condition. Via similar logic, the compensation to be paid for now-prohibited parts and magazines will be 70 per cent of the base price for those in near new or used condition, and 25 per cent for those in poor condition.

KPMG have worked out an extensive list of guns and prices, some of which (inevitably) are about as precise as the length of a piece of string. The estimates for centre-fire semi-automatic rifles for instance, range from $1,000 to $10,000, with most being estimated as likely to cost less than $5,000 – which is also the estimated likely ceiling price for prohibited shotguns. If any gun owners jib at the classification and price that’s been determined for their weapon, they can pay a non-refundable $120 application fee, and have the decision independently reviewed.

Given that it is cheaper for the government to modify a prohibited rapid-fire weapon (ie to make it legal) than it would be to buy the gun in question off the owner, the scheme will also pay up to $300 to modify the weapon, so that owners who feel sentimentally attached to their weapon can retain it, provided its capabilities have been rendered legal. The buy-back will be restricted to legally licensed weapons – in contrast with the Australian scheme which chose to throw the net wider, and pay compensation for both legal and illegal weapons.

While it might seem desirable to get the weapons concerned out of circulation regardless of their legal status, that approach has proved to have had unexpected drawbacks. As Nash explained, the Australians found it created a perverse incentive for people to steal guns, and then turn them in for the compensation money. Buy-backs therefore, have a defined purpose. Here, the amnesty part of the package will apply to illegal weapons – and post-amnesty, the Police will then be able to focus their efforts on pursuing the illegal guns still in circulation.

Inevitably, the ultimate cost of the buy-back scheme is still an unknown quantity. Already, $150 million had been set aside in the Budget for the buy-back itself, plus a further $18 million since in administrative costs – and finally, ACC will contribute a further $40 million. Any subsequent costs over and above this allocation of $208 million, says Finance Minister Grant Robertson, will be met by the government.

In Australia (and at 20 years ago prices) their buy-back scheme had ended up costing a whopping $500 million plus, and was paid for by a special one-off healthcare levy. Had Cabinet, I asked Robertson considered a similar one-off tax or levy here? No, Robertson replied. pointed out that while the Australians had chosen to tax everyone [via a one-off hike in the healthcare levy] the government here had decided instead to take “the bulk of the money from general taxation, which is a levy on everyone.”

Maybe so. But the crucial difference being… a one-off levy would have created fresh money. Obviously, any such buy-back that’s to be financed out of the General Fund instead, will mean less money in the kitty for social spending on health, education, child poverty etc. After the Port Arthur attacks, Australians were willing to pay an extra price to remove the guns from circulation. It seems significant that here, a political decision has been made that New Zealanders would not be willing to do likewise, despite the outpouring of sentiment nationwide, in the wake of the mosque attacks. Extra taxes – even the ones that save lives – appear to be regarded in this country as political anathema.

The amnesty will run for six months, until December. The amnesty/buyback will be as Nash says, a huge logistical exercise. “The amnesty [and] buy-back,” Nash said this morning, “has one objective: to remove the most dangerous fire-arms from circulation.” Maybe so but – judging by the Australian precedent – the bulk of the guns handed in and/or bought back may not prove to be the high profile, most dangerous sort of weaponry. As the 2012 research (by Andrew Leigh of ANU and Christine Neill) linked to above pointed out:

For the state of Victoria (the only jurisdiction to provide a breakdown of the types of guns handed in), Reuter and Mouzos (2003) report that nearly half of the guns were .22 caliber rifles, and almost all the remainder were shotguns. Less than one in 1,000 of the weapons handed back in Victoria was an automatic.

Given this declared aim to renove the “most dangerous fire-arms from circulation” and given Victoria’s experience with .22 rifles being the main weapon handed in, I asked Nash whether he could list what kind of weaponry the amnesty/buy-back would be most likely to deliver. Evidently not. In reply, Nash pointed out that 22 calibre rifles were deemed illegal in Victoria but would not be classified as illegal here, unless they had a large magazine capacity. In general, Nash added, his expectation would be that this process might well be accessed by the kind of people who had an old .303 or some other weapon in the house that they no longer wanted, or needed, to have around.

Ultimately… the evidence from Australia for the beneficial impact of this trio of gun reform measures (outlawing rapid fire automatic and semi-automatic rifles and shotguns, plus an amnesty, plus a buy-back scheme) is very convincing:

Nor is there any reason to think that making guns less available will merely shift the same behaviours over to other forms of suicide and homicide:

Hard to argue with those outcomes. So… we have every good reason to hope for the same kind of results here.