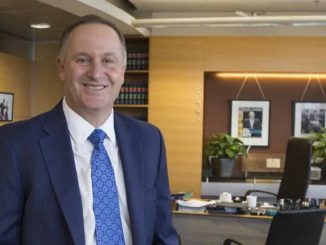 Nine year cycles of neglect seem to be the centre-right’s equivalent of the seven year itch. Certainly, David Hisco’s nine year stint as CEO of the ANZ bank (while his expense claim eccentricities went by unbothered by board oversight) has been a weird echo of the nine years of social neglect by the previous National government. The same Sir John Key who denied there was a housing crisis in New Zealand – and who sold his own beach house to Hisco – seems to have also been living in denial in his role as ANZ’s chairman of the board. Hisco’s penchant for treating his spending on chauffeured cars and wine storage as ANZ business expenses was apparently accepted by the ANZ board as normal practice for nine years until this year, when it suddenly wasn’t OK.

There’s also a serious problem with the terms of Hisco’s removal. He’s forfeited over $6m of ANZ equity, indicating the seriousness of the expense issues. Yet he gets $2m of salary and holiday pay. Why? Does that money belong to the shareholders? If so, we should get it back.

As the banking unions have pointed out, ANZ staff members would be liable for instant dismissal (or worse) for similar practices, and would be required to pay back the money involved. Evidently, Hisco won’t have to pay back a dime, and will receive a handy $2 million severance package to boot. Hisco denies any wrong-doing. Has his managed exit been a deliberate diversion to distract attention from ANZ’s other problems? Quite possibly.

The Reserve Bank has censured ANZ New Zealand, stripping it of its right to calculate how much risk capital it requires to hold due to “a persistent failure in its controls and attestation process”. In a stern statement from the central bank, ANZ’s board, headed by former prime minister Sir John Key, comes under fire for incorrectly attesting to compliance over five years.

Another example of Key being asleep at the wheel? Maybe so. Remember how – when the Australian Royal Commission into banking came up with its damning findings in February about how the banking industry operated – our bankers and politicians claimed that we did things differently here? We were supposed to believe that whatever bad things the parents of the Aussie banks that dominate our banking environment did at home, their branches here behaved quite, quite differently. Yeah right. Somehow, the recent Reserve Bank and Financial Markets Authority inquiry into the conduct and culture of our banks missed the debacles at ANZ entirely. As Werewolf said last November, where is the independent investigation of the massive profits that the Aussie banks extract annually from New Zealanders?

Weirdly, the debate arising from yesterday’s report on our banking industry has been focused almost entirely on whether top bank managers have been too “complacent” in their attitudes towards the public, or whether individual staff may have been overly zealous in peddling the bank’s products. Reportedly, banks seem to be acting in their best own interests, and not on behalf of their customers. Who woulda guessed?

Where is the official analysis – say, by the Commerce Commission – of the banking industry’s profit structures, to see how and where those mega-profits are being generated, and what can be done to regulate them down from the stratosphere? …[All]we’re hearing from government is that this is a “conduct” and a “culture” issue. Thus, the banks have been put on notice that they need to be more polite to their customers while they’re ripping them off. According to Finance Minister Grant Robertson, the banks need to “up their game” and keep the customer’s long-term interests in mind. LOL.

Hisco’s managed exit is just another conduct and culture diversion. It should be treated as a scapegoating exercise, and not as a genuine gesture of reform.

Iran, and the threat of Armageddon

Talking of scape-goating…it has been good to see Foreign Minister Winston Peters being even-handed in expressing New Zealand’s concern about the Iran crisis. This press release doesn’t buy into the White House vilification of Iran, and calls on all sides to exercise restraint, show common sense and take steps to avoid escalation. (One can only imagine the Team USA response that a National government would be making to the current crisis.)

With good reason, there is a good deal of scepticism abroad about Iran being definitively to blame for the recent attacks on shipping in the Gulf of Oman. The US has a lot of form in this sort of thing, from the faked Tonkin Gulf incident used to escalate the Vietnam War to those blurry images of Saddam Hussein’s non-existent weapons of mass destruction that Secretary of State Colin Powell peddled on the brink of the 2003 invasion of Iraq. The grainy pictures of sailors – which could mean anything – deserve to be treated with caution. So does the bellicose US reaction to the news that Iran is increasing its stocks of low-enriched uranium – ie the type used in power plants – now that the US has scrapped the 2015 nuclear containment deal.

Both Germany’s Foreign Minister and the owner of one of the ships attacked have expressed scepticism about the ‘evidence’ of Iran’s involvement. Even this US military news site has criticised the lack of any proof linking Iran to the shipping attacks.

While the U.S. government has publicly blamed Iran for recent attacks on merchant vessels in the Gulf of Oman, not a single U.S. official has provided a shred of proof linking Iran to the explosive devices found on the merchant ships. At an off-camera briefing on Monday, Navy officials acknowledged that nothing in imagery released by the Pentagon shows Iranian Revolutionary Guards planting limpet mines on ships in the Gulf of Oman.

U.S. Central Command has identified a boat from which men detached one of those mines as belonging to Iran, but they were unable to say how that was determined. The boat has no distinctive markings and is flying no flag in pictures released by the Pentagon.

This takes us back to the call for restraint being made by Peters. It isn’t an empty gesture. As the North Korean example has shown, Donald Trump can be bought off by a mere photo opportunity and the offer of a ‘historic’ summit meeting, no matter how bogus the whole exercise may prove to be.

Many Iranians have been beseeching their leaders to do likewise – ie to agree to negotiations, to allow Trump to claim a media victory, and then string out the negotiations for as long as it takes until Trump is voted out of office. If Kim Jong Un can successfully buy off the threat of war with a few platitudes, some flattery of Trump and a handshake, why is a similarly pragmatic course of action deemed to be impossible by the mullahs in Iran? The mullahs could even make such negotiations conditional on the lifting of the US sanctions against Iran. Europe and the rest of the world would readily support Iran in such a move.

The question probably comes down to motive. Just as the US cannot come up with a compelling motive as to why Iran would attack Gulf shipping and thus deliver to its enemies (Israel, Saudi Arabia, the UAE, Egypt) the war that those enemies are urging the US to launch… one also has to ask for a motive as to why the mullahs are so resistant to using negotiations as a tactical weapon. The Rouhani government and Foreign Minister Javad Zarif are born pragmatists. The Revolutionary Guards on the other hand, are making a tidy profit under sanctions from the black economy and the smuggling routes they control. So the Guards do have something to lose if negotiations occurred, and sanctions were lifted.

As for the religious hardliners… no doubt, the mullahs will be welcoming any revitalisation of the otherwise widely discredited Iranian Revolution that the external threat of war now conveniently creates. Under the shadow of joint US/Israeli/Saudi threat, the Iranian public will naturally rally to defend their country. Negotiations with the Great Satan might be being seen as weakening that unification process, no matter how suicidal Iran’s intransigence may be. Even more scarily, there are religious hardliners on both sides of this dispute – the Christian extremists in Washington and the mullahs in Teheran – who believe literally in the final conflict theology of Armageddon. War is to be embraced. It is after all, God’s plan for the Middle East.

In her own clarion call for restraint and common sense by all sides, Taylor Swift’s new single equates her celebrity persecution with the “shade” (the exact wrong term in this context) commonly thrown on the gay community. So unfair, so unfun! Predictably, the Internet has been aflame at this (a) revival of the persecution complex behind her Reputation album and (b) the trivialisation of the struggles faced by the gay community, which won’t be dispelled by this array of cheesy/cheery stereotypes and lashings of corporate Gay Pride positivity. Finally, the outbreak of peace with Katy Perry that ends the video has not been universally well received… although at least the end of their celebrity feud is expressed by a hug, and not by the now clichéd celebrity same-sex kiss. This Atlantic essay chews over most of the bones of contention.

IMO, Matthew Perpetua is right. This is a good pop song that he’d have preferred to have contained lyrics about any other subject – running a charity mini-marathon, buying sweaters, loving her cats, golf, a patio party etc – than this one.