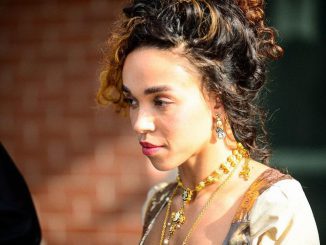 Most “best of” lists arrive in summer at the end of the calendar year, when things are winding down and the stakes don’t seem so high. But at this mid-point, as we’re heading into the cold… it seems like an ideal time to list a few albums and tracks to keep the wolves of winter at bay. No objective truths, rankings or points out of ten are meant or implied by this list…

Jai Paul: “Do You Love Her Now” Back in 2013, the London electronic producer/songwriter Jai Paul released a cluster of spectral r &b tracks that left people groping for ‘Prince crossed with Burial’ comparisons. And then he vanished, taking most of those tracks with him. (They’re now back on Spotify. Look for the title Leak 4-13 Bait Ones.) Well, last week Jai Paul returned with two tracks “Do You Love Her Now” and “He” that prove he’s lost nothing in the interim.

Personally, while I get the reasons for the comparisons with Burial (who cast a very big shadow from the mid 2000s onwards) the other ghost in Jai Paul’s attic seems to be the late J Dilla and the Donuts collection he released three days before he died in 2006 of lupus, at the age of 32. Ten years ago, I tried to write an essay about Dilla’s legacy and for what it’s worth, that flailing attempt can still be found here.

Supposedly, Jai Paul now has an album in the works. In the meantime, here’s one of the new tracks:

Also here’s one of his 2013 cuts called “All Night” and the images in this fan video are worth checking out in their own right.

Jamila Woods: Legacy! Legacy! While the track titles from the Legacy! album ( “Muddy” “Baldwin” ““Eartha” “Basquiat” etc) might suggest a curated tour of black culture heroes, Jamila Woods is really doing what all good artists do – namely, she’s taking the legacy and bending it to her own personal creative purposes. (For instance, she uses the living arrangements of Frida Kahlo and Diego Rivera on the “Frida” track as a metaphor for bridging her own isolation.) The outsider stance that she naturally slips into actually reminds me a lot more of one of her contemporaries, Janelle Monae. Aliens alike. Just because she’s born here, doesn’t mean she’s from here.

I’ve picked live versions to illustrate Woods’ talent. Here’s the beautiful version of “Way Up” from her last album and “Baldwin” from the new one:

Sacred Paws: Run Around the Sun

Last time around in 2017, the defiantly unglam duo of Rachel Aggs and Eilidh Rogers scooped most of the major awards in Scotland’s music industry with their Strike A Match EP and this new album marks a natural progression. At first hearing, Aggs has mastered the same sparkling West African guitar tones that so captivated Vampire Weekend, but by her own admission, the real template for this album was the headlong, propulsive guitar lines that Carrie Brownstein brought to Sleater-Kinney’s The Hot Rock album. (The vocal lines she trades with Rogers are reminiscent of the classic Carrie Brownstein/Corin Tucker interchanges.)

Again at first hearing, Sacred Paws might seem gossamer light. (They do like Carly Rae Jepsen a lot , too.) But there’s more to it. This seems an entirely valid, post-riot grrl way of blowing past the anxiety that the lyric conversations contain, but to which the music never surrenders. This band is more about maintaining onwards momentum than denial and retreat. And talking about talking it out, here’s the album’s opening track “The Conversation” …Also, check out the confident acceptance of fate in“Voice” that the song nails so beautifully …”I don’t know where I’m going, I don’t know where you’ve been, but I know I’ll see you again…”

FKA twigs: “Cellophane” It’s usually misleading to read autobiography into music, but it’s hard NOT to read the track/video for this very eloquent breakup song as a commentary on the public split between Robert Pattinson and FKA twigs. I’ve included two versions here. The official video references the myths of Icarus on one hand, and Persephone on the other, plus the video also showcases the incredible pole dancing expertise that twigs developed last year to build her strength back after a serious illness. The other version is a solo piano and cello live take that’s equally impressive. “Cellophane” is a great, achingly desperate song.

Slowthai: “Doorman” The niche that British rap/grime occupies hasn’t really crossed into whatever passes for the “mainstream” these days…. but the niche that contains Stormzy, Slowthai, Octavian etc has now grown to be as big as that shrunken middle ground anyway, so that’s really beside the point, I guess. Despite flatlining on his last couple of singles, Octavian still strikes me as the bigger talent…but on this track, Slowthai’s oft-declared debt of gratitude to Dizzee Rascal gets tucked neatly into this account of a busy night out clubbing in old London town, which gets book-ended by lashings of mock social commentary:

Nilufer Yanya: Miss Universe Still only 23, Nilufer Yanya has been touted as a next big thing for about three years now, and the debut album she finally released in March has fully lived up to expectations. Even when her vocal inflections and guitar lines hew closer to convention, she bends them in interesting, jazz-inflected ways. “Paralysed” is one of the most accessible cuts on the album, and I’ve thrown in a very good live version of the spikier “In Your Head” single…

Tyler, the Creator: Igor OK, this is another epic breakup album that ranges across the whole spectrum of rejection – love, resentment, attempted friendship, jealousy, longing etc etc – and not merely track to track. The whiplash sometimes comes between verses or even line by line and (mostly) the music keeps up with Tyler’s mood swings, and even grounds it in that relentless buzzing presence that misery makes its own. As he says at one point Janis Joplin spillin’ feelings, now he’s moppin’ them… and he’s game enough to cast himself at times here as the janitor of heartache. Breakups do involve such real, but ridiculous, shit.

Big Thief/Adrianne Lenker: U.F.O.F / abysskiss Someone once said that Adrianne Lenker is roughly what you’d get if Emily Dickinson picked up a copy of Court and Spark. I can’t really separate Lenker’s work with Big Thief from her 2018 solo album abysskiss, partly because she’s such a dominant force in Big Thief, and partly because two of the cuts on the new album offer new versions of tracks from the solo. Clue: abysskiss is even quieter, but just as intricate, lyrically and melodically… Here’s “Century” from the new album, and for newbies, the mesmerizing live version of Lenker’s signature song “Mary”.

Holly Herndon: Proto If anyone had never heard Sacred Harp singing before, the way Holly Herndon uses it on the “Frontier” track on this new album may be a revelation – but for people aware of the Sacred Harp tradition, there are even better discoveries to find on these very personal (but also very Bjork-like) transformations of the human voice. If you like this track “Eternal” other wonders await on Proto – and on her earlier albums:

Sleater-Kinney “Hurry On Home.” Anarchy is an over-rated concept in ‘rock’ music that its usually been a power trip for the musical god (Iggy, Jim, Mick etc) in control of what he has wrought. What made Sleater-Kinney a genuinely liberating force was the three dimensional democracy of chaos that Janet Weiss, Carrie Brownstein and Corin Tucker brought to the stage during their classic decade 1996-2006. On the One Beat and The Woods tours in particular things would routinely flirt with disaster as the centre of gravity shifted between the three of them in the heat of the give-and-take… Maybe, I used to think, this was like Coltrane’s final period might have felt a bit like.

All different now of course. These days, Sleater-Kinney feel like respected older aunts who get together occasionally in ways that respect the legacy, but where the stakes are lower. This time around, St Vincent is in the producer’s chair, and “Hurry On Home” is one of Carrie’s jokier pop songs, about self-deprecating lust. Personally, her mannered singing has been something of a barrier ever since “Combat Rock” but the drum sound here is awesome. Finally, this is Janet Weiss as she was meant to sound. It will be interesting to see what Corin Tucker brings to the proceedings next time around, when she’s fully engaged.

Old Stuff, Recently (Re-)Encountered. OK, none of us experience music in a strictly linear fashion and that means always playing catch-up with what’s been missed en route. In the past 12 months I’ve belatedly come across good/old albums by bands like the Scary Jokes, Posse and American Football…and will anyone ever exhaust the ranks of great, little known 1960s female soul singers? (If Doris Allen ever made a bad record, I’ve yet to hear it. “Kiss Yourself For Me” and “Shell Of A Woman” are great records that never found a wide audience.) So here’s another couple of soul tracks stumbled across belatedly…the innocent purity of Wendy Rene’s singing and writing in the mid 1960s is/was a little world of its own, although this cut is one that she did with her brother and that they released together as the Drapels.

And here’s a sample of the Scary Jokes’ equally personal dreampop, alongside one of their spiritual foremothers: Vivian Goldman’s great “Launderette” track from 1981: