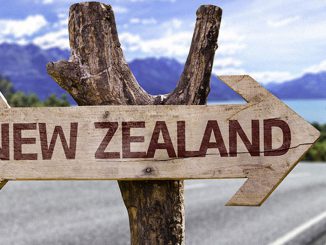 Only six months ago, the jury was still out on whether the Ardern government would enter the history books as a radical force for change, or as mere tinkerers with the status quo. That verdict was always going to hinge on the fate of (a) the Tax Working Group and its ideas on tax reform and (b) the Welfare Expert Advisory Group (WEAG) and its ideas for welfare reform – with both groups delivering their final reports in mid-February.

Disappointingly, the coalition government has chosen the path of least resistance. On indications to date, there will be little change to the status quo of tax and welfare settings. (Through its Budget Responsibility Rules, the centre-left had already surrendered to the current economic settings.) With alarming alacrity, Labour dropped the capital gains tax (initially a Greens idea, and promoted by the TWG as an overdue injection of fairness into the tax system) at the first sign of opposition from New Zealand First. Both Labour and the Greens have now decided that looking soft on welfare would be too politically risky to contemplate.

If that sounds a bit melodramatic, keep in mind that – for the Greens at least – having a fair and comprehensive welfare system used to be a foundation principle. (By contrast, Labour has long had misgivings about treating the beneficiary poor with the same compassion as the waged poor.) In recent years though, both Labour and the Greens have won a ton of voter goodwill by railing against the mean-spirited nature of the current welfare bureaucracy both for what it does, and for what it fails to do.

In the end though, only a tiny handful of the WEAG recommendations have been picked up – and even then the implementation of the main change it has embraced has been unnecessarily delayed. As Sue Bradford has pointed out, both Labour and the Greens campaigned in 2017 on scrapping the welfare sanction that penalized families if a female beneficiary (fearful of the consequences) could not, or would not, name the father of the child she was raising. Why then, is the Ardern government postponing change to this flagrantly punitive measure until next year?

As Bradford says, this sanction could have been axed on Day One of the coalition government taking office. Instead, abolition will have to wait until April 2020, nearly two and a half years into the coalition’s first term of office, and no back-dating for the women and children previously penalised is envisaged. Oh, and 263 more frontline staff will be employed by MSD over the next four years, and there will be some minor fiddling with the abatement levels for any added income earned by beneficiaries. End of story. That comprises the entire government response to this 216 page, $2 million report, with its raft of 42 specific recommendations and urgings (p.32) about the need for substantive, structural change:

The welfare system of New Zealand is the product of decades of amendments to the Social Security Act. Some amendments were ad hoc, some were attempts to adapt the system to social change and others focused on short-term cost cutting. In recent years, the focus has been on tight targeting and increased conditionality, with concern for the fiscal impact and number of benefit recipients. The overall result is a system that is badly in need of repair and no longer fit for the needs of New Zealand in the 21st century.

The tokenism of adding 66 extra frontline staff a year around the whole country is evident when placed against what the WEAG report says about the system’s current weaknesses in frontline expertise and resourcing:

Expectations to take up paid work have increased, but support to enter and remain in work has steadily declined over many years. This is reflected in a long trend of falling resources, lack of specialist and expert employment case management, limited access to case managers, and limited support for people entering work, or at risk of entering the benefit system. Large numbers of people receive very limited employment support despite facing explicit work expectations. These systemic weaknesses contribute to high rates of ‘churn’ where people enter work (or education) for brief periods before returning to the benefit system. This is especially true for young people, Māori, Pacific People and people with health conditions and disabilities. It is also particularly marked for those churning through the criminal justice system.

To get a sense of the myriad opportunities for genuine reform that are being shelved, one should read (a) the full report available here and also (b) the excellent summation (and justifiably infuriated response) by Sue Bradford available here.

Minister Carmel Sepuloni has hinted that this month’s “Wellbeing Budget” might offer some relief to beneficiaries, but don’t hold your breath. Talking of wellbeing though, the WEAG report (p 8) treats significant welfare reform (and benefit increases) as being essential to any genuine lift in social and personal wellbeing:

Living in poverty often results in long-lasting, poor outcomes for benefit recipients, their children, families and whānau, and society. Evidence is strong of the negative effects that poverty has on a wide range of children’s outcomes, including cognitive development, school attainment, health and social, emotional and behavioural development. Evidence is also emerging of poverty’s negative impacts on the mental health of people of all ages. The Government must urgently increase the incomes of people in receipt of a benefit and in low-wage work and maintain these increases over time so that they keep pace with the incomes of the rest of the community. It must also reduce the barriers to people accessing this support and commit to a social security system where people are treated with dignity.

Even if the Budget does offer some relief to those on low incomes, changing the tax brackets is a very blunt and limited substitute for welfare reform. Labour and the Greens may be about to jointly pursue a version of “welfare reform” that doesn’t differentiate between the waged poor and the beneficiary poor…but this would hardly amount to acting on the courage of their convictions. Once again, the centre-left’s parliamentary leaders seem terrified by the fiscal implications of their own ideals. Fierce as lions in opposition, timid as lambs in government…its an old story.

By contrast, what did the Welfare Reform Advisory Group say should be done? As mentioned, it listed 42 key recommendations (and made a lot of related suggestions) about what could and should be done ASAP. Here’s a sampling of what the WEAG had in mind. At recommendation 5, it called for the welfare bureaucracy to measure (and publish annually) the adequacy and uptake of entitlements, broken down to identify those groups who are most in need of remedial support:

Recommendation 5: Direct the Ministry of Social Development and Inland Revenue to publish yearly, whether as part of their Annual Reports or Statement of Intent, or as a standalone report, information on key outcomes for those interacting with the welfare system, including information about full and correct entitlements, take-up rates of payments, employment outcomes, the impact of employment supports and services, and after-tax and abatement earnings.

Basic information, you would think. Other recommendations seem equally compelling for any true centre-left government:

Recommendation 11 Remove some obligations and sanctions (for example, pre-benefit activities, warrants to arrest sanctions, social obligations, drug-testing sanctions, 52-week reapplication requirements, sanctions for not naming the other parent, the subsequent child work obligation, and the mandatory work ability assessment for people with health conditions or disabilities).

Under the section to do with the reform of income support – which it said needed to be tackled urgently – the WEAG listed ten principles essential to a thorough redesign of the income support system. It then moved onto the need to lift benefit levels that have never recovered from the cuts imposed by Ruth Richardson nearly 30 years ago. The mainstream media has been reporting that the WEAG is calling for a 47% increase in benefit levels, which PM Jacinda Ardern has already said won’t happen. In fact, recommendation 20 cites the 47% increase as being only at the very top end of the range of possible increases:

Recommendation 21: Fully index all income support payments and thresholds annually to movements in average wages or prices, whichever is the greater. Index Accommodation Supplement rates to movements in housing costs.

Recommendation 22 Consider introducing a Living Alone Payment that contributes to the additional costs of adults living alone (without another adult) on a low income etc….

The market fails the vulnerable, and actively generates more of them. Among the Neanderthals on the right though, there will always be opposition to anything other than bread and water for those dependent on state support. At the same time however, business happily pockets its own corporate welfare, in the shape of r&d tax incentives. That’s because the private sector expects the state to pay for its own future innovation needs, even as it is doling out dividends to shareholders.

Many have poor outcomes. Many receiving a health and disability benefit have mental health conditions that are not well supported. Ill-health and disability caused by a variety of social, economic, psychological and biomedical factors may make it more difficult to access the welfare system. Unemployment has a detrimental impact on the health and wellbeing of benefit recipients. However, policy responses have had a limited impact on improving outcomes for recipients of health and disability benefits, and long-term receipt of such benefits is common. People with health conditions or disabilities in the welfare system receive much less generous, means-tested payments and face difficulties accessing health services, compared with those eligible for accident compensation. The amount of financial assistance that people may receive from the Accident Compensation Corporation (ACC) is usually higher than that provided by MSD for the same level of incapacity.

In sum, the WEAG report is a succinct, well argued call to action on welfare reform, based on (a) fairness and (b) the social, personal and economic benefits of doing things better with regard to vulnerable New Zealanders:

One can sympathise (a little) with the coalition government as it contemplates the legacy of neglect – and the raft of punitive policies that went with it – that it has inherited from the last National government. Still, it is becoming plain that leadership on social justice issues cannot be entrusted to the political micro-managers that dominate the Labour caucus. Nearly two decades into the 21st century… you’d think that taking steps to redress the damage done to the benefit system by the failed neo-liberal zealotry of Ruth Richardson would be a no-brainer. It hardly amounts to socialism. But Labour sems to be running scared, regardless.

Finally, welfare reform is a policy area where the (hitherto invisible) Greens should be calling for major remedial action. Unfortunately… just as the capital gains tax has been swept off the table for a generation or more, so (seemingly) is welfare reform. As Bradford says, it looks as though change in this area will have to come from a party that’s not yet in Parliament.