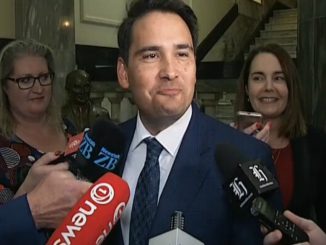 No doubt the Police will carry out their investigation of the Treasury Budget hack with more courtesy and nuance than they showed when pursuing the source of those Dirty Politics emails.

Meaning: it seems unlikely that Simon Bridges’ home will be raided by Police while he’s out of town, his computer seized, his banking and travel documents obtained and perused, and his daughter’s personal belongings ransacked.

If Police have been slow learners when it comes to how they should lawfully respond to cyber breaches, Treasury also seem to be very slow on the uptake. By their own account, their most sensitive secrets came under attack circa 2,000 times since midnight on Sunday, and yet Treasury boss Gabriel Makhlouf didn’t learn about this for nearly 48 hours. Surely in Budget week such a concerted attack on Treasury’s top secrets should have been red-flagged immediately, given that the attack appears to have been ultimately successful.

“Appears” being the operative word, since at this point National leader Simon Bridges is claiming that the Budget information he released yesterday was not derived from hacking. We just have to take his word for that, since Bridges is refusing to indicate how else he obtained the information. Maybe he is protecting his sources, maybe he is maintaining a façade of plausible deniability. Maybe we’ll never know.

Maybe… it is all a storm in a teacup. The ordinary citizen could well be asking – what is the public interest that is being served here by the Bridges leak, as opposed to the usual political games of one-upmanship? The actual Budget information will be released tomorrow. What the Budget actually holds and how it may affect the public will soon become apparent. In the interim, National has no doubt successfully spoiled the Budget launch and dented the credibility of the government (and Treasury) as competent managers. That’s very important stuff around the Beltway, but – for obvious reasons – the public will be more interested in knowing whether this Wellbeing Budget truly advances their wellbeing. And if so, how and when?

Bridges is no stranger to being enmeshed in scandals concerning leaks of information soon to be made public anyway. Last year, his lavish travel expenditure got leaked only a couple of days before it was due to be made public – but subsequently, the pursuit of the identity of the leaker became a far, far bigger story for the media than the $113,000 cost to the taxpayer of funding Bridges for his ‘get to know me’ travelling roadshow, $83,000 of which had been spent on Crown limousines. Around the Beltway, it became a story about caucus (mis)-management, and the troubles of Jami-Lee Ross.

Same story today. The scandal, the to and fro of accusations and the pursuit of the leaks is getting far more attention than the implications for the public of the leaked content. On that point… the leaks were partial, in that details of only 18 out of 40 Budget votes were revealed – and then only for the current fiscal year, rather than for the ensuing four year period that is the usual way in which Budget expenditures are framed. The big ticket item that the leak contains is a figure of $1.3 billion for the purchase of the Poseidon surveillance aircraft to replace the Orions.

But, but… the Poseidon purchase was announced way back in July 2018 by Defence Minister Ron Mark as a $2.3 billion deal, and so this one year allocation hardly counts as a revelation – and the eventual real cost of the Poseidons is likely to end up being close to $3 billion. (Similarly huge amounts are going to be required to replace the ageing Hercules airlift fleet.) As Werewolf has been arguing since early 2016 and subsequently here, and also in this column about the Orions, the amounts that are being allocated for Defence far exceed and will inevitably crowd out the money available for social spending and/or to settle the likes of the teachers strike. That should be a big story, and it is (arguably) a debate the country needs to be having. Werewolf will be revisiting those priorities as soon as the actual four year projections for Defence spending are confirmed in tomorrow’s Budget. It seems a more important topic than whether Grant Robertson has been mean to National, or whether National has been willing to entertain the laundering of stolen goods. But I guess “Bridges leaks Budget stuff – nothing new in it ” wouldn’t be quite so entertaining for the media.

As an aside… it has been difficult to watch Bridges bemoan the fact that the Poseidons spendup will undermine the intentions of the Wellbeing Budget. In what alternative universe would a National government be refusing to spend the same amounts – or more – on Defence, in order to put it into health and education instead? Three years ago, here was Defence Minister Gerry Brownlee brushing aside the Treasury warnings about the cost blow-outs occurring in Defence purchasing:

If only Simon Bridges could be as forthright.

Talking of defence and offence, it’s good to see the launch of a new NZ lobby group for gun law reform.

As the Ardern government ponders the politically trickier part of its gun law reform agenda, the loud voices of the pro-gun minority are coming through loud and clear – especially on the litmus issue as to whether all guns should be registered. Marshalling the resistance to that eminently sensible proposal is the current top priority of the pro-gun lobby. Hopefully, the Gun Control NZ site will become a rallying point – and a factual resource – for those in favour of a more sensible, safe and balanced system of gun control in this country.

Bizarrely, the Kiwi pro-gun faction tends to import and adopt the paranoid, persecuted stance of the US gun lobby, even though it bears little relevance to New Zealand. Thankfully, the religious extremism that underpins the US stance on gun control is not nearly as prevalent here. This satirical Reductress headline captures the US lunacy on abortion law, and gun law.

I want any young men who buy a gun to be treated like young women who seek an abortion. Think about it: a mandatory 48-hours waiting period, written permission from a parent or a judge, a note from a doctor proving that he understands what he is about to do, time spent watching a video on individual and mass murders, traveling hundreds of miles at his own expense to the nearest gun shop, and walking through protestors holding photos of loved ones killed by guns, protestor who call him a murderer.

After all, it makes more sense to do this for young men seeking guns than for young women seeking an abortion. No young woman needing reproductive freedom has ever murdered a roomful of strangers.

Exactly. Regardless, Alabama and other states have framed their insanely restrictive abortion laws around the presence of a fetal heartbeat – even though at the six to eight week barrier envisaged, fetuses don’t have hearts. What is being detected by the monitor is merely a communication between cells.

Maybe once again, the Reductress site has identified the power dynamic at work here.