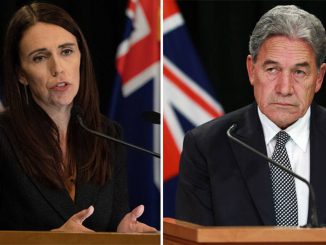 With the wisdom of hindsight, the Labour/Greens combo never did have the numbers to get a meaningful capital gains tax (CGT) across the line. New Zealand First was unlikely to abandon the Mum and Dad property investors and small business owners who still comprise a vital part of its incredibly shrinking political base. In the end, the realpolitik prevailed.

As PM Jacinda Arden said yesterday, there was no point in Labour bringing a proposal into the House that it didn’t have the votes to get passed. Looking back, maybe she always felt this outcome to be inevitable. This year, she certainly didn’t spend any political capital in trying to sell the wider public – let alone the business community – on the long term virtues of New Zealand having a capital gains tax. She says she personally supported it, but she didn’t do much to champion it in the final stretch.

So where does that leave us? As a result of the CGT’s demise, the income earned from speculation – or generated by the mere escalation in house prices – will remain exempted from tax in this country, while income earned from wages will not. We will remain the only democracy in the entire Western world not to tax capital gains. BTW, this doesn’t necessarily mean that we all have an ingrained hostility to paying taxes. Some evidence exists to suggest that most of us would be willing to forego tax cuts if that meant we got better social services.

Apart from a few politicians, who were the big winners from yesterday’s decision? That’s easy: the people on the topmost rungs of the wealth ladder. By the Tax Working Group’s own calculations, 10% of the population own 70% of the assets that stood to be taxed, while the bottom 70% have only 10% of such assets, and the 30% of lowest income earners have merely 1% of them. In fact, if they have a good tax lawyer, high earners can find ingenious ways to transform their ordinary taxable income into untaxed capital gains.

So… is it fair that the country’s top 10% will continue to enjoy tax–free earnings for the foreseeable, while ordinary wage earners have to pay tax year in, year out? Of course not. On strictly economic terms, it also isn’t very smart – or efficient – to incentivize people to buy up property for the capital gain, rather than encourage them to invest in the productive parts of the economy.

There’s a degree of generational theft involved here, too. Young people saddled with student debt, facing uncertain employment prospects and shut out of the housing market will have to continue to watch from the sidelines while housing speculators – who have contributed to those unaffordable housing prices – steadily amass wealth that’s unchecked by tax liabilities. Opportunity will shrink for those left outside the property-owning circle.

Demographic factors are likely to see this situation deteriorate even further. As the population ages, fewer young people will own wealth-generating assets, an increasing ratio of which will be held by older voters who vote more regularly. In that respect, the Labour Party could end up facing the same divisions that are currently plaguing the US Democratic Party – where the party’s activist base is increasingly radical, but the bulk of the party’s voting turnout is older, more conservative and disproportionately keen on the likes of Joe Biden.

It’s pretty hard not to feel pessimistic about the long run consequences. On both income inequality and climate change, the economic settings that are destroying us are largely being perpetuated by the old and the selfish, who are being cheered on by the trust fund kids of the political right.

True, a CGT would not have been a silver bullet when it comes to housing prices, but at least it would have (a) lessened the incentives for speculative investment (b) made productive investment more attractive and (c) made the tax system significantly more fair and (d) better equipped it for the task of re-distributing wealth. That’s why the Tax Working Group stressed that the CGT’s main contribution would have been in helping to create a fairer tax system, rather than bringing house prices down any time soon.

Certainly, it would have been fascinating to be a fly in the wall in the recent “ negotiations” on the CGT between the coalition partners. Reportedly, NZF was opposed to any and all forms of CGT, while Labour’s last desperate pitch was for a less-than-useless CGT levied only on those reaping capital gains from rental properties.

Clearly, no one exactly enjoys paying taxes. Most of us however, do welcome the services that the revenue from taxes makes possible. We all want kids to grow up without getting rheumatic fever, and old people to live in dignity. Taxes happen to be a necessary element in that social equation. Yet as a consequence of yesterday’s CGT decision, a fairer re-distribution of wealth will now have to be carried out – if at all – by other means.

In passing, it has to be said that the scare tactics used against the CGT were of vintage Fox News standard. In recent months National (and its Act subsidiary) have painted the CGT in lurid terms, as another hideous tax burden imposed by a heinous ‘tax and spend’ coalition government. In reality, the CGT would have been revenue neutral, in that the revenue it collected would have been funneled straight back into support for those on low and middle incomes. Other means, and other revenues will now have to be found for that purpose. No small ask, given that a CGT was being expected to raise circa $3 billion annually when fully implemented.

Despite all the nightmare rhetoric on tax emanating from the centre-right, New Zealand actually has one of the least onerous tax systems (for those on high incomes) in the developed world. Incredibly, we start taxing income from wages on everything from zero to $14,000 annually at 10%. We also operate with relatively small differences between our low, middle and high income rates – such that our tax rates top out for high earners at 33%, and we then make no tax rate distinction between those earning say, $70,001 a year, and those earning five times that amount. In New Zealand, the tax system simply doesn’t re-distribute wealth in any seriously progressive fashion. We’re pikers on wealth re-distribution, by OECD standards.

The tendency to tax consumption (via GST) also penalizes the poor, who have less discretionary income. Meaning: the poor have less ability to save or to defer spending on the essentials that consume all of their income, and more. Undoubtedly, the CGT would have helped to address some of these very unattractive aspects of our tax system. It alone would not have magically transformed tax inequities overnight, or vanquished them single-handedly. Defeating the CGT though, is another victory (in particular) for the luckier members of the boomer generation, who have made an art form out of kicking the ladder out from behind them.

Footnote: Should Labour have called Winston Peters’ bluff, and forced New Zealand First to swallow a CGT by making it a confidence and supply issue? The trouble with that approach – while no doubt very entertaining for the commentariat to watch – is that on past performance, Peters would have walked rather than buckled.

This would have collapsed the government and forced Labour into a fresh election this year on the only terms likely to push NZF over to the other side of the House, and to put Simon Bridges into power: namely, an election fought on tax policy. In the ensuing campaign Labour would have been demonised as the Tax Monstering Socialists, and Peters/Bridges as the brave defenders of the ‘overtaxed’ public. Thankfully, Labour chose not to play Russian roulette with that prospect.

On the same day the last rites were being said over the capital gains tax, the latest inflation figures came out.

Apparently, the cost of cigarettes and tobacco continues upwards through the roof – with a 9 per cent rise over the last quarter and a 7.7 price rise annually overall. As a result a pack of 25 cigarettes cost $37.48 in March, up from $34.57 only last December. One cigarette now costs about $1.50.

But hey hold on, the Statistics Department concludes: “Inflation was low in the March 2019 quarter because of falls in the prices of petrol and international airfares.” Right. So, apparently, the people struggling to pay for their smokes at the supermarket can take comfort from the fact that the price of getting to the Amalfi Coast for their winter holidays just got cheaper. So, maybe we’re not measuring the price fluctuations in any basket of goods that’s relevant to most New Zealanders. By the way, the cost of non–tradeable goods and services rose by 3% in the past year. So much for inflation being low to non-existent. In the real world, prices are going up.

Footnote: Yet because inflation is deemed to be flat-lining, the Reserve Bank is widely expected to give exporters a handout by cutting interest rates, which will send the dollar tumbling downwards in value, thus making that overseas holiday less affordable for everyone. Not to mention that this will push up the price of all imported goods – including petrol – in the process. Somehow, that expanded list of factors that the Reserve Bank is supposed to consider doesn’t seem to be providing us with much of a safety net. Quelle surprise.

As we’re edging closer to the end of the decade, those ‘best of’ songlists are starting to emerge, and this remorselessly unwinding track by Colleen Green – which I’d always thought of as a private obsession – is starting to appear on some of them. As Matthew Perpetua recently wrote, the autocorrect on almost every line of this song is yikes/yikes/yikes… Basically, the singer wonders if she’ll ever be able to escape her sense of aloneness, which has become a palpable presence: “How can I give you my life / when I know you’re just gonna die?” etc. Intimacy is desired, but also shunned for reasons deeply held. Deeper than love, anyway:

And the only best friends
I ever made
Were people I knew I didn’t have to see every day
The closest to true love I ever came
Was with someone I kept many miles away
Cos I’m wary of eliminating distance
This could surely be the death of
Any romance
Cos I’m shitty and I’m lame and I’m dumb and I’m a bore
And once you get to know me you won’t love me anymore
And that possibility worries me the most
Not harm or abuse or becoming a ghost
It’s the closeness, the intimacy
I’m afraid, it might kill me…