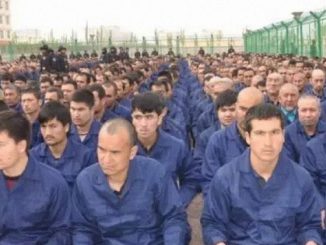 Fairly and otherwise, the media often gets criticized for not speaking truth to power, especially on human rights issues. Why didn’t the media ask the government to take a stand on the dreadful human rights situation in Brutopia, or Thuggovia? And if our media did, why didn’t our politicians then raise those issues with the leaders of Brutopia while visiting that well-known human rights hellhole?

At this week’s post-Cabinet press conference, PM Jacinda Ardern gave us a glimpse into how formulaic the raising of such concerns has become. Shortly, she will be paying a flying one-day visit to China – which, as has been widely reported, has serious human rights violations on its record, including its systematic persecution of dissidents, journalists, and the country’s ethnic and religious minorities. Here’s how Monday’s press conference exchange on the human rights dimension of Ardern’s upcoming China visit went:

Media: Prime Minister, do you plan to raise the persecution of the Uighur Muslims when you’re in China?

PM: I tend to give general topics when I—before I go into meetings and then answer more specific questions when I come out of them, so happy to engage at that level again. It’s fair to say I have raised the issue before, and I have raised human rights issues before.

Media: So do you plan to, in the current climate and given what’s recently happened?

PM: I actually haven’t sat down and gone through my intent over bilateral, but given I’ve raised it before, that should give you an indication.’

Hmm. So… human rights do get put on the “general topics” list heading in, and any subsequent media questions do get fielded afterwards. New Zealand has human rights concerns. These might extend to the treatment of X persons or Y groups. Fine. Duly listed, and duly noted. Now, what about those remaining barriers to finalizing a free trade agreement with Brutopia?

It may seem an inadequate process – and it is. It is also difficult to imagine that even a moral lecture by a New Zealand PM would do much to improve the lot of the persecuted, or make the tyrants mend their ways. The only worthwhile and achievable point would be to make it clear what behaviours this country regards as intolerable, and whether anything at all would qualify as a deal breaker when it comes to the pursuit of more lucrative trade links.

On that point, the media questioner’s reference to “in the current climate and given what’s recently happened” was a delicate way of raising the recent (and horrendous) evidence of China’s human rights violations. Notably, these include the punitive mass surveillance by the Chinese state of its Uighur peoples.

The “Muslim tracker” system involved records the movements of some 2.5 million members of the Uighur population in Xinjiang province and reportedly “includes 6.7m location points that residents had passed in the last 24 hours, including mosques, hotels, police stations and internet cafes. Trackers can be CCTV cameras as well as handheld devices equipped with cameras or ID scanners.”

This repressive surveillance apparatus has led to the imprisonment of up to a million Uighurs in internment camps for re-education and indoctrination purposes.

This ongoing persecution of the Uighur and Hui ethno-religious minorities is a direct product of the “Sinicisation” of religion programme outlined by Premier Xi Jinping in an April 2016 speech whereby the state would “actively guide the adaptation of religions to socialist society, an important task in supporting China’s religions’ persistence in the direction of sinicization.” In his report to the 19th Party Congress a year later, Xi repeated this same intention: “We will fully implement the Party’s basic policy on religious affairs, insist on the sinicization of Chinese religions, and provide active guidance for religion and socialism to coexist.”

The current repression of all forms of Islam (and Christianity) that do not meet Beijing’s definition of “co-existence” with socialism (ie submission to it) is the direct result of this policy directive. Mosques deemed to be out of step with “sinicisation” are being closed, and their adherents persecuted. It is not as if Islam is foreign to China. Islam has had a presence there for nearly 1,000 years, and Christianity has been part of Chinese society for 400 years.

If anything though, the process of religious persecution in China is picking up pace:

In January [2019] China passed the five-year plan to Sinicize Islam at a meeting with representatives from Islamic associations from eight different provinces and regions. Few details have been released about the plan, but it is clear that shaping doctrine and traditions to conform to party objectives is central. Similar plans to Sinicize Protestantism and Catholicism in China have already passed, and swift implementation is expected. In Xinjiang, anti-religious efforts have been incorporated into a massive regional crackdown, including the mass detention of Islamic minorities.

To enable the swift implementation of the ‘Sinicisation of religion’ policy, the Communist Party bureaucracy has been re-organised accordingly:

The Communist Party’s ability to implement this has been enhanced by a massive restructuring unveiled in March last year that significantly strengthened its power over state organs. Religious affairs, which were previously co-managed by the State Administration for Religious Affairs and the party’s United Front Work Department, are now completely under the latter. The former has been dissolved, which means all religious organizations now report directly to the Chinese Communist Party. You Quan, the head of the United Front, emphasized: “The party’s leadership over religious work must be upheld.”

Arguably, this policy programme is not merely anti-religious. In the past, Beijing has found it less disruptive to co-opt religion rather than repress it out of hand. Today’s cycle of repression appears to be aimed at reducing the spread of foreign influences. Despite their centuries-long presences in China, it seems that Islam, Catholiciam and Protestantism are all being seen by Beijing as potential channels of beliefs and behaviours now regarded as alien, by an increasingly chauvinistic Communist Party leadership.

So… Jacinda Ardern is about to visit China. The visit will pose something of a test for her recent rhetoric in Christchurch. If she really means that inclusive “You Are Us/We are You” messaging when she refers to Muslims, this surely has to extend to the Uighur Muslims now penned up in Chinese detention centres. (The umma has no borders.) “We” right now, are being imprisoned and tortured in indoctrination camps strung right across Xinjiang province. It would be nice if Ardern spoke up firmly on “our” behalf, before she gets down to seeking ways for New Zealand to enhance its bilateral trade with the camp commandants.

Talking of tyranny… This weekend’s local body elections in Turkey will test the success of President Recep Tayyip Edorgan’s campaign strategy – which has relied pretty much on (a) condemning Western Islamophobia by screening the Christchurch mosque attack video (b) stressing his history of opposition to United States policy in Syria and (c) blaming his domestic opponents for dividing the nation.

Briefly, local body elections matter in Turkey because mayoralties control the patronage system that keeps Erdogan’s AKP party in power, nationally. And voters do need to be distracted: inflation is running at 20 percent, unemployment at 13.5 percent (youth unemployment is 12 points higher), and per capita GDP in falling sharply. That’s where the Christchurch mosque attack video is so very useful, as Foreign Policy magazine pointed out yesterday:

The way he used the footage of the New Zealand massacre at election rallies last week was a horrifying and cheap political tactic, but it was also brilliant. It allowed Erdogan to highlight and reinforce ideas about Muslim solidarity, Turkish leadership, and an unredeemable West that have long been part of his and the AKP’s political repertoire. He clearly understands better than most that political appeals based on identity may have the power to overcome even bad economic news.

Hey, it has worked for him before:

Last year, as the government’s economic mismanagement led to a precipitous slide in the value of the lira and analysts were predicting that Erdogan would have to go to the IMF for help, the Turkish leader blamed the United States and appealed to God, making it a nationalist and religious virtue to oppose the logic of the markets.

This time around, Erdogan has gone so far as to accuse the governments of Australia and New Zealand of actively colluding with the Christchurch shooter:

Turkey’s President Erdogan has accused the West of “preparing” the so-called manifesto of the #Christchurch attacker, saying: “Why is the West silent? Why is the Western media silent? Because they… prepared it and handed it to him..”

And if that despicable lie doesn’t do the trick, he can always rig the results:

Even if Erdogan’s appeal for votes on the graves of 50 fellow Muslims does not work, there is every reason to believe that the AKP will do whatever it takes to ensure the outcome is in their favour.

Asking such people not to behave in this fashion because its not right – as Foreign Minister Winston Peters asked Erdogan to do last week – tends to fall on deaf ears. Yes, Erdogan has seen how the West has admired Ardern, and he cynically joined that international chorus and flattered her in his Washington Post op ed.

Back at home though, few Turks noticed his praise for Ardern. To the crowds at home, he has continued to portray the governments (and media) of New Zealand and Australia as Islamophobes who not only wrote the shooter’s manifesto, but handed it to him and sent him on his way to the mosques. Those tactics will probably serve Erdogan pretty well this weekend.

The father of the young British singer/writer Nilufer Yanya came from Turkey, and the rest of her heritage is Irish, and Barbadian. For the past couple of years, this column has been pushing her as a next big thing – and yay, her Miss Universe debut album has to be a strong contender for best of the year, thus far. The “Paralysed” cut from Miss Universe is one of her more conventional (its almost classic rock at times) tracks, but even then her vocal eccentricities and melodic shifts keep defying easy expectations:

And lastly, again from Miss Universe, here’s the lovely “Tears”