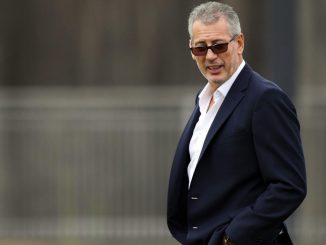 Good grief, 2019 is proving to be such a bad year for the Kiwi way of life, which – patriots beware! – is under attack on all fronts by the IRD. Bad enough in January when some panel of left-wing ‘tax experts’ proposed that (at some point in the distant 2020s) the wealth earned by hard working Kiwi property speculators should be treated by IRD in much the same way as the income from wages! Communism by stealth, obviously. It may be how foreigners do it in some Latin countries and in parts of the former Soviet bloc and elsewhere … and those dangerous ideas may have infected Australia, Canada and Great Britain as well. But it is not how we’ve ever done it here.

Now, would you believe it… a Kiwi tycoon whose staff have worked their fingers to the bone utilizing a Cayman Islands tax haven to bounce loans, interest payments and withholding tax back and forth between various parts of his empire in order to minimize his tax liability… has just been landed with a very large tax bill by the courts, which are clearly working in tandem with those vultures down at IRD. Shocking stuff. Thankfully, yesterday’s High Court ruling is likely to be tied up in appeals for years. Surely, we can all agree that once wealth can be counted in seven digits, it merits entirely different treatment for tax purposes. Otherwise – do we want our best and brightest young people to grow up thinking that New Zealand is a country where the construction of complex tax vehicles for tax minimisation purposes is work that will go unrewarded here?

What I’d like to know is… how many of our so-called senior ‘judges’ were appointed to the higher realms of the judiciary back in the mid 2000s by the then-Attorney General – Sir Michael Cullen – who happens to be the very same fellow now proposing that the hand of the state should be extended to the ruthless taxing of capital gains! For those able to see the links, his plan seems obvious.

It is just not the Kiwi way of life. We hold extremism in the minimizing of one’s tax liability to be no vice. Nor is showing ingenuity in the pursuit of anonymous party political donations. Do we want to live in a New Zealand where it is no longer possible to make large donations to the political party of one’s choice without being exposed to the prying, prurient eyes of the hoi polloi? This is a country where it used to be easy to enable ten willing fellows to “own” parts of a large political donation, such that those constituent parts could sail below the arbitrary $15,000 hurdle set by the watchdogs of socialist democracy. Not any more, evidently. This is no longer the country we grew up in. The nation’s bach-owners must unite, before it is too late.

Footnote: As those young Jills and Johnnies in the press gallery do not seem to realize, a major political party has two constituent parts: the parliamentary wing that solicits political donations, and a party organization that banks them. Ipso facto, the leader of the parliamentary wing cannot therefore be held responsible for whatever the party organisation signs off and banks. Most definitely, the buck does not stop with the party leader. He shall be held blameless. Also, aimless.

Loser. Once again, Conservative leader Theresa May has seen her wretched Brexit deal shot down by the British Parliament, this time to the tune of 391-242. Only a 149 loss this time, compared to the 230 she lost by in December. That’s progress, of a sort.

What happens now? Well, (a) a ‘free’ parliamentary vote will be held tomorrow on whether to rule out a ‘no-deal’ exit and the chaos it would entail, come March 29 then (b) a parliamentary vote will be held on the following day on whether to extend the Brexit deadline, which at this rate would need to be extended by decades for a majority of Parliament to vote for any imaginable form of an exit deal. Further down the track (c) the Theresa May deal could return to Parliament yet again and/or (d) a general election could be called, in which a ‘Remain’ position would still be a liability for Labour in most places outside London.

The pathway to a second Brexit referendum is unclear, but it seems that it would require action by a Prime Minister Jeremy Corbyn, which – judging by the opinion polls – is a scenario that’s unlikely to eventuate. In the meantime, Theresa May is evidently not for turning, even if it means driving Britain off a cliff.

Talking of big thiefs… this is the good one. It is the band fronted by Adrienne Lenker, and this is a version of “Mary” her remarkable hymn about anxiety and loss. Its done here live with a percussion backing that includes the dropping of random fruit and medicine bottles. Really.

During his New Zealand tour last year, Steve Gunn previewed tracks from his new album, and – as in the past – his live versions are superior to the album cuts, which tend to be over-produced in the mistaken pursuit of a wider audience. So… here’s a spare, live version of “Morning Is Mended” which is/was the best of the new songs.

And for old times sake, here’s his live version of “Wildwood.” Among other things, this is a classic piece of Piedmont picking.