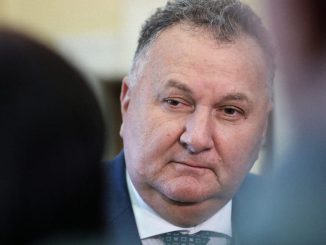 For better and worse, this is a small country, and the business community in Northland is smaller still. Beyond that again, the sources of venture capital for Maori business endeavours up North must be vanishingly small. Therefore, almost from its inception, any major business initiative aiming to benefit the Maori community in Northland is likely to come across the radar of a local Maori politician called Shane Jones, especially since he happens to be heading the Regional Development Fund dispensing a lot of seed monies. Almost every new Maori business venture in Northland, one imagines, would carry for Jones the perception of a potential conflict of interest.

So, what to do – do you declare only those that deliver a financial benefit to you personally, or do you play safe and declare all of them? And if you do that, what advisory role – if any – can you then play to re-assure the decision makers in Wellington that the locals probably know what they’re doing, and that this injection of funds won’t deliver yet another set of screaming headlines about a failed Maori enterprise that has received taxpayer support ? Meaning: unless some new information turns up that shows Jones stands to be personally enriched by the Manea, Footprints of Kupe project, this is not The Scandal of the Century.

Yes, Jones had declared a potential perception of a conflict of interest which as I’ve indicated, could arise with respect to any and all Northland-based Maori development projects. Then, when asked – given that he knows the local area better than the group of ministers making the key decisions – he reportedly indicated that the management being proposed seemed to be reliable. Beyond that apparent re-assurance, he wasn’t involved in the final funding decision, and he doesn’t appear to derive any personal financial benefit from the project. Sure, he may derive some political kudos if the project succeeds. Northland could do with some successes.

So far, the saga has been a beat-up driven largely by the Act Party’s David Seymour, who specialises in a brand of hyperbole that regularly catches the media’s attention because his heightened rhetoric is so deliciously clickworthy. At some point before taking Seymour’s bait, maybe the profession should be looking at Act’s miniscule level of voter support and wondering how on earth a political party that has received such massive inputs of funding down the years could have ended up with only 0.4% support nationwide, and be entirely reliant on a National Party electorate subsidy for its very survival. Meaning: the media goes to Seymour for a reason. And the reason isn’t because his messages enjoy wide public support because plainly, they don’t.

Time and again, Act offers empty clickbait. At this point, the Jones “scandal” looks like it has been another example of the media chasing the clicks.

As things stand, the risk that the Chinese firm Huawei allegedly poses to the West’s 5G networks has mutated since the story first broke in early 2018. Back then the alleged fears were all about security – that a firm that has pledged its allegiance to the Chinese Communist Party could possibly install ‘back doors’ in its gear that could allow Beijing direct access to the back end of our crucial new digital communication networks. So far, those fears have been unfounded and/or are different to those initially proposed:

Germany and the UK have their eyes wide open to the alleged risks Huawei poses to their national security, but they also believe those risks can be managed. Even Chuck Robbins, the chief executive of Cisco — one of Huawei’s main competitors — reportedly suggested on Sunday that fears of Huawei’s 5G dominance may be overblown.

In unison with Huawei, the United Kingdom has set up a laboratory to investigate the alleged threat poised by the company’s gear, and Germany seems about to follow suit. No evidence has emerged that those mythical Huawei back doors actually exist, or have ever existed. For its own part, Huawei says that it would be commercial suicide for the firm to install them, even if it had wanted to. As the (paywalled) Economist magazine reported a couple of weeks ago:

The most prominent exception [to the security concerns about Huawei] is Britain, which allows Huawei’s kit but scrutinises it at a laboratory run by the National Cyber Security Centre, part of GCHQ, Britain’s electronic-spying agency. On February 20th, speaking at a security conference in Brussels, Ciaran Martin, a member of GCHQ’s board, gave the spooks’ view. GCHQ has probed Huawei’s hardware and code for years. It found no evidence of back doors but discovered that Huawei’s code is a spaghettified mess full of holes and weak security.

Such technological failings, the UK has concluded, can be safely managed. When it comes to Huawei products, it seems that the West is not dealing with any direct, intentional plan to eavesdrop – but with a level of coding that might be vulnerable to hacking by all and sundry. In other words, if Huawei poses a problem, it is via technological failings in its code and security measures that could well be amenable to a technological fix. Apparently, Huawei does not pose a security threat per se, that has to be met only, or mainly, via counter-security measures, such as a total ban on Huawei products.

For the US, it doesn’t help that their demonising of Huawei seems to be a form of trade protectionism, in order to drive the global community into buying and installing American products in its 5G networks. Of course, those US 5G products would then be potentially vulnerable to eavesdropping by the spooks at the National Security Agency. As the Economist summed up the current state of play :

Britain’s conditional seal of approval is important for Huawei as a counterbalance to American pressure. Germany and Italy also seem reluctant to ban it. Germany recently opened a test laboratory similar to the one in Britain. New Zealand has blocked an application by Spark, a phone network, to use Huawei’s gear on national-security grounds. But it has not blacklisted the firm outright.

Right. So if the Huawei security problem is chiefly due to technological failings that can be managed – as the UK seems to think – then is our own GCSB or Spark capable of making an independent assessment of the technological fixes required? Or do the GCSB and Spark intend to merely borrow the UK findings? In the meantime, if there really are poor coding/weak security shortcomings in the Huawei gear that’s being proposed for our upcoming 5G networks, shouldn’t we be feeling just as concerned about the likelihood of similar flaws in the Huawei gear that’s contained in our existing 3G and 4G networks?

Black Dresses and the return of electroclash

Oh, nostalgia. Synth meets industrial strength 1980s new wave down at the electroclash junction…It has been 20 years since electroclash was a dominant thing, but the Canadian duo Black Dresses aim to bring it back. If you’re going to be miserable – and there’s a lot of moping music out there that’s claiming extra credibility points for being so very, very sad – then at least bring some retro sonics along, and lend it a dash of colour. Even if the dominant colour is still black: