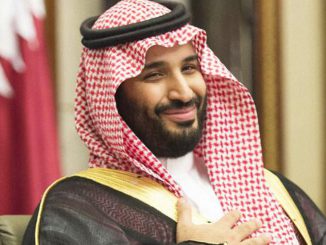 This week, we’ve all been asked to ponder the world’s vital issues, which seem to include whether John Tamihere has been the victim of Big Labour in his frustrated quest for a Labour Party membership card, which might, or might not, have enabled Tamihere to contest the Auckland mayoralty under the party banner (yawn, must stay awake) if Big Labour hadn’t already anointed Phil Goff for the top job. This may, or may not be, an absolute outrage – given that the constitution of the party that Tamihere seeks to rejoin expressly forbids its members from challenging the candidate endorsed by the party.

Meanwhile all but unnoticed, two of the world’s nuclear powers have been preparing to go to war this week. Military action has been ramping up between India and Pakistan over (as usual) the disputed territory of Kashmir. This seems like quite a big deal, even if it doesn’t involve Donald Trump. Winston Peters has called for calm.

The trigger point for this bout of escalation was the February 14 suicide-bomber attack on an Indian outpost in Kashmir, that killed 44 Indian soldiers.
In retaliation, Indian warplanes claim to have struck a training camp of the Jaish-e-Mohammed (JeM) group allegedly responsible for the bus attack, inflicting many casualties. This is either (a) a really dangerous escalation that could go thermonuclear at any moment and engulf 1.5 billion people or (b) fake news, in that it could have been only a symbolic bombing run carried out mainly for domestic consumption back home in India. The Associated Press could find little sign of damage

Several reporters, including an Associated Press journalist, trudged up the Kangaran Nallah hill to the site of Tuesday’s bombing near the town of Balakot, close to the border with Pakistan’s sector of Kashmir. They saw several large craters, a few upended trees and villagers wondering why they had been targeted.

“There are only mud-brick homes here. There is no madrassas. There isn’t even a concrete house,” said 55-year-old Noor Shah who lived about a half-kilometer (a third of a mile) from the site… Two of the dried mud structures were damaged in the explosions but no one was hurt, said Tahir Khan, 45, of the same village. He added that his frightened children refused to let him leave their side to go to work. “No one has been killed, no one has been seriously hurt. But we want to know, what have we done that we were attacked?” asked Khan.

In similar vein, the Pakistani media have insisted no one was killed and nothing damaged– even though the Dawn newspaper editorial still seemed outraged that Indian bombs had fallen upon the precious soil of Pakistan, damage or no damage.

Then again, maybe the Pakistani claims that the Indian attack was ineffectual were also intended for domestic consumption, to help prevent public feeling in Pakistan from going entirely over the top. The truth seemed to lie somewhere between the entire JeM leadership being annihilated and a couple of mud huts being slightly damaged. Whatever, Pakistan leader Imran Khan appealed to Indian PM Narendra Modi “to give peace a chance”.

Since then though, there have been credible reports (with pictures) of at least one Indian jet being shot down over Pakistan, and India is demanding that its injured pilot be returned. A “red alert” has been declared in Delhi’s subway system, to galvanise the public against the threat of a Pakistani attack.

Nervously, the world now waits to see whether the sub-continent’s two nuclear powers can manage their way out of this latest bout of hostilities successfully. As AP pointed out, the February 14 attack in Kashmir was India’s worst military setback in 30 years. It also doesn’t help the cause of peace that India has an election due at the end of May, which will hardly encourage Modi to turn the other cheek.

Talking of nuclear weapons and the world’s attempts at keeping them in check… As everyone knows, the very thought that Iran could (or might conceivably) gain a nuclear capability for itself by oh, 2025 (even though it had stripped itself of the ability to so, via the deal it signed with the US and Europe) has led US President Donald Trump to rip up the deal, denounce the Iranians in bloodcurdling terms and impose sanctions – not only on them but on any other country (friend or foe) that doesn’t feel the same way about Iran that he does.

Meanwhile though, and at the initial prompting of Trump’s disgraced national security adviser Michael Flynn, the US has been enabling Saudi Arabia to pursue a nuclear capability. The Congressional report on this disturbing development can be found here:

The Saudi kingdom’s yearning to go nuclear is – but of course – strictly for peaceful domestic reasons. Given its massive oil and natural gas reserves (not to mention its solar potential) you might well be wondering why Saudi Arabia feels such a pressing need exists for nuclear reactors. Well, the innocent reason is that Saudi Arabia needs nuclear reactors to help de-salinate its water supply. Reportedly, since 90% of its water supply is de-salinated, Saudi Arabia uses about 15% of the oil it produces daily, to meet its domestic needs for water. If the kingdom goes nuclear, that oil could then be saved, and sold on global markets.

Oh, but you may be feeling a bit worried about that other prospect… Maybe Saudi Arabia isn’t the safest pair of hands when it comes to nuclear weapons, and preventing their proliferation. Can the House of Saud be trusted to (b) refrain from militarizing any nuclear capacity it attains and/or (b) to stop such expertise falling into the hands of terrorists? Hmmm.

After all, this is the same kingdom that bankrolled ISIS and al-Qaeda, that provided fifteen of the nineteen 9/11 terrorists, that exports its Wahhabi brand of fundamentalism as far afield as the Philippines… and that jails, tortures and murders its dissidents and journalists, while massacring and starving hundreds of thousands of people in the course of pursuing the civil war in Yemen. Sure… why not let such a regime gain nuclear weapons too, if a few million dollars can be made by a few US firms out of exporting the requisite technology, at a price? Assuming that’s OK with Israel, the Middle East’s only other nuclear power. Because in the normal parlance, wouldn’t Saudi Arabia going nuclear serve to disturb the current balance of power in the Middle East? You’d think so. Here’s how it works:

As a member in good standing of the Treaty on the Non-Proliferation of Nuclear Weapons, Saudi Arabia has pledged not to develop or acquire nuclear weapons, and is entitled to engage in peaceful nuclear trade. Such commerce could include acquiring technology to enrich uranium or separate plutonium from spent nuclear fuel. These systems can be used both to produce fuel for civilian nuclear reactors and to make key materials for nuclear weapons.

This latent potential to convert from civilian to military uses is of course, exactly why the US rang the alarm bells so loudly about Iran. But Saudi Arabia? No problem. Surely, they’re honest as the day is long. Think of the peaceful uses to which it has put the Koran. In fact, as the same link indicates, elements in the Trump Administration may already be driving around the federal regulations that are meant to govern this trade. Normally, here’s how things are supposed to proceed:

The Atomic Energy Act requires countries seeking to purchase U.S. nuclear technology to make legally binding commitments that they will not use those materials and equipment for nuclear weapons, and to place them under International Atomic Energy Agency safeguards. It also mandates that the United States must approve any uranium enrichment or plutonium separation activities involving U.S. technologies and materials, in order to prevent countries from diverting them to weapons use.

But not this time, it seems. For the Saudis, the rules are not simply being bent, but swept aside:

According to the congressional report, within days of President Trump’s inauguration, senior U.S. officials were promoting an initiative to transfer nuclear technology to Saudi Arabia, without either concluding a nuclear cooperation agreement and submitting it to Congress or involving key government agencies, such as the Department of Energy or the Nuclear Regulatory Commission.

Given the track record of the outlaw regime in Riyadh in exporting religious fundamentalism, that’s a concern. In any sane world, the Saudis can’t be trusted to respect any of the existing restraints on nuclear proliferation.

Footnote One: Incredibly, the US has so far negotiated agreements to export nuclear technology to 23 (!) other countries, and – moreover – one of those entities (Euratom) is comprised of 28 separate European countries.

Footnote Two Not that, of course, we can worry all that much about the dangers of nuclear proliferation when reportedly, a 12 year kid can build a nuclear fusion reactor in his playroom.

Footnote Three: Incredibly, Green Book may not have been the worst film to win an Oscar this week. The Oscar for Live Action Short Film went to Skin, a film whose racial politics may be even more cringe-worthy.

One Oscar-nominated documentary that you can see in its entirety at the link below (the entire film is only seven minutes long) is A Night At The Garden. Using archival footage, the film shows how twenty thousand Americans packed into Madison Square Garden in February 1939 for a rally celebrating American isolationism, anti-Semitism and white supremacy – complete with the crowd giving Nazi salutes under a giant picture of George Washington. As the saying goes, this film makes the age of Trump look like déjà vu all over again.

Toast, in three different musical forms. From 1956, when he was on RCA Victor of all labels, Shorty Long – the future Motown star and future boating tragedy victim – released this terrific song about the limited post breakup consolations of coffee and toast:

And from late 2018, here’s the young Jamaican dancehall star Koffee, with her mega-hit “Toast”…. Buss a toast to all the blessings that life has to offer, because why not, and in addition:

Me delighted, Jah know, say mi passion ignited
Cause di music get me excited, come in like a potion mmm

And finally, from the shores of early 1990s indie rock, here’s Eric Bachman and his great band Archers of Loaf, with a song about… sure, she’s great and all, but what’s gone WRONG with his GOD-DAMN toast?

And because we may not come this way again, here (as a bonus) is Archers of Loaf’s haunting maritime epic “Chumming The Ocean…” I love the inspired use of the weather maps in this video, too: