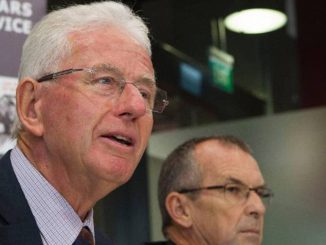 To ordinary wage and salary earners who (a) watch a slice of their gross income being taxed every week via PAYE and who also (b) pay GST on every single thing they buy, there has been something quite surreal about the centre-right’s angry and anguished reactions to the Tax Working Group’s final report. Good Lord. Isn’t it just awful that the income gains from property investments, sharemarket dealings and from selling one’s holiday home might someday be treated by IRD as taxable income, and taxed at the same marginal rate as if it were wages! How common.

Most of us would regard it as fair, and a long overdue move. Especially since any of the revenues earned from a capital gains tax in this fashion are likely to be ploughed back into helping low and middle earners, by exempting a slice of their income from tax altogether, or by otherwise lightening their tax burden. In any case, the property investors and sharemarket investors concerned will be given plenty of time to climb off the fainting couch and prepare themselves for the worst. Assuming that the coalition government can convince New Zealand First to support the tax package – which is by no means certain – the clock on our brand new capital gains tax (CGT) would not start ticking (at the earliest) until the so-called Valuation Day of April 1, 2021. So yes, we will all be able to vote on it at next year’s elections. Simon Bridges is promising to save us from this latest outbreak of tax and spend socialism.

Roughly, here’s one of the ways in which the CGT that’s been suggested would work. Any taxable gains would arise only in the years after that Valuation Day starting date in 2021. So, if the assets got sold in say, 2023, the CGT would merely be levied on the increase in value (ie the capital gain) over those two years, between what it was worth on Valuation Day, and what it realised on Sale Day – and even then, the CGT tax on the profit gained during that period would be levied only at the seller’s usual marginal tax rate.

As a result (and this is an actual example cited by the Tax Working Group) someone on a salary of $90,000 will be taxed in future at exactly the same rate as someone who also makes $90,000 – but via a combination of $60,000 of rental income, and $30,000 profit made that year from selling one of their investment houses. (Right now, that $30,000 profit is not taxed.) Most people would regard that suggested change as (a) fair and (b) something that creates a level playing field.

Capitalism, one imagines, would be strong enough to survive such an innovation. Logically, it is going to take several years after Valuation Day – ie until the mid 2020s – before the CGT begins to generate any sizeable amounts of revenue. And since the CGT will remain revenue neutral, that means this revenue will be handed back for re-distribution to those on low and middle incomes. Basically, this looks like a far more efficient and far more socially equitable tool of revenue distribution than tax cuts.

Absurdly though, the Opposition has responded to the TWG’s mild set of recommendations by calling them a ‘recipe for buggering off to Australia’. Really? After all, anyone who did bugger off in that direction would be in for a nasty shock. Australia has had a meaningful capital gains tax for years. It also imposes lots of other taxes (eg a payroll tax) that we don’t, and its version of GST contains lots of exemptions (for food etc) that we’ve chosen not to apply. So, Australia is hardly a tax free Nirvana.

Oh, and the Lucky Country is also notoriously stingy to Kiwis down on their luck over there. Still, if National wants to pretend that paying your fair share of tax on the profits made from shares and property sales is reason enough to renounce New Zealand citizenship and flee to the Gold Coast then… go ahead, and good riddance.

Back on planet Earth, you can read the final report of the TWG here.

As RNZ has noted, the report’s main recommendations are:

• Tax the capital gain on sale of land, shares, business assets, intangible assets such as intellectual property.
• Tax to be imposed when the asset is sold, and levied at the seller’s marginal tax rate.
• The tax would NOT apply to the family home, or on personal assets such as cars, paintings, jewellery, and household appliances.
• A holiday home WOULD be taxed on sale.
• The capital gain on shares in companies would be taxed but in some circumstances capital losses would also be able to be offset against other income.
• The capital gain on the sale of a business would be taxed, including the goodwill.

Partly because some of the other obviously related subjects lay outside its terms of reference, the TWG did not suggest exactly how the income tax rates might be changed, but it did support raising the income threshold for those on low and middle incomes. It didn’t support a land tax, or a wealth tax, or a change to the GST rate, or GST exemptions for food and drink.

The TWG recommendations are not binding. The coalition government has given itself until April to consider its response, which will have to include how it plans to manage the position of NZF, which has more than a few old and wealthy supporters – in and beyond Tauranga – who rely on investments that yield a lot of nice tax-free capital gains. They love Winston, and Winston loves them.

Why change the tax base?

By their very nature, tax reports only rarely qualify as poetry but – its own way – the interim report was eloquent about this country’s need to rethink its reliance on the current trio of income tax, GST and corporate taxes to provide our main sources of revenue. Contrary to the screams from the far right, New Zealanders are not heavily taxed. At 32% of GDP our tax take is slightly below the 34% OECD average, and while our GST rate is also comparatively low, we do collect high proportions of GST revenue as a ratio of GDP. (Despite our reliance on primary produce and tourism, our government collects relatively little from environmental taxes.)

In sum, our tax base has become unusually narrow, even before we begin to consider the challenges being posed by an ageing boomer population, automation, the gig economy (which will undermine PAYE) climate change and a range of infrastructural needs. That package of issues alone is an argument for expanding the tax base. In recent decades, we have simply become overly reliant on income tax and GST, and our company tax rate is running at above the OECD average – while our tax rate on domestic shareholders is currently the sixth lowest in the OECD. Given these kind of imbalances, it is little wonder that the OECD recommended in 2017 (see page 31 of the interim report) that New Zealand should adopt a broad-based capital gains tax. The same page also noted :

So why on earth are National and its Act Party puppet screaming so loudly and making such overcooked claims about what is being proposed? Relevant clues can be found at page 32 in the TWG interim report:

The TWG has received estimates from Treasury that in New Zealand 82% of the assets potentially affected by an extension of the taxation of capital income are held by the top 20% of households, by wealth. The current approach can be regressive if it results in lower tax obligations on those with greater economic capacity to pay.

Evidence from overseas and data on wealth in new Zealand suggests that capital gains are concentrated among those with high incomes and wealth. Including more capital gains in the tax system is likely to be the most feasible way to make the tax system more progressive without increasing tax rates.

To be fair, not everyone who invests in shares or buys and sells property for capital gain are wealthy. But lets not kid ourselves that they’re the norm, either. In fact, the notion that a capital gains tax is against the interests and the values of ordinary New Zealanders is absurd. It is almost as absurd in fact, as National’s claim a few years ago that “Mum and Dad” investors would be the main beneficiaries of its fire sale of shares in our state energy companies. National and Act are protecting a minority interest of the top 10%, and painting this as being synonymous with the national interest. Well, it isn’t.

Whatever package of tax recommendations that Finance Minister Grant Robertson finally decides to be economically viable, socially beneficial and politically feasible… it will inevitably bring definitional and implementation problems in its wake. No problem. We’ve got plenty of time to detect them, and manage them. Yes, there will always be people with the means to dodge their tax obligations who will try very hard to do so. Change is messy. But that’s not a good reason to abandon the attempt to be more sensible (and a whole lot more socially equitable) in the way that we structure our tax responsibilities.

Basically, it just isn’t any longer an option to keep treating one source of wealth and income – ie, capital gains – differently from the way that we treat the income that’s derived from wages. Ordinary New Zealanders get it. They’d almost certainly prefer a system where wealth gets taxed fairly, whatever its origins.

Last night, everyone’s favourite bunch of black metal romantics rocked a sold out venue at Valhalla in Wellington, and tonight they’re at Galatos in Auckland. Interestingly, last night’s gig kicked off with two tracks from the previous (and relatively dark) New Bermuda album (“Brought To The Water,” Baby Blue”) before settling into the twin behomeths from the new album ( “Honeycomb” and“ Canary Yellow”) …and finally things ended with a bang via a “Sunbather” and “Dream House” double punch from the album that started it all back in 2013.

Here’s the deal. Deafheaven offer a lot more than the usual loud/soft/loud changes in metal dynamics. Their maelstroms of noise drop you like a trapdoor into shoegazey sections of genuine beauty, and that comes down to the seriously great song writing they’ve pulled off, album after album.

Also… live, they’re a streamlined, killer live unit these days. The original core – singer George Clarke and guitarist Kerry McCoy – are now fully supported, especially by the other guitarist Shiv Mehra. If I had a complaint last night it was that drummer Daniel Tracy seemed to be dragging the tempo early on, but that soon resolved itself, or maybe the balance was just a bit off on those early New Bermuda tracks. Whatever. If you can, do try and make it to Galatos tonight. These guys won’t be playing smallish venues like this ever again. For newbies and fans alike, here’s “Dream House “…things begin to open up around the 4.30 mark :