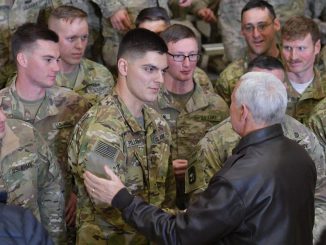 To state the bleedingly obvious, US military forces have done a good deal of harm over the past 50 years from Central America to Asia to Africa. That history is now tending to obscure the harm that’s being done by the polar opposite impulse: American isolationism. In northern Syria and Afghanistan alike, the Trump administration wants to go home, and walk away from US commitments. Former allies such as the Kurds (and the majority of the Afghan population) are largely being thrown to the wolves in the process. Trump wants to declare victory in both Syria and Afghanistan and pull out American troops ASAP. Too bad for the people left behind – but since they don’t vote Republican or belong to the NRA, US President Donald Trump may well regard them as disposable.

New Zealand has a direct interest in what transpires in Afghanistan, given the expenditure of blood and treasure we’ve made there. Hundreds of millions of dollars got poured into our provincial reconstruction work in Bamiyan province, and ten of our troops died during the Afghan deployment. This month though, vice-President Mike Pence visited Afghanistan amid reports that the US wants to halve its current military presence. According to Pence, the withdrawal of 7,000 troops was ‘under active consideration.’ To that end, talks with the Taliban over a political resolution to the war and a draft agreement on the US troop were ‘making progress’ – despite the Catch 22 situation involved. Reportedly, the US withdrawal would (a) be conditional on the Taliban promising beforehand not to allow Islamic State and al Qaeda to set up shop in the new Afghanistan although (b) the Taliban are simultaneously saying they will not be seen to be negotiating the country’s future until and unless the US troop withdrawal had been conceded beforehand.

Pence’s comments have walked the US to the brink of that commitment. In all likelihood, the Trump administration wants the Taliban to promise to play nicely in future as a political figleaf while it heads for the Afghan exit. Given that eagerness, why wouldn’t the Taliban offer a promise of good behavior to get the Americans out, if by doing so they won a clearer path to the final control of Kabul? For the US, it looks more like a cave-in than a tactical retreat. Similarly in Syria, the US has been asking Turkey to promise to be nice in future to the Kurds, so that US troops can be pulled out of there, too.

Afghanistan, on the ground.

So, what do we know of the current situation in Afghanistan? For years, the so-called SIGAR reports to Congress have provided useful statistical data on the military/social/narcotics trade situation inside Afghanistan. Starting at p 68 of this latest SIGAR published quarterly report there are some pretty disturbing figures. Since 2002, the US has spent over $83 billion on the Afghan government’s military efforts, or about 2/3 of the total US outlay on the country’s reconstruction.

Despite these vast amounts, the military situation is going backwards in key respects, and is stale-mated (at best) in most others. In the quarter up until 31 July 2018, Afghan government had control or influence in 226 of its districts, which was the lowest level (55.5% of the total) since SIGAR began tracking district control in November 2015… Over the same period, the actual number of districts under direct insurgent control or influence also decreased over the past year. However, the number of undecided regions rose to where now nearly one third of the entire country is contested territory.

Reportedly, some 3.5 million Afghans now live under direct Taliban control while a further 8 million live in the contested areas. Urizgan, Kunduz and Helmand provinces remain the strongholds of the Taliban-led insurgency. Nominally, the US policy remains the one outlined by former Defence Secretary James Mattis back in October 2017 – which he called 4R+S, or “regionalize, re-align, reinforce, reconcile and sustain”.

To put the Afghan situation another way: roughly 21.7 million out of a total population of 33 million people still live in areas that are under government control or influence, but the trendlines are not good:

If you’re optimistic, you could still choose to read those figures as a virtual stalemate, or even as a cynically acceptable rate of deterioration. Unfortunately though, even the glimmerings of good news from Afghanistan have been earned on the back of a huge and unsustainable casualty rate among the Afghan military forces. As the SIGAR report concedes, the Afghan military(ANDSF) are struggling to recruit. In July 2018, the personnel strength (at 312,328) was “ the lowest strength reported for comparable periods since 2012.” Poor leadership, bad or unpredictable pay, poor living conditions etc are all working in unison alongside the ever-present prospect of death and injury, and are deterring recruitment.

SIGAR treats the ANDSF casualty figures as classified information, but in its January 9, 2019 issue, Jane’s Defence Weekly indicated that “reliable reporting indicates that the casualty rate is 30-40 Afghan troops a day” … Moreover, Jane’s cited a November 2018 statement by Afghan president Ashraf Ghani that between 2015-2018, the ANDSF lost 28,529 troops killed.

This is an unsustainable rate of attrition, concluded Brian Cloughley, (a former Australian military attache to Afghanistan) in the Jane’s report. In his view, it is being caused by “ the poor quality of recruits, the declining standards of training, and the emphasis on elite special forces at the cost of normal units.” Routinely, good troops are being transferred to elite special forces units, with “adverse impact on the morale of those left behind.” One has to wonder whether (and how) our New Zealand military trainers in Iraq are avoiding the same undesirable outcome.

Over the past year, as SIGAR reports, there were 8.050 conflict-related civilian casualties (including 2,798 deaths) comprising a 5% increase in civilian deaths and a 3% decline in civilian injuries. “Increased levels of fighting between the warring parties,” as Jane’s Defence Weekly says, “have made the country even more dangerous for civilians.” Given the Afghan military casualty rate on the ground, there is increased reliance on air strikes, which also contribute to the rising civilian casualty toll. The UN mission in Afghanistan aka UNAMA, attributes 65% of civilian casualties to anti-government elements.

As Afghan specialist Michael Kugelman of the Wilson Center in Washington also told the Jane’s publication, the recent intensification in Afghan fighting is indicative of a Taliban confident that it is on a path to victory “They think they are winning the war. They have no incentive to stop fighting when they think they are winning.” For that reason, Kugelman added, “it is the worst possible time for the US and Kabul to pursue talks with the Taliban.”

Basically, the talks are meant to provide the necessary political cover for a US administration that plainly wants to cut and run. Reportedly, if the insurgents are going to talk meaningfully at all, the Taliban (who have divisions of their own on this subject) demand to talk bilaterally with the US, rather than with a Kabul government that they regard as a mere US puppet. Still, if the ongoing talks are to be even marginally credible, the US has to somehow find a way to include Kabul government representatives. No small challenge, given there are elements within a fractious Taliban that regards the whole “peace talks” exercise as a US charade, aimed mainly at dividing the insurgency against itself.

As for New Zealand… we have very few (if any) lasting gains to show for our time, efforts and expenditure (of funds and lives) in Afghanistan. These outcomes should not be swept under the carpet. Shortly, the Ardern government is expected to renew our troop commitment to Iraq, and extend a deployment due to expire in June. There, too, it is hard to be optimistic. In Iraq we are sending trainers and spending millions to support the Iranian-backed regime in Baghdad, even while we are dutifully cutting off our booming export trade with Iran, for fear of incurring US sanctions.

That contrast is weird. Washington forbids us to trade with Iran, but they want our troops to risk their lives to support Iran’s political minions right next door, in Iraq. At times, our military must really resent being used as live bargaining chips in the casino of global diplomacy.

Little Willie John’s short and tragic career (he died in prison at the age of 30) contained a lot of high points (eg ‘Fever’, ‘Young Girl’ ‘Leave My Kitten Alone’) and this 1957 r&b ballad was one of them.

And when it comes to fractious yakking, there was this classic from an era when pop songs were inhabited by kids who could be told by their parents with a straight face that “your father’s hip, he knows what cooks.” Oh really?