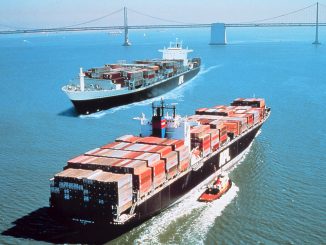 So Jacinda Ardern and Theresa May have signed a piece of paper promising peace in our time when it comes to our trade with Britain.

Hard Brexit deal or no Brexit deal at all, there will be something called ‘regulatory continuity’ that will ensure the rules governing our trade with Britain won’t change overnight. Reportedly, Ardern thinks this should re-assure our meat industry, even though (small detail) this piece of paper is not a guarantee of trade access. So if and when Britain crashes out of the EU causing goods to pile up on both sides of the Channel and our lamb exports can’t get through to Britain for the Easter trade etc etc at least we’ll be able to sleep easy in our beds knowing that the red meat quota hasn’t changed for now. Small comfort, one would think.

Right now, a statement from Theresa May on Brexit has as much credibility as a statement by Donald Trump about North Korea’s plans for scrapping its nukes. Despite her recent crushing defeat in the Commons, May is continuing to playing chicken with Britain’s future, for personal and party advantage. No change there. She is still gambling she can terrify enough of her MPs (and the public) about the chaos of a ‘no deal’ such that Parliament will eventually ratify her wretched deal as the least worst option available. In these circumstances, New Zealand is useful only insofar as we can contribute to the illusion that Number 10 is open for something that looks like business as usual. It isn’t, of course. On both sides of the Atlantic, the practices of normal government are in virtual shutdown.

Brexit is not the only concern. To date, the Ardern government’s biggest crisis came in the spring of 2018 when global fuel prices rose, and the public chose to blame the price hikes on domestic fuel tax increases. At the pump, people largely ignored the major global spike in the price of oil and raged instead about the relatively minor tax add-ons imposed by central and regional government. Panicked, the government blamed the oil companies. Luckily for all concerned, the global oil price suddenly slumped, and the political problems have largely subsided. Holiday motoring, which could have been a nagging reminder all summer of the intersection between fuel taxes and petrol prices, has caused no ripples on the political pond.

In 2019 though, a new and different kind of fuel price Godzilla is coming over the horizon, and it is likely to boost the prices of everything going in and out of the country, from Amazon packages to milk powder. It is called the Marpol Treaty, and like many things that change the world for better and worse, it started out with the best of intentions. Basically, the Marpol Treaty is a set of UN-mandated regulations (devised by the International Maritime Organisation) that among other things, is aimed at cracking down on the pollution emitted by ships, and the crucial bits are in Annex VI. As Bloomberg News recently reported, the global shipping fleets currently consume about 3.8 million barrels a day of fuel oil — in the main, this is heavy, lower-value stuff from a refining process that contains about 1 to 3.5 percent sulphur. That content level is about to change:

From January 2020, new rules from the International Maritime Organization will limit sulphur-dioxide emissions from ships. All else equal, a ship would need to burn fuel with only 0.5 percent sulphur content or less to comply.

Oh sure, there are a few ways of mitigating the impact. “Scrubbers” can be installed on board to wash the bad sulphury content into the sea, but they’re expensive to install and operate, and obviously they add to marine pollution. Very few ships will have them in place by 2020. New ships can be built to run on liquified natural gas, but obviously, that’s no answer for the existing fleets. Also, ships can be induced to steam at slower speeds, which would cut down on their emissions. New Zealand, which is famously far from its markets, would probably not welcome any move guaranteed to bring its exports/imports to market at a slower pace.

In fact, distance is one reason why the Marpol Treaty regulations may impact more severely on New Zealand than on most other nations. The advent of the Internet and digital commerce may have shrunk distance in many respects, but lets not kid ourselves. As the New Zealand official briefing papers on Marpol point out:

New Zealand relies on international shipping to move some 98 percent (by weight) of its imports and exports.

Over 96 percent of international maritime trade, including almost all ships involved in New Zealand’s international trade, is carried on ships registered to States that have acceded to Annex VI [which contains the sulphur emission rules]

Oh, and there’s yet another problem. The Marsden Point refinery does not seem able to cope with the changes that are coming down the pike:

The cost of retooling Marsden Point to convert all high-sulphur residues to MARPOL-compliant product will be high and prohibitively expensive. The refinery is currently exploring if it is possible to produce smaller volumes of 0.5% sulphur fuel, and what may be required to achieve this. This has not yet been fully scoped nor costed. Currently, high sulphur by-products from refining have commercial value to Marsden Point. Once the 0.5 % sulphur requirement comes into force, this situation may change, affecting the refinery’s business model in this regard. In the event that there is a major shift to low SOx fuels, there is an open question as to how the high sulphur residues will be disposed of or used.

Do I hear the cliché “perfect storm”? Here’s another contributing factor to that storm. As the folks at Bloomberg point out, the transition to a low-sulphur diesel or gas oil fuel is also likely to push the price of the good low-sulphur diesel sharply upwards. At which point of course, President Trump could decide to intervene, if only to stop any sharp increase in fuel costs for MAGA-cap wearing truckers from undermining his chances for re-election in 2020:

While fuel-oil prices would tank, the price of low-sulphur diesel would, all else equal, jump. That’s a problem for truckers — like the ones ferrying Amazon’s goodies around — for whom fuel has fluctuated between roughly 20 to 40 percent of the cost-per-mile over the past decade. This explains why President Trump…might want to slow the International Maritime Organisation’s roll in 2020. However, since the U.S. effectively agreed to the rules a decade ago via an act of Congress, delaying or thwarting them isn’t a simple process. Despite efforts by the Trump administration to turn it, a supertanker is bearing down on drivers, oil majors, and even Amazon.com Inc.

Footnote: According to the government briefing document linked to above, New Zealand needs to get its position together on the Marpol Treaty Annex VI process quite soon. A Cabinet decision to accede to the process is expected in the first half of 2019. All going well, a parliamentary select committee would then consider the National Interest Analysis (NIA) and treaty text, and report back to Parliament by mid-2019. Government agencies would complete work on the regulatory amendments required to put the Treaty provisions into domestic law by the third quarter of 2020, and New Zealand would hope to deposit its instrument of accession with the IMO by late 2020, with the aim of putting our compliance into effect by the beginning of 2021. Right now, public submissions are being invited, and the closing date is 11 February 2019. Werewolf will continue to report on this issue.

Japan has a problem with race, and for evidence… look no further than the treatment of Naomi Osaka. After she won the US Open last year, Osaka became the only Japanese (male or female) to win a Grand Slam title. She is the child of a Haitian father and a Japanese mother i.e. she is dark-skinned. In this animated advertisement for a major Japanese cup noodle company, Osaka shares the spotlight with Kei Nishikori, the other major tennis player from Japan. Incredibly, in the depictions of Osaka, the noodle company have whitened her skin. Just how white you can tell from looking at the ad here: 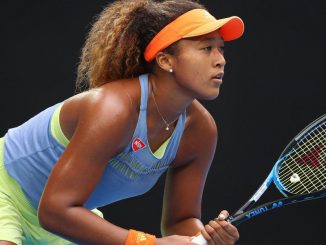 For the record, this is what Osaka actually looks like.

Japan is set to welcome millions of visitors for the Rugby World Cup this year, and for the summer Olympics next year. Does it really want its major corporates to be sending out a message that dark skins must be whitened to be deemed acceptable?

Before she scored a global hit with “Malamente” towards the end of 2018, the Catalan/Spanish singer Rosalia had been experimenting with flamenco. In this live performance, she displays all the fire and charisma she brought to bear on “Malamente”.

And for another incredible flamenco performance … the great guitarist Moraito Chico II came from three generations of flamenco guitarists, and his own son Diego Del Morao is continuing the tradition. This lovely clip was recorded two years before the premature death of Moraito (he was only 55) from cancer in 2011: