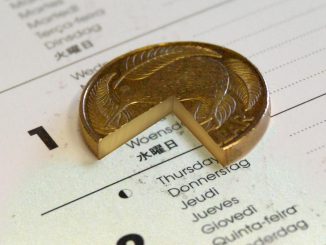 Thank the Lord that there’s an alternative to this wicked “Tax and Spend” coalition government. Yesterday, National leader Somehow, National will tax less, spend more, and significantly reduce debt at the same time. Behold, a miracle.

First up, the ‘tax less’ bit. According to Bridges, National will deliver a rolling programme of tax cuts in the shape of indexing tax brackets to the rise in inflation. Tax indexation is a way of tackling so called “bracket creep”, whereby inflation pushes people into higher tax brackets but without them enjoying a genuine rise in their purchasing power. By National’s own estimates, the cost of intervening to protect incomes from this inflation-fed tax liability would cost at least $650 million a year.

Yet – and the Good News keeps on a-coming – there would be no new taxes in National’s first term, the regional fuel tax would be scrapped, and the annual excise tax on petrol would be frozen. But fear not. Allegedly, there would also be MORE spending on health, education, roads and road safety (even though National had just frozen the excise tax) and on essential infrastructure. Meanwhile, Finance spokesperson Amy Adams has been promising that National will significantly reduce debt.

Oh, in the fine print, there is an escape clause. These tax threshold changes may be suspended if something happens and the National government elected on those promises needs to scrap all of the above in the “rare circumstances that there is good reason to do so.” On past performance, those circumstances would not include vast, underfunded need emerging in the public health system. For a National Party reliant on the politics of greed, tax cuts seem to trump social services every time.

As has been widely noted, the timing of these announcements on tax by National are intended to pre-empt the imminent release of final report of the Cullen Tax Working Group (TWG). The interesting thing about yesterday’s package of tax bribes was not that National failed to put inflation indexation in place during its nine years in office – though that question remains relevant – but that it is choosing this approach rather than taking the path of altering the tax rates and brackets themselves.

Presumably, National is guessing that the Cullen TWG will be advocating that more significant step. While everyone expects the TWG will recommend a meaningful capital gains tax, it is very possible that a capital gains tax will become revenue neutral if and when lower income groups are simultaneously given tax relief by having a share of their income spared from tax altogether. New Zealand is unusual in that it taxes every single dollar of earnings. Many other countries exempt the first sizeable chunk of income. The TWG may advocate altering that tax obligation – and the tax brackets – in order to offer more relief to those on low and middle incomes.

There are a couple of areas in there crying out for reform. Typically, National bewails the plight of those high earners who incur the top rate of 33% while earning only $70,000 and above, and has compared this unfavourably to Australia where the top rate kicks in at $180,000. In fact, Australia taxes its really big earners far more severely than we do. For incomes above $80,000, their tax rate is 37.5% and above $180,000 the top tax rate is 45%. By contrast, our top tax rate may kick in at $70,000 but it maintains that same relatively low rate of 33% for all income thereafter. So besides a capital gains tax, the TWG has room to suggest taxing its very high earners at rates more akin to what happens in Australia.

At the bottom of the income ladder, the TWG could well advocate making entirely tax free the first $10 – $14,000 of income, as many other countries already do in the interest of promoting social equity. The real zone for reform though lies in the political battleground area of middle income earners that National has highlighted this week. The current 17.5% band between $14,000 and $48,000 seems remarkably large – and it contains many of the people who qualify for Working For Families benefits, which abate sharply when added income is earned. Some of the same abatement problems recur at the bottom end of the $48,000-$70,000 band. At the very least, there is an argument for creating different set of tax steps within that middle income band.

The Cullen TWG of course, cannot accurately predict how much revenue that a meaningful capital gains tax would ultimately raise, given that (inevitably) strenuous attempts will be made to avoid it. The TWG recommendations will not be binding. It will be finally over to Finance Minister Grant Robertson to decide how to respond – which means that the coalition will have every motivation (and opportunity) to counter the handouts that National has dangled before the public this week.

Finally, the inflation indexation of tax brackets can be quite an interesting tiger to ride. The more that inflation rises, the more expensive the intervention gets and the more attractive the indexation looks to the punters – but then the more likely it would also be that those gains National has in mind would be eroded by the Reserve Bank hiking up interest rates (and with them, mortgage payments) to dampen down inflation. In which case, the net benefit to the middle income punters could well be a good deal less than some of the rosier estimates.

Come Election 2020, we’ll all know a lot more about the rival tax policies, and the related risks. During 2019, the government will need to deliver on social services. If only because on the campaign trail next year, the coalition will want to be able to remind voters that tax handouts come at a price – as was evidenced by the previous nine years of absentee government, and the decay in social services that were a direct result of that neglect.

Venezuela, and the Lose/Lose Options

Top marks to Foreign Minister Winston Peters for refusing to join the global stampede to recognise a self-declared president as the rightful ruler of Venezuela. New Zealand at least, can see that a rigged election and a failing economy are not a sufficient justification for actions that raise the likelihood of civil war and/or of a US led invasion.

Leaving aside the sorry history of US interventions in Central and South America, the “principle” being upheld by the West seems to be a highly selective one. Zimbabwe, the Congo, Algeria, Turkey, Egypt, Bahrain, Yemen etc all offer the same rigged election/poor economy/abused human rights rationales for picking winners, and for taking sides. (Compared to Saudi Arabia, even Venezuela looks like a model of democracy.) US military action is already being threatened by Secretary of State Mike Pompeo – “all options are on the table” – if certain ultimatums are not met. Lest we forget, Venezuela has lots of oil. Action against Venezuela would enable Donald Trump to rescue his presidency, and the Europeans may well be preferring an invasion in South America to a war in the Middle East with Iran. Peters thankfully, is keeping us out of it.

Footnote : The US has mounted military action abroad before as a diversion from political criticism at home. In 1983 for instance, and after 243 US Marines had been killed in a bombing in Beirut, President Ronald Reagan sent the US military to invade the tiny Caribbean island of Grenada.

On this political reggae gem from 1972, the Ethiopians warn against politicians who make promises, promises on a full belly… “They’re leading the children to a land of make believe.” True enough.

On a more optimistic note, the guitarist William Tyler released a new album this week entitled Goes West. And while (outside of Spotify) I can’t find a link to the album’s highlight “Our Lady of the Desert” here’s a clip of him playing another Goes West track, in collaboration with the gifted Meg Duffy.

If you don’t know Tyler, this track “Highway Anxiety”
from 2016 is his masterpiece: