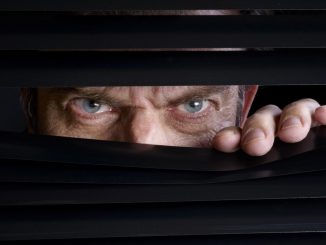 Some pretty obvious questions arise in the wake of this week’s scathing SSC report on how state agencies have used the firm Thompson + Clark for dubious-to-illegal spying activities. Is this really just one rogue firm – or is it indicative of a wider problem to do with lax regulation of the security industry? How can we ever tell? Does any meaningful border exist between (a) “security” activities that are legitimate defensive operations and (b) actively spying on protesters engaged in lawful protest and passing their details on for enforcement purposes, which is decidedly dodgy.

But again, how can we tell where and how any lines are being drawn? Oversight is not exactly robust. If it were, Thompson + Clark would have been out of contention for state security work ten years ago. Grey areas seem to be the norm. Even the SSC report found that MFAT’s hiring of Thompson+ Clark to spy on protests in 2016 around the TPP signing in Auckland hadn’t amounted to a breach of MFAT’s relevant code of conduct.

Even more elusively, there is a wider issue to do with the rampant politicisation of the public service, as Forest and Bird’s Kevin Hague has argued.

Basically, it just seems naive to bemoan how state agencies spy on ordinary citizens without addressing how those agencies came to be the hired hands at the bidding of the policy agendas of the government of the day. MBIE, during the hey-day of Steven Joyce, was/is the classic example of the way in which nominally independent departments and agencies became subordinated to the priorities of the Minister sitting atop the pyramid.

In sum, it seems impossible to fix the initial problem (where ordinary protest is seen as a security threat) without dealing with the centralisation and subordination process that’s driving it. Pity the poor public servant who dares to suggest – in a pressure cooker meeting with ministerial staff – that the protesters might have a point. Compliance has become mandatory, for anyone interested in their own job security. Principled dissent is now an extinct life form in the higher realms of the public service. The process has taken down with it the public sector independence that might otherwise have reined in the likes of Thompson+ Clark, who were – after all – only serving the will of God, aka the Minister. Austerity in departmental spending is also not a climate where a hundred different flowers can be allowed to bloom. Efficiency demands obedience.

What we learned from the SSC report is how widespread the powers are to carry out security/surveillance work, quite legally. Reportedly, about 2,200 people and companies have authorised access to the motor vehicle register. Many of these are motor vehicle dealers, insurance companies, finance companies, and petrol stations. Thompson+ Clark itself did thousands of their own checks on the motor vehicle register, presumably to identify individuals via their licence plates. In future, all that they – or their ilk – would have to do is find a friendly petrol station owner or finance company in order to continue this practice, virtually unimpeded. The authorised list, as RNZ has reported, also includes more than 60 private investigators and their companies.

The centrepiece of this week’s SSC report was that the state-owned insurance company Southern Response used Thompson to spy on insurance claimants in the wake of the Christchurch earthquake, thereby breaching their own code of conduct and (probably) the law. The company’s CEO has since resigned, much to the annoyance of former National Minister for the Christchurch Rebuild, Gerry Brownlee – who, arguably, had a ministerial line of responsibility for what Southern Response was up to with Thompson + Clark.

MBIE’s relationship with the firm dated from 2013 and seems to have been mutually beneficial, in a ‘scratch my back’ sense:

In 2015, Thompson and Clark began supplying MBIE with weekly intelligence reports it was pulling together for the oil and gas industry on protest groups… Thompson and Clark then started using MBIE to drum up more work with foreign oil and mining companies.

The problems with Thompson + Clark date back to 2008, and to revelations that state-owned Solid Energy had used the firm to infiltrate and spy on environmental groups. Even after this scandal went public the surveillance continued. Again, this raises the chronic problem of drawing the line between security work (good) and spying work (bad) Earlier this year, PM Jacinda Ardern appeared to be telling the media that the activities of Thompson + Clark had put them beyond the pale:

Media: Thompson and Clark have been caught doing spying operations before. Do you think that other Government departments or organisations should be using them?

PM: Absolutely not. In fact, we had a very brief discussion amongst a few Ministers this morning to seek out that they make sure that none of their departments are engaging Thompson + Clark in the same way, because their behaviour around spying and so on is totally inappropriate.

That “absolutely not” sounded… absolute. But note the conditional bit about “departments not engaging Thompson + Clark in the same way” which suggests that provided they’re not being hired to spy, then hiring them for security work may still be OK. As Werewolf wrote earlier this year, one can imagine the conversations that would take place before the handshake on such deals with state agencies in future. Now, you will just be providing security (Wink.) Understood? (Wink, wink) Gotcha.

This conditional non-ban on the use of Thompson+ Clark still exists. If you look up the Government Procurement webpage, Thompson + Clark are still on the official ‘go to’ list of recommended providers of security services in New Zealand, under this preamble:

The Providers below have been able to demonstrate a thorough understanding of PSR [Protective Security Requirements] within the State Sector operating environment, and the current risk context of New Zealand government, and its individual agencies.

Interestingly, Thompson + Clark are listed as being recommended for such work only until 15 March 2019, when (presumably) their current contractual relationships will expire. If you get in early, you might be able to score a good Christmas deal on their services. Available for a short time only!

Footnote One: To repeat: given that the Thompson+ Clark problem is a by-product of the politicisation of the public service, security analyst Paul Buchanan is dead right in calling for a public inquiry. Only a wide-ranging investigation can address the attitudinal issues and power relationships between ministerial staff and public servants, of which Thompson + Clark are merely one of the end results.

Footnote Two. Security industry jargon is a pretty fascinating field in itself. Clearly, we all need to get our PHYSEC, PERSEC and INFOSEC needs sorted and satisfied, within the realms of our own “risk appetites.” Apparently, “Wisdom is a real game-changer.”

The growth potential for the industry? Well, the convergence on “cyber threat vectors” is already seeing “a strong migration of organisational ‘risk’ responsibility towards INFOSEC professionals.” For instance, “video analytics for traffic flow/parking management may soon reduce the risk of [and need for?] parking wardens, thereby “creating a better user experience for all concerned.” That’s not just me saying that. That’s Andrew D. Thorburn, National Brand Manager (Security) at Atlas Gentech (NZ) Ltd in an interview with DEFSEC magazine.

At the NZ Security Industry awards in Queenstown, Thorburn was voted 2018’s “Security Consultant of the Year. ” Finally, let’s all keep in mind this quote, prominently highlighted on the website of the Axenic security consultancy : “Where is the wisdom we have lost in knowledge? Where is the knowledge we have lost in information?” – T. S. Eliot.” Food for thought, people.

Making beautiful music together takes many forms. Beyonce and Jay Z have monetised their domestic strife (theirs) assertiveness (hers) remorse (his) and subsequent bliss (theirs) in lucrative fashion. Even when she was expressing defiance, Beyonce initially licensed Lemonade exclusively to Jay Z’s Tidal music streaming investment. That’s how they roll.

I think I prefer the way that Margaret Glaspy and her partner Julian Lage go about it. Glaspy didn’t release a new album this year to follow up her Emotion and Math debut in 2016, but I loved this recent live version of “Best Behaviour” where the communion between the two is palpable. Besides, it’s kind of a sexy song. (Lage is a former guitar prodigy, and you can still find footage on Youtube from the documentary Jules At Eight. He’s adorable in it, and frighteningly competent.) Here they are on “Best Behaviour”…

And here’s a live version of “Somebody to Anybody” the debut album’s key track about fear and commitment: