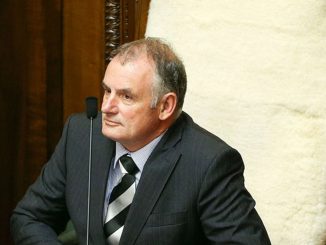 ’Tis the season of goodwill towards all humankind… except it would seem, towards the Speaker of Parliament. Go back almost exactly three years to early December 2015, and Labour MP Ruth Dyson was in the process of becoming the third Labour MP in as many weeks to be referred to the Privileges Committee for criticising the impartiality and competence of the-then Speaker, David Carter. In her own tweeted words: “Incompetent. Biased, Doesn’t like job. Lazy. Sexist. Doesn’t give a toss.” The ‘sexist’ criticism of Speaker Carter had been made months before, by Opposition MPs Julie Ann Genter and Annette King. Carter’s actions in blocking a housing Labour bill (“a new low from Speaker Carter”) also drew criticism, although critical opinion divided as to whether bias, incompetence or just cause lay behind that particular ruling. Go back to 2008, and Speaker Margaret Wilson was being accused of “partisan politics to protect the [Labour] government”.

It comes with the territory. In the 1980s, Speaker Gerald Wall was being accused of cranky unfairness to both sides of the House.

In other words, this week’s furore over the alleged bias being shown by the current Speaker, Trevor Mallard, is not exactly a new development. Very few Speakers have escaped the criticism of bias. In living memory, National’s Lockwood Smith and Labour’s Jonathan Hunt and Sir Kerry Burke have been the exceptional Speakers who gained something close to bipartisan approval for the way they did the job. That’s not to say that the allegations of bias are purely cynical in nature. Sometimes bias is alleged because it exists. It is after all, very hard to ascend to a plateau of blissful neutrality after decades of bruising partisan encounters with people whose principles and personalities you may personally despise. David Carter himself said as much on his appointment as Speaker a few years ago:

“In all honesty, having been a very political and active player for 18 years in this place, the transition I have to make if I’m elected as Speaker is to be completely without bias. That is a big ask…

Blame the ref? For obvious reasons, the first term of a new government is tough sledding for any parliamentary party in Opposition. They may be having adjustment issues. They may, after an election loss, be bedding in a new leader. Given the scale of the coalition’s initiatives, it has been difficult for the Opposition to get traction much beyond carping from the sidelines. Often, National has been reduced to querying the detail of policies it had failed to pursue at all, while in office. Very tempting in such circumstances, to blame the new Speaker for holding them back. If only Mr Speaker would allow the full, unfettered powers of Simon Bridges and his team to be unleashed! Whew. If only…

What got Bridges ejected from the House yesterday was his “ Here comes the protection” crack as Mallard rose to his feet after a long and uninterrupted q&a session between PM Jacinda Ardern and Bridges, about the Karel Sroubek affair. (Frankly, it is hard to believe Arden would ever need protection from being questioned by Bridges.) Yesterday at Question Time, Bridges had deployed the full array of TV lawyer mannerisms. He spoke slowly, in a dramatically hushed voice, all the better to convey the sense of a steely inquisitor homing in on the guilty party in the dock.

In reality, the main reason for Bridges’ ire – the claim that Sroubek’s wife was a National Party informant – had not been made by Ardern at all, but by Deputy PM Winston Peters, whom Bridges chose not to confront. Subsequently, the problem Ardern was having in answering in detail about (a) hearsay she had not originated or promoted and (b) the alleged Police contact with Sroubek’s wife, was not because of Bridges. It was largely a by-product of the constitutional sensitivity of a PM talking in critical detail about a Police operational matter.

Ultimately, having tried several times to get across the advantage line, Bridges attacked the ref, got a red card and claimed victimisation. Gerry Brownlee did likewise, in solidarity. The encounter came a day after Mallard had singled out both Bridges and Finance Minister Grant Robertson for causing disruption in the House – which Bridges responded to by saying that Winston Peters should also have been held to account. Mallard in turn, called such comments “smart ass” and later apologised for using such an unparliamentary term.

Democracy will stumble onwards, regardless. By Australian standards, all of this recent argy-bargy in Parliament has been tame and wussy stuff. As is often the case when the Speaker’s neutrality is called into question there will be talk about whether an impartial outsider should be chosen by Parliament to do the job. That route is unlikely to be taken, if only because the current scale of disquiet seems nothing beyond the norm. Chances are, Mallard will try to control his tongue and temper and will (periodically) fail to do so. National will continue to throw a fair number of Hollywoods in the penalty area. Parliament will survive.

Footnote: As the Pope of Parliament, the rulings of Mr Speaker are supposed to be treated as infallible. At best, the rulings from the Chair are challengeable only via the channel of doctrine established by prior Speaker’s rulings on the meaning of this or that standing order. In the heat of Question Time though, the Speaker’s role is more art than science, with room for creativity. Speakers are, by the very nature of the job, activist judges. As a result, each Speaker’s reign ends up marked with its own distinctive tone.

Some of this comes down to personal manner, and some of it to matters of emphasis. Lockwood Smith for instance once explained to me in an interview how he interpreted the rules governing the standard of ministerial answers required at Question Time. The following exchange also suggests the path of behind-the-scenes consultation that Mallard needs to follow, on a regular basis.

Smith “An answer must be given that seeks to address the question, so long as it can be given consistently with the public interest.’ My predecessor gave a lot of emphasis to the middle bit – ‘ that seeks to address the question.’ I’m giving more emphasis to ‘An answer must be given.’…consistently with the public interest.’

Campbell: Because the prior interpretation really meant – any answer at all would suffice?

Smith: If it mentioned words in the question, it sufficed. To me, that’s not good enough. Parliament, the House of Representatives is where the executive is held to account. That’s a very important part of Parliament’s function.

Campbell: The quid pro quo is getting the Opposition to frame its questions more precisely. Any luck in that area?

Campbell: Is this a product of your own behaviour at Question Time – or is it the result of behind the scenes, in chambers consultation that you’ve carried out ?….Have you actually talked to the whips or relevant people in each party machine to say, these are what my expectations are ?

Smith: When I was first put up for the job, I asked to talk to each of the parties, and talked about some of these things – about how to run Question Time, how to fulfil the role of Speaker.’

In Praise of Rainer Maria

Talking of the danger of rushing to judgement… Rainer Maria were a band crucified in the late 1990s/early 2000s by Pitchfork during the site’s more obnoxious phase for (a) having been formed by people who met at a poetry workshop (b) who named themselves after a German poet and (c) were emo-earnest at a time when that was anathema to the ‘too cool for school’ crowd. Lead singer Caithlin De Marrais in particular, deserved better. Not that she seemed to give a toss.

A couple of years ago, Rainer Maria came back as a tougher, more unsentimental crew, but the old stuff – especially the 1999 album Look Now, Look Again – still sounds great. Here’s “Broken Radio” from that period. It’s a break up song, culminating with these lines:

And I’m certain, if I drive into those trees
It’d make less of a mess
Than you’ve made of me

And here’s the band in its recent, harder incarnation, on a track that gets ever more intense as it goes on…