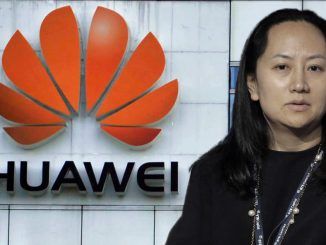 Come December 2019, the West’s social democracies could be gone through quite a few changes at the top. British PM Theresa May might not even make it through to the New Year. In a year’s time Angela Merkel’s shaky coalition will have probably collapsed, and another German election will have been fought by the newly chosen leader of Merkel’s party. Auf weidersehen, Angela. In France, Emmanuel Macron seems to have been permanently damaged by the gilets jaunes street protests, while the legal problems of US president Donald Trump continue to mount. Across the Tasman, Aussie PM Scott Morrison is a dead man walking.

So… come this time next year, the institutional memory of the West’s political bloc could be in the hands of Shinzo Abe of Japan, and of grizzled veterans like Justin Trudeau of Canada, Pedro Sanchez of Spain and uh… Jacinda Ardern of New Zealand. In the meantime, the ruling Conservative party has been paralysed by the Brexit mess, and seems incapable of carrying out any of the other functions of government:

The government has come to a standstill. We’ve had delay after delay on bringing forward vital domestic legislation. Last week the local government finance settlement, which sets out how much cash councils will have for the year ahead, joined the long list of delayed government legislation and announcements. Other notable examples are the NHS long-term plan, the immigration white paper and the social care green paper, which has now been delayed by over a year.

Governments are required to multitask, but this government can’t even single-task. With record levels of poverty, insecurity and homelessness this Christmas, we cannot afford to go on like this.

As we all know, having promised Parliament a vote on her Brexit deal on December 11, May has postponed that vote indefinitely – ostensibly, because she was going to lose the vote so badly. (That’s not how democracy is meant to work.) Holding a vote would have made it all too clear that she should resign, and/or take steps towards a general election or a second referendum. None of those are seen as options by May and her dwindling caucus of minions.

Instead, the May plan seems to be to ramp up the chaos, not to dispel it. That’s what the sham dash to Brussels to renegotiate the terms is all about. May has been told many times by Brussels that this isn’t possible – including on the morning that she deferred the vote in Parliament. What she is doing is running out the clock. Britain is being deliberately pushed by her towards the brink – sterling in a death spiral, Tory opponents in a right old panic, time running out for the alternatives – such that everyone will finally have to come round however reluctantly, to accepting her no good, very bad, terrible deal.

It is a deal that involves making Britain subject indefinitely to many of the most detested EU rules, while the country suffers immense financial harm and social dislocation. Staying within the EU, as even the Bank of England has said, would be far better for the British economy than what May is proposing. Meanwhile, the same Theresa May who bolstered her credentials among the Brexit hardliners and encouraged their craziest fantasies. She promised a lot of “red lines” that would not and could not be traded away, adding for good measure that a ‘no deal’ would be preferable to a bad deal. Now, she is posing as the voice of compromise and reason who must be obeyed to avoid the ‘no deal’ outcome.

Bottom line being… Britain is wreaking this havoc on itself in order to stop the free flow of movement of people. At base, the entire Brexit process has been driven by an irrational, atavistic fear of immigration. Only a second referendum (one that has staying in the EU as one of the options, and is not simply a yes/no verdict on the May deal) can rescue the country from this careening disaster. But May – as ever putting her own hold on power and the continuance of Tory rule ahead of all else – would fight tooth and nail against allowing the necessary legislation for a second vote to go before Parliament.

If Brexit is bad… the trade war we have joined on Donald Trump’s side (via banning Huawei from playing any role in our 5G network) will not end well either. Allegedly, Huawei is a security risk though no evidence of it being involved in backdoor access or spying or cyberattacks has ever been tabled. Moreover, this risk posed by Huawei is apparently so powerful that no Western counter-measures can safely prevent or defuse it. Yep, its that heinous. Somehow, this security risk that Huawei allegedly poses does not extend to the massive amounts of digital componentry for US tech firms that continue to be assembled in China. Only Huawei has been targeted. You have to ask why.

What the panic over Huawei looks like is a case of US rampant trade protectionism thinly disguised as a top secret security threat. One has to wonder. Is the problem with Huawei not that it could/would eavesdrop on anyone – or that its presence would mean that the US spy agencies and their GCSB pals would not be able to eavesdrop on everyone? Forcing all of us to buy gear from NSA-compliant US companies certainly solves that potential problem overnight.

Supposedly, Huawei has close links to the Chinese Communist Party. Well, hand me the smelling salts. You mean… just like the extensive links the Pentagon has always had with Silicon Valley? Why is the close and very lucrative traffic of people and ideas between the US military and US tech firms quite OK – yet apparently, the exact same thing is to be treated as the work of the devil when it is between Huawei and the Chinese state.

What the Huawei ban does looks a more like is a shakedown of a sort that Tony Soprano would approve. Asking Canada to arrest the CFO of Huawei and press for her extradition to face trial in the US (for violating the US sanctions on Iran) not only threatens to re-ignite the simmering trade war between the US and China. It also involves New Zealand directly in what looks more like a crude protection racket in which money is extorted from China in the shape of fines. That what happened earlier this year with the smaller Chinese tech firm ZTE when it too, was decreed to have violated US sanctions on Iran. To stay in business, ZTE paid the fines, China speedily gifted Ivanka Trump with some valuable trademark protections and made a huge investment in a Trump family-owned enterprise in Indonesia. It was a corrupt shakedown, in other words.

Huawei is a far bigger target. It has emerged as a genuine rival for Silicon Valley.

In recent months, [Huawei] passed Apple Inc. to become the world’s No. 2 smartphone maker, behind Samsung Electronics Co.; it produced what by a broad critical consensus were the best smartphones and laptops of 2018.Huawei also leads in the revolutionary and strategically vital new technology of 5G, with its 80,000 research engineers and $13 billion annual research and development budget.

The U.S. has responded to Huawei’s global edge in the past year by presenting it as a Trojan horse for Chinese military interests, and urging its allies — Australia, Canada and the U.K. — to participate in a broad ban on the company. But Washington has yet to publicly offer any evidence of Huawei’s involvement in spying or cyberattacks.

In the case of the Huawei CFO, her alleged violations do not pertain to this year’s round of US sanctions on Iran. The charges relate to her alleged role in misrepresenting Huawei’s relationship with a subsidiary that had been engaged in circumventing the US sanctions on Iran eight years ago. The US is trying to hobble a highly successful Chinese tech company and a strong competitor in the lucrative global market for 5G technology. At the very least, it is trying to shake Huawei down for more money in fines and harm its brand. In doing so, the US is (a) inciting a vast amount of cold fury among Chinese people against the US and its allies (b) making an all-out trade war between the world’s two major powers more likely and (c) exposing US and other Western business executives to the risk of reciprocal arrests and imprisonment for say, violating China’s bans on trade with Taiwan. Does New Zealand really want to be complicit in this activity?

By tagging along with a dubious and selective case of US intelligence spookery, we are currently via the 5 Eyes network being a willing accomplice to a campaign of US trade protectionism (and information gathering on Huawei) that is being waged against our main trading partner. Doing so erodes our claim to operate an independent foreign policy. In the Huawei case (and given the Trump administration’s prior fines of ZTE) we are in effect saying that our national security has a price tag. Pay up, front up with the information on your tech specification and business practices that we demand, and we may possibly agree to waive our security concerns for the time being. Until next time.

At this time of the year there’s a lot of terrible Christmas music around… we all know that one about Rudolf the reindeer with disabilities who gets mocked by his workmates until it dawns on them that their boss actually likes the freak, and so then they’ll all over him. Thankfully, not many of us know the song about Dominick the Italian Christmas donkey. Click on the link below at your own peril: