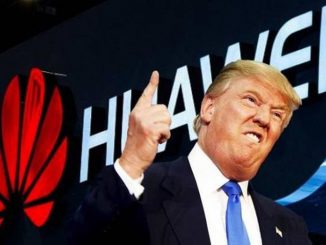 The ban on Spark using Huawei technology within their planned 5G phone and Internet network continues to raise more questions than answers. If the security concern is that Huawei could possibly install a ‘backdoor’ into this network that only Chinese agents could access, one has to ask – isn’t this the very sort of thing that the GCSB exists to identify and foil? If the GCSB and all the assembled expertise available to New Zealand (through our membership of the 5 Eyes spy alliance) can’t detect a Huawei backdoor and neutralize it, isn’t a ban really a confession of failed expertise on the part of our security services?

There is a simpler, related explanation for the ban. What is the real security problem here? Is it that the Chinese could access our 5G network, or that the Americans could not? In other words, is Huawei technology being banned because its use would not enable the NSA to readily monitor our 5G networks – unless we could be forced into using more expensive US firms from whom the NSA can readily expect compliance?

This prospect raises a third area of concern. Is the ban on New Zealand using Huawei technology mainly a form of trade protectionism – to the benefit of US firms – masquerading as a security concern? If so, it wouldn’t be the first time this has happened. How we all laughed earlier this year when US President Donald Trump invoked US “security concerns” to justify imposing steel and aluminium tariffs on Canada. In the past, the fear was that bogus environmental concerns would be used as a barrier to free trade. It now looks more like unchallengeable security claims are the real problem in this respect.

Fourthly, if Huawei are such superspooks in the area of phone/Internet technology, why do these security concerns not arise with respect to our 4G network – given that successive New Zealand governments have made Huawei technology and expertise central to the rollout of our Ultra Fast and Rural Broadband projects? Moreover, Huawei have become a leading competitor in the sales of smart phones and home devices, and their presence in the market has provided a range of low cost high quality products, to the benefit of Kiwi consumers. Again, how can Huawei be a welcome presence here when it comes to some forms of phone/Internet gear and network access, but a mortal threat when it comes to other forms of the same kind of activities? When did Huawei go bad, who made that call, and on what evidence?

That leads naturally to the fifth question. If Chinese patented and assembled Internet technology is to be treated as an inherent security threat, why single out Huawei? For years, much of the componentry for leading US computer firms has been made and/or assembled in China. If the aim was to enable the Chinese communists to install an eavesdropping backdoor on red-blooded American computers, the products of dozens of US firms should be being treated as potential security risks. Instead it is just Huawei, and every now and then, its fellow Chinese firm, ZTE.

BTW, no one has ever come up with actual evidence of Huawei bugging the technology that it sells and installs.

The worst that an 18 month long US Congressional investigation of Huawei in 2012 could come up with was that there were suspicious links between the firm and the Chinese government, and that the technology (six or seven years ago) could have contained some weaknesses that some hackers might conceivably exploit. Back then, it wasn’t Huawei’s superspook capability that was the technological concern. It was the exact opposite.

Sadly, the Huawei episode detracts from our claims to operate an “independent” foreign policy. To maintain our membership of the 5 Eyes alliance, it seems that we have been required to fall into line with the rest of the alliance, or run the risk of being seen as its weakest link. As for our trade policy… again, we continue to fall in line with what the Americans tell us to do.

Obediently, this year we agreed to curtail New Zealand’s $200 million a year (and growing) farm trade with Iran lest we displease Washington. Now, we are imposing further costs on ourselves by banning a lower cost, high quality Chinese-sourced option on 5G, and will presumably be required to use more expensive US products instead. Meanwhile, the coalition government invokes “ security concerns” as a rationale for this surrender of our right to choose our own trading partners.

Footnote One: Evidently, the “security concerns” about Chinese tech companies come and go with the Trump administration. It appears to depend on whether the Trump family has any money at stake. Earlier this year for instance, the Chinese telco firm ZTE was hit with fines and sanctions (for flouting sanctions and trading with Iran), but then saw those penalties waived (a) after Ivanka Trump was granted trademark authorisations in China for her products and (b) after a $US500 million Chinese investment was paid into a Trump family business in Indonesia.

By mid 2018, Huawei had become merely collateral damage in a final softening of the fines and penalties to be imposed on ZTE, which had originally faced a total ban on US firms selling components to the Chinese firm. Such a move would have bankrupted ZTE. In an infamous tweet on May 13, Trump rushed to the rescue (“too many jobs in China lost”) and pocketed the apparent quid pro quos cited above. By July, as Foreign Policy magazine reported, Congress had also fallen into line:

After heavy lobbying from the White House, lawmakers took a softer stance, merely preventing the federal government from working with ZTE, China’s Huawei Technologies Co., “or any entity controlled by the government of the People’s Republic of China.”

So… instead of banning outright the supply of components by US private firms, the US ban shifted to a ban on joint ventures by state and federal authorities with Chinese firms linked to the regime in Beijing. (Ultimately, it is hard to escape the conclusion that our own ban on Huawei has had less to do with any genuine security risks that the Chinese firm poses to this country, and much more to do with (a) the Trump administration’s use of trade as a diplomatic weapon and (b) Trump’s own personal business goals. Logically, we should now face similar US pressure over Fonterra’s Chinese subsidiary Beingmate which, increasingly, is financially dependent on the Chinese government.

To repeat: given that the US Congress has (mid-year) legislated to prevent the federal government from working collaboratively with a Chinese firm linked to the Chinese Communist party, our government seems to have felt obliged to fall into line over our 5G planning, despite the extra costs for local firms and their customers. The GSCB has provided a convenient cover for this compliance on our part. Any way you analyse the Huawei ban, it hasn’t been a good moment for Kiwi sovereignty.

Footnote Two. There’s a reason why New Zealand is using Huawei to roll out rural broadband: they’re really good at it, and they’re price competitive. That’s why the state of Oregon has also used Huawei on its broadband rollout. Here’s how the Huawei ban will now hurt US rural consumers, seemingly without delivering any gains in national security:

Huawei has achieved some success in the United States selling to small, regional carriers in rural areas without the means to pay for equipment from other suppliers. For example Pennsylvania’s LHTC Broadband, which has 7,000 customers, and Eastern Oregon Telecom are both Huawei customers (paywall). Many of these small carriers rely on funding from the Universal Service Fund, a government program that provides $8.5 billion in subsidies to improve connectivity in remote parts of the United States. Many of these areas are home to residents still stuck in the dial-up era…..

Cutting out the Chinese companies from rural markets could place significant financial pressure on carriers and reduce their ability to provide adequate connectivity. “If you start dictating what kind of equipment I can use, it tips the scales,” Eastern Oregon Telecom’s CEO told the Wall Street Journal (paywall) in a piece published before the vote. On April 9 the Rural Wireless Association, a Washington, DC-based trade group representing US carriers with under 100,000 subscribers each, published a letter arguing the measures would “fail to effectively protect national security” and “irreparably damage broadband networks (and limit future deployment) in many rural and remote areas throughout the country.”

Hopefully, New Zealand rural consumers will continue to be able to access Huawei’s expertise to help improve their connectivity. On 5G though, New Zealand consumers and major corporates will now face additional costs for the service. In so doing, we will have to take it on trust (given the absence of any evidence of Huawei’s wrong-doing) that these sacrifices are being made for security reasons – and not merely because the ban is a handy form of trade protectionism aimed at favouring US companies and expanding the surveillance powers of the NSA.

Be very afraid. Come December, its time for Christmas songs. While King Coleman’s 1960s single “Blue Grey Christmas” starts out dim and grim, stick with it. It actually has a happy ending, not that he sounds any happier about it:

But if we want to be happy… recycle your already buzzed about single, this time to a new video containing a slew of references to 1990s/early 2000s movies from Clueless to Mean Girls, to Bring It On, to Legally Blonde… Ariana Grande now officially rules the world, and her new video for “Thank U Next” just about broke the Internet last week: