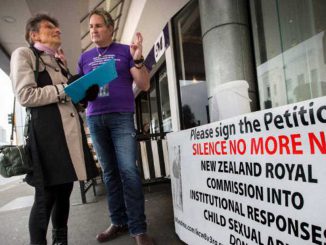 Obviously, it is good news that the coalition government has broadened the scope of its Royal Commission into the abuse of children, beyond its previous focus on children in state care. In effect, there will now be two closely related reports. An initial report into the historical mistreatment of children in state care will be delivered by the end of 2020, and – two years later – a report into how “faith based institutions” investigation dealt with children will be presented as part of the Commission’s final conclusions and recommendations, due in January 2023.

Good. That early, narrowly focused version had always seemed like a cut-price attempt to avoid the complexities, costs and duration involved in replicating the massive Australian Royal Commission into the sexual abuse of children. However, the Ardern government has now accepted that if the job is to be done at all, it needs to be done properly. Reportedly, the expanded inquiry has been budgeted at $NZ78.8 million over four years, including $15 million set aside for counseling the victims. While our Royal Commission will not assess claims for compensation, it is possible that its findings could become the basis for future compensation claims, or even for criminal prosecutions.

From the outset, it seemed like a mistake to exclude religious schools and institutions. It is not as if the state’s responsibility had ever ended at the church gates. As PM Jacinda Ardern herself pointed out to RNZ in January, the state’s reach in this country often went beyond state institutions, and the inquiry would be looking at the full process. Even so, Ardern added back in January, “the primary role of the inquiry was to look at the state’s responsibility.”

That emphasis was always misplaced. The “primary role of the inquiry” should always have been to provide justice and relief to the victims. Fencing off of an abuse inquiry on the basis of where it occurred historically (state-run yes, faith based no) had always seemed arbitrary, and made for reasons of political convenience and the likely cost involved. To her credit, Ardern has taken advice, listened to the victims, and changed course. Yet on one key point she seems to be perpetuating a different sort of mistake : the terms of reference announced in February mean that the Royal Commission can only investigate offences that were committed in the period from 1950 until 1999. More on that below.

In Australia, their inquiry took five years, cost $A372 million and produced a final report that ran to 21 volumes. Crucially, it did not serve merely as a forum where victims could (finally) tell their stories and be believed, important though that role may be. The Aussie inquiry also ended up making 400 recommendations that included calls for an end to priestly celibacy, and for scrapping the secrecy of the confessional. To its credit, the Aussie inquiry was intent on identifying and exposing a structural response – whereby the Catholic Church would systematically (a) isolate the complainants who were accusing priests of offending (b) move the abusive clergy on to new parishes who were left unaware of the threat this involved, and (c) ensure the offenders were not reported to the Police.

To be effective, our Royal Commission will need to display a similar willingness to tackle the attitudes and beliefs that gave the perpetrators so much power over their victims. In a context where faith routinely divides the world into believers and unbelievers, the vulnerable were left with nowhere to go when their priests turned into predators. In such a climate, the abuse itself became all but sacramentalised. A child already embarrassed and confused by the abuse, then had to face the awful task of convincing their parents that they were being preyed on by the same people who held the keys to the family’s salvation. The Commission has to explore what, if anything, has changed in those structures of religious authority.

To repeat: this inquiry has to be willing to be do more than offer a forum for compassion. It is also meant to be a mechanism for delivering justice, however belatedly. If we are truly committed to ensuring that such crimes cannot continue to be committed, the Commission will need to look beyond the individual perpetrators and analyse the institutional power – secular and religious – that allowed children to be treated as disposable by the state, and treated as fair game by the clergy entrusted with their care. For those reasons, it seems a serious mistake to limit the timeframe from 1950 until 1999, even though the Royal Commission has said that it can exercise a bit of discretion about incidents that occurred around the edges of that time period.

Why is the proposed time frame so problematic? One reason is that when it comes to the rampant abuse that occurred in the 1950s and early 1960s, the alleged perpetrators are now likely to be deceased. (Even the victims will now be in their 60s at least.) Obviously, it is good that those victims are being heard from. Yet by restricting the timeframe of abuse to the past – to events 20 to 70 years ago – the government is all but inviting the Commission (and the institutions themselves) to blame it all on the dead guys. Blame a few bad apples, and blame the attitudes of a different time and a social culture that is said to no longer exist.

No doubt, the institutions themselves will swear that they’ve turned over a new leaf, that they’re very sad about the mistakes of the past, but what else can they do – given that it would be in no one’s best interests to carry out a witch hunt. Already, you can hear arguments being made along those lines. Earlier this year in the case of historical revelations by the NZ Herald about paedophile priest Michael Shirres, the pattern was evident:

Father Walsh released a statement to Catholic media last month expressing ”deep sorrow and heartfelt apology to those who have suffered, and continue to suffer, because of Michael Shirres’ actions.” The statement did not acknowledge any failures by the Dominicans’ or the church in the matter.

That’s the problem. That’s why justice is far harder to deliver to the victims than compassion. “Justice” may even be the wrong word, given that the perpetrators cannot be put in the dock to defend their sorry selves under a semblance of due process. Yet the institutions that gave those alleged offenders (a) the secular and spiritual power to commit their crimes, and then (b) denied and condoned their crimes for so long, need to be cross-examined. As we have seen lately, some religious institutions continue to honour the perpetrators, while claiming that this does not mean they condone their actions. You think?

Clearly then, more is called for here than an expression of deep regret and the occasional payment of hush money. In its final recommendations, the Royal Commission will need to come up with a form of justice that atones for the past, but which also identifies the modern structures that could well be perpetuating the risk right up to the present day. Otherwise, and accidentally, the Royal Commission could well end up stage-managing a form of so-called ‘restorative justice’ whereby the victims will feel pressured into offering their forgiveness, in return for being granted an audience.

That’s why if we truly want to prevent institutionalised child abuse from happening again, it’s hard to see how the work of the Royal Commission can stop at around 1999. Already there have been calls for the inquiry to be extended to 2017, right up until the founding of Oranga Tamariki/ the Ministry for Children.

Among other things, that extension is necessary to prevent an artificial divorce of the Catholic Church’s complicity in abuse during the 1950 to the 1970s from its subsequent history of denial and damage limitation over the past 20 years. Without such an extension, it would also mean the Commission was incapable of considering complaints from modern faith-based institutions like Gloriavale which – arguably – provide us with a modern example of these same, evidently enduring forms of evil. If we want to stop this sort of thing, we shouldn’t be starting by stopping the clock.

[Footnote : It has subsequently been clarified that the ‘faith based institutions ’ report and the overall summary/recommendations will be published at the same time in January 2023, but in separate documents. So in effect, there will be three reports. ]

In 2000, the vote count in Florida – remember the hanging chads? – provided the world with its first clear evidence (a) that the US isn’t competent at running a modern democratic election and (b) that the US Supreme Court had become politicised, given that its conservative majority was willing to throw the 2000 election to George W. Bush. Now Florida’s problems with managing the machinery of democracy are back in the spotlight again, and for much the same reasons – decrepit voting machines, misplaced ballots, and this time, mailed ballots being ruled out because they had been delayed by the federal postal bomb investigation.

It gets worse. Incredibly, the ballot design in Democratic-leaning Broward County hid the box for the Senate contest away on the bottom of the left hand panel, underneath the lengthy instructions about how to vote.

As a result, as many as 23,000 voters cast votes for governor, but those same voters apparently could not find where on the ballot to vote in the Senate race. This design failing could prove to be decisive, given that the Senate contest between former Republican governor Rick Scott and his Democratic rival Bill Nelson has now shrunk to less than 13,000 votes. Typically, and as the Republican margins for Senate and governor have shrunk… US President Donald Trump has called for the ballot counting to stop, and for the election night count to be taken as the final result. Hey, where would the Republican Party be if every valid vote got counted?

Oh, and we knew the US voting system isn’t proportional. So we maybe shouldn’t be surprised that even though a majority of people pf nearly 14 million people voted for Democrats in the Senate races nationwide, the Democrats still lost seats and failed to gain a majority. The Senate count on election night was 48.06 million votes cast for Democrats, and only 34.28 million for Republicans, by a whopping 57% to 41% margin. And yet the Democrats still lost seats.

FYI in the House the voting margin was narrower. It delivered a clear edge for Democrats by 51.5% to 46.7%, on the back of winning 53.42 million votes cast in House races nationwide, compared to 48.44 million votes won by Republican candidates. This time though, the result delivered the Democrats a gain of 32 seats, and a majority in the lower House. Thanks to the Electoral College, the US is stuck with a populist administration that objectively, isn’t all that popular.

The 23 year old singer/song writer Nilufer Yanya has been one of the most striking talents to emerge on the British music scene over the past 18 months. Here’s just one of 2017’s excellent tracks from her:

A classically trained pianist, she has Turkish, Irish and Bajan (ie Barbados) elements in her family background. This week, she released a new single: