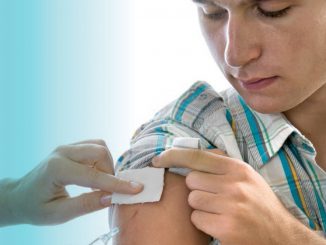 Yesterday, the government announced a vaccination programme to help combat an outbreak of the deadly W strain of meningococcal disease in Northland. Good, but the programme faces an uphill battle. As the school year ends, the window to use schools as the ideal location for delivering the vaccine is fast closing. The vaccine also requires repeat visits – three injections in all – to be effective. Reportedly, there is also a strong anti-vaccination lobby active in Northland.

The target groups for the vaccination programme are the under fives, and teenagers aged 13-19. The vaccination drive comes in the wake of a recent outbreak of 29 cases of the disease nationwide, seven of them in Northland. Three of the six deaths reported nationwide have occurred in Northland. Despite high international demand for the vaccine, Pharmac and the Health Ministry have managed to locate 20,000 doses so far, with more (potentially) to come – especially if and when the outbreak spreads. At yesterday’s media briefing, Health Department officials confirmed that the eradication of the disease is the goal of the vaccine programme, and not merely the minimisation (and slowdown) of its spread.

Eradication though, seems a highly ambitious goal, given that the same officials are expecting a take-up rate of only 80% of the population at risk. Obviously, this is better than nothing but – if experience with other contagious diseases are anything to go by – it would not seem to be high enough to eradicate the threat from the population at risk. Vaccination programmes are crucial to directly reducing the risk of disease to individuals, but they also do so by developing and promoting what is commonly called “herd immunity” within the population at large.

The proportion of the population which must be immunised in order to achieve herd immunity varies for each disease but the underlying idea is simple: once enough people are protected, they help to protect vulnerable members of their communities by reducing the spread of the disease. However, when immunisation rates fall, herd immunity can break down leading to an increase in the number of new cases. For example, measles outbreaks in the UK and pertussis outbreaks in the US have been attributed to declining herd immunity.

Basically… if herd immunity is not achieved, the disease can still find enough vulnerable victims to enable it to linger on and spread to unprotected groups. Therefore, for contagious diseases known to thrive when lots of people are living together in close proximity, a high take-up rate is desirable. Yet it is precisely among people experiencing deprivation and social exclusion that under-immunisation commonly occurs, thus leaving the most vulnerable at greater risk from what are, in essence, vaccine-preventable diseases.

On the upside though, the job has been done before in Northland. Vaccination programmes against earlier strains of meningitis have been successfully carried out in the past, and one can only wish this current effort every success. The vaccinations will begin at selected schools and community centres from December 5 onwards, and will continue until December 21, seven days a week. The take-up rate, especially among those socio-economic groups most at risk in the age ranges that are being targeted, will be crucial.

Theresa May, at Bay

So British PM Theresa May has finally achieved a deal setting out the terms of Britain’s withdrawal from the European Union, and that deal is headed for almost certain defeat in the British Parliament on December 11. At which point the financial markets will panic, and amidst that turmoil May – if she still remains the leader of the Conservative Party and PM by that point – will almost certainly bring the deal back into Parliament for a second vote. Paradoxically, the more momentous the December 11 vote can be made to seem, the greater the panic will be afterwards when it loses, thereby making its eventual passage that much more likely. Welcome to the banana republic that is Britain, 2018.

The deal on offer is a total humiliation for Britain. How could it be otherwise when it has essentially written for Britain by EU lawyers. May herself had been too busily engaged in managing the rifts within her own party to concoct and promote a deal that even remotely resembles what the British public thought they were getting when they voted Brexit into existence. Instead, this deal renders Britain subject indefinitely to many of the most deeply loathed aspects of EU membership, yet without any ability now to sit at the EU table, and help determine what form those regulations will take.

At the same time, the British public are being told by May that it is either this miserable effort or Armageddon – either in the shape of a “ no deal” Brexit next March, or via the election of the jackbooted Marxist hordes of Jeremy Corbyn, should she herself be toppled as PM and/or a general election called. The Tories are past masters of these political tactics of blind fear. You may recall for example this effort from David Cameron in May 2015, back when the Red Menace was being embodied by Ed Milliband:

Britain faces a simple and inescapable choice – stability and strong Government with me, or chaos with Ed Miliband: https://t.co/fmhcfTunbm

Plus ca change. The Conservatives could, of course, treat the December 11 defeat as an opportunity to rid themselves of the deeply unloved Theresa May, and thereby use that second, steadying vote as the launch platform for the nation’s next Tory leader. But that could be too much turmoil – Brexit vote lost, PM toppled, sterling in a death plunge, markets in a frenzy, new leader installed etc – for one smallish country situated off the coast of Europe to bear, all in one fortnight.

Keep in mind too that this withdrawal deal was always the easy part. May’s deal has merely defined the form of the divorce – and the requirement that Britain pay the EU at least 39 million pounds (and rising) as the price of leaving. The deal does NOT define the terms of the future trading relationship with Europe. That comes later. On fishing alone, the French have already made it clear just how ugly that future relationship is likely to be:

Emmanuel Macron has said the UK will be trapped in a customs union after Brexit unless Downing Street offers European fishermen full access to British waters during the coming trade negotiations… Macron said the EU’s demands on fisheries needed swift resolution after 29 March 2019 or the talks on a wider trade deal would fail leaving the UK in the “backstop” customs union envisioned in the withdrawal agreement.

Oh, and to get her wretched deal over the line, May has also effectively given Spain veto rights over the future of Gibraltar. You’d have to go back to 1066 to find a more comprehensive victory for Europe, over Britain.

In previous times of trial for the Mother Country over the past 100 years, New Zealand has rushed to Britain’s aid. Not this time. Uncertain times lie ahead for us too though, post Brexit. At best, it could be 2020 before we will finally have to cope with the reality of life beyond the sheep and beef quota access to UK/EU markets that effectively bequeathed to us as Britain’s entry terms when they joined the EEC in 1973. A “no deal” Brexit would expose us to those chilly new winds as early as March next year. Both the EU and the UK want a clean break from their obligations to us.

Right now, the only deal on the table is an offer to split our EU/UK quotas between the two markets according to the historical patterns of trade. We don’t like that prospect one bit.

Ah, free trade. It is always so bracing.

Shock of the Neu!

In most histories of indie music the Velvet Underground tend to get treated as the origin myth. (Not many early fans, but all of them formed bands etc) Yet in tracing the evolution of the drone from John Cale and the VU through to punk, shoegaze, EDM and beyond, it is easy to overlook the Germans (Can, Faust, Neu! and Kraftwerk) who can equally claim to the source of the Nile in that music history story.

Neu! were formed in 1971 by Klaus Dinger and Michael Rother after they’d split from an early incarnation of Kraftwerk. (Conny Plank, their producer was also as crucial to their work as Martin Hannett later was to Joy Division.) Arguably, you can trace Neu!’s ‘motorik’ beat onwards to Berlin-era Bowie (“Heroes was directly inspired by Neu!’s track “Hero”) and to Brian Eno, Joy Division, New Order, Sonic Youth, modern EDM, Daft Punk and shoegaze. Also, those 1960s/70s German bands were a major influence on early hip hop, from Kraftwerk to Arthur Baker, and onwards.

All this came to mind the other day, after hearing a new track by Matthew Houck, the US singer/songwriter who records under the name Phosphorescent. In 2018, the homage he is paying to Neu! is evident. Here for posterity, is “Hallogallo” from 1972, a track that became the virtual template for much that came in its wake:

And 46 years later, here’s that new Phosphorescent track “Around The Horn”: