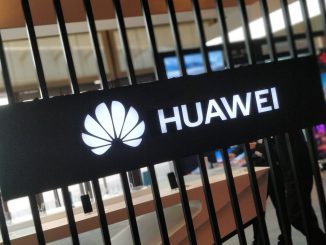 New Zealand consumers will probably have to pay more for their 5G services in future, as a result of the government’s decision to join with our 5 Eyes ally, Australia, and invoke national security concerns to justify the banning of Huawei technology from our new 5G phone and Internet networks. In Australia, the Huawei bid was reportedly 30% lower than competing tenders. While not all of those extra costs would be passed on, telco margins are already slim. It is reasonable to assume there will be extra costs for consumers as a consequence of exercising this form of trade discrimination against the Chinese company. Free trade, it seems, has limits.

Evidently, those security concerns do not extend to the existing phone/Internet networks, where Huawei has become a prominent player:

Huawei, established in the technology city of Shenzhen in 1987, has helped build mobile and fixed line broadband networks in New Zealand, joined the government’s Ultra Fast and Rural Broadband projects, led the sales of smart phones and home devices, and launched its Enterprise business to support local businesses. The Auckland office is now home to more than 120 staff, and Huawei New Zealand’s activities directly contribute more than $50 million annually to the local economy based on wages, partnerships with local suppliers, and sub-contracting for major infrastructure projects.

Given the 5G ban, there could be compatibility issues downstream between the current Huawei equipment – in use within the government’s Ultra Fast broadband initiative – and the future 5G network. So…why this sudden outbreak of sensitivity about Huawei when it comes to 5G technology?

Well, as the Sydney Morning Herald recently pointed out, 5G will be the key piece of architecture in the so-called “Internet of things” that’s envisaged to connect our electricity and water systems, medical and driverless technologies, systems in homes and hospitals, factories and farms. The security concerns about China being central to the provision, installation and maintenance of such a massively interlinked system is not hard to imagine, although Australia and New Zealand have both been coy about naming China per se, as presenting a security threat.

Somehow, our existing trade dependence on China isn’t regarded as a security issue, but this 5G technology is being treated as a (somewhat arbitrary) trading bridge too far. It is very hard to see what measures Spark could now introduce to the mix that would satisfy the security concerns that the GCSB has raised. That’s assuming that Spark is even going to be told in any meaningful detail just where those security concerns may lie.

In August, when Australia announced its ban on 5G Huawei technology it tried to do so in the most low key fashion possible.

The 1000-word statement did not mention China, or the Chinese telecommunications equipment giants Huawei or ZTE. Nor did it plainly state the bombshell decision that they are to be banned from building Australia’s new telecommunications network.

If you’re getting the impression that the government didn’t want to draw attention to the announcement, you’re right. After months of careful scrutiny, the cabinet’s national security committee had made the decision a week earlier. Then sat on it. Why? Because it was nervous about Beijing’s reaction…But everyone involved knew that it inevitably would bring on Beijing’s wrath.

That wrath wasn’t long in coming:

China’s foreign ministry said that it was “gravely concerned” at Australia’s “discriminatory measures”. China’s Commerce Ministry called it “the wrong decision” and warned of “a negative impact on the business interests of China and Australian companies”. In the usual theatrical crescendo, the Communist Party’s China Daily newspaper denounced the decision as “poisonous to bilateral relations” and the party’s Global Times said it was a “stab in the back” for Huawei, which happens to be the world’s biggest manufacturer of telecoms gear.

New Zealand can now safely expect to be on the receiving end of a similar firestorm of reaction from Beijing, and there could well be some blowback against our entire trading relationship. New Zealand has always seemed prone to take that kind of criticism more seriously than our allies, who have thicker skins. We do like to be liked. The indefinite postponing of PM Jacinda Ardern’s trip to China is probably the first symptom of the cooling in our relationship.

Part of our sensitivity is a product of the delusion that we are seen (and see ourselves) as a neutral player towards China. In fact, the Huawei ban forms part of a trifecta of measures via which the 5 Eyes allies have been beefing up their stance towards China. This is being expressed in the (a) the increased defence spending in Australia and New Zealand for which countering China expansionism is the only conceivable rationale and (b) the massive increase in Australasia’s aid and diplomatic profile in the Pacific, in order to counter China’s “cheque book” diplomacy. Now, (c) the Huawei ban is aimed at avoiding any dependence in future on Chinese technology at the heart of our ‘command, control and communications’ infrastructure.

Trade, so the old saying goes, is war by other means. A new Cold War is developing with China cast in the role of the Big Bad. In that context the Huawei ban is a hostile act, although one being carried out in the name of self-defence.

Periodically, the use of Maori symbols (and now, songs) in the global cultural marketplace raises calls for copyright enforcement, and payment. This week, the issue has arisen again over the use of karakia by a Korean boy band.

What, if anything, should be done? Presumably, we do not want to go down the road of putting ownership of the culture in question into the hands of individual persons, or particular iwi or a privately owned firm – and vesting a state organisation with ownership rights over elements of Maori culture would conceivably create more problems than it would solve.

Meaning: though not impossible, it is easier to vent about ‘unauthorised’ use than it is to devise a system of copyright that can be fit for purpose. True, the realities of globalisation mean that indigenous culture has become something akin to fair game for commercial interests – much as indigenous culture itself is being renewed through its contact with those same commercial forces.

Reggae and hip hop for instance, are forms of foreign commercialism that have become vital elements in modern Maori and Pacific culture, with the exchange being creatively transformative in both directions. No compensation to Tivoli Gardens in Kingston or to Compton was deemed to be necessary, or appropriate. There is a rationale for treating such exchanges as being inevitable, and dynamic – and arguably, preferable to attempting to freeze parts of the culture into a traditional time warp, for a competing set of monetary reasons.

And here’s the Korean boy band song at the heart of the current dispute. “Simon Says” begins with a brief sample in te reo, and that seems the extent of the cultural borrowing. Given the sorry state of music copyright hassles though – especially in the wake of the “Blurred Lines” decision – that would still be enough to establish an infringement, if legal ownership of the phrase in question could be demonstrated.