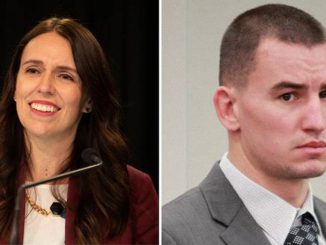 One of the reasons why the Immigration Minister has been empowered to exercise discretion about deportation decisions is that this allows humanitarian concerns and other factors to be (belatedly) taken into account. Good. Further down the decision ladder though, this ministerial ‘court of last resort’ enables Immigration New Zealand to operate an objective set of rules that can be bruisingly lacking in such nuances. This may be administratively convenient for INZ but – arguably – it would be humane to bring more sensitivity to bear a whole lot earlier in the decision process.

Kicking the problematic cases upstairs for the Minister to operate as some kind of ‘last chance saloon’ is to turn the deportation decision into a lottery. Certainly, the Czech convict Karel Sroubek (aka the NZ representative kickboxer Jan Antolik) got handed a winning ticket this week. Thanks to the discretion exercised by Immigration Minister Iain Lees-Galloway, Sroubek is to be spared from the automatic deportation that would have normally occurred once he finishes serving the nearly six year sentence imposed on him two years ago for importing five kilograms of MDMA (aka Ecstasy). Instead, once released, Sroubek will be able to recommence the process of gaining permanent residence here.

In making his decision, Lees-Galloway imposed a strict set of conditions. Within five months of his release, Sroubek will have to furnish INZ with a Czech passport made out in his true identity (which could prove to be a big ask) and also refrain from any criminal practices or fraudulent representation of his identity for five years after his release.

Lees-Galloway did not explain why he’d exercised his discretion – presumably because doing so could result in those grounds being cited as evidence if and when Sroubek ever comes up for deportation before the Immigration and Protection Tribunal anytime in future. As PM Jacinda Ardern said repeatedly at her post-Cabinet press conference yesterday, one can read between the lines as to the likely grounds for the Minister’s decision.

To fill in that background… Sroubek had been a key witness in a murder case in the Czech Republic, and his testimony was reportedly instrumental in securing the conviction of an underworld crime boss. There were allegations of corrupt cops, and the Czechs does not operate a witness protection scheme. Fearing for his life, Sroubek fled to New Zealand and sought residency here in September 2003 under a false name.

For obvious reasons, asylum seekers and those fleeing from harm should not be penalised by the immigration authorities for travelling under false documents. (Most dictators do not issue travel documents to their dissidents and wave goodbye to them at the airport.) Yet conversely, there is a reasonable expectation that fugitives will disclose their true identity once they do set foot in New Zealand. Perhaps fearful of the long arm of revenge, Sroubek didn’t. Ultimately, it was his enemies back home who tipped off the NZ authorities.

A jury convicted him [of fraudulent identity] in 2011 but Judge Roy Wade gave him a second chance [and discharged him without conviction] as a conviction would provide grounds for automatic deportation for the representative kickboxer. He believed Sroubek would still be in danger from corrupt Czech authorities and the man he helped convict of murder if he were deported.

Two years ago, Sroubek’s defence to the subsequent drug importation charges was that he had been framed by his old enemies in the Czech Republic, who had – he alleged – placed the drugs inside a shipment of legitimate goods that he was importing. The jury, and the Court of Appeal found that argument to be ‘far fetched’.

We do not know of course, the totality of the evidence available to Lees-Galloway that finally convinced him to exercise his discretion. We don’t know if his decision not to disclose his reasons was motivated by the potential diplomatic fallout of casting aspersions about the Czech Republic, or by the potential personal risk to Sroubek. Under the UN Refugee Convention, the country that hosts an asylum seeker has a responsibility not to deport them back to their country of origin if, on return, they would be at risk of death, torture or ‘cruel and degrading treatment’.

Yesterday, when I asked Ardern if these UN Convention provisions had been an element in why Lees-Galloway had exercised his discretion, she indicated those were the sort of factors that might be relevant, and added that those concerns would have arisen if the decision had gone the other way, and Sroubek had then made a claim for asylum to the Immigration and Protection Tribunal.

Some of the recent rulings from that Tribunal show what a lottery we have been operating here of late when it comes to our deportation decisions. In the recent past, up to 150 Indian students fraudulently induced to commit their family savings to study in New Zealand have been deported without any show of INZ or ministerial compassion.

Reportedly, these young people have been stigmatised by the deportation and their employment prospects have been damaged, conceivably for life. Even more outrageously… only a year ago a couple who were at clear risk of harm from an honour killing were denied asylum here by the Immigration and Protection Tribunal, on the bizarre reasoning that the couple at risk could always shift to another city in India.

Well, by the same logic, and since the Czech Republic is part of the EU, Sroubek might have access to 27 other countries in which to avoid harm from his enemies at home. Instead, a decidedly more generous approach has been taken in his case. Other people have not been so fortunate, so readily. This case involving two Iranians shows how difficult the long road to asylum in New Zealand can be.

One can only hope the Sroubek case indicates that under the coalition government, New Zealand will be taking a far more humane approach to those seeking asylum here. Yet the public shouldn’t be left in the dark to infer this, or forced to take it on faith. Ministers are granted discretion so that the system does not operate in a way that’s insensitive to the personal needs or to the diplomatic risks that individual cases may entail.

But for public faith to be maintained that this discretion will be exercised fairly and consistently, the public also need to know when and why it has been exercised. Any potential future legal inconvenience to the Minister is not sufficient cause for him choosing to abandon transparency. The power to exercise ministerial discretion was never intended to be a licence for secrecy.

Footnote : Talkback radio tends to be incensed whenever asylum seekers gain entry here on false passports. Yet in 2001, the reasoning involved was very well described in the Uxbridge case in Britain by Judge Simon Brown: “The problems facing refugees in their quest for asylum need little emphasis. Prominent amongst them is the difficulty of gaining access to a friendly shore. Escapes from persecution have long been characterised by subterfuge and false papers. As was stated in a memorandum from the UN Secretary-General in 1950: ‘A refugee whose departure from their country of origin is usually a flight, is rarely in a position to comply with the requirements for legal entry [possession of national passport and visa] into the country of refuge.'” Self-evidently, Brown concluded, the UN provides immunity “for genuine refugees whose quest for asylum reasonably involved them in breaching the law”.

Shelter From the Storm

This live version of the Blood on the Tracks classic is from 1976, a year after the album was released. By that point on the Rolling Thunder tour, the song was far more about conveying the storm than the shelter…and this version from a concert at Fort Collins, Colorado is driven along by a great, impassioned vocal from Dylan. “Livin’ in a foreign country, bound to cross the line…” Karel Sroubek can probably relate to that.