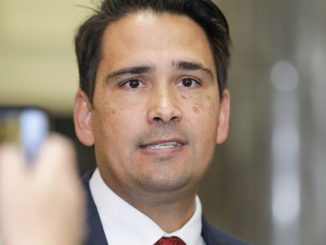 Like his Tory counterpart Theresa May in Britain, National Party leader Simon Bridges seems widely unloved, and safe in his job only to the extent that no-one else on the National front bench seems ragingly keen on taking over the task of leading National to a likely defeat in 2020. It is not a poisoned chalice like Brexit, but it comes close. Ironically, Jami-Lee Ross has probably bought Bridges a bit of time. Such are the levels of anger at the Botany MP, his former colleagues will be wanting to deny Ross the satisfaction of seeing Bridges bite the dust anytime soon.

Inevitably though, there will be a stock-taking when Parliament re-convenes in February, and if a leadership change is to happen it will occur around May-June next year. Even then, a leadership change will happen only if an erosion in poll support is putting many of the National caucus at risk in 2020, such that new leadership might staunch the likely scale of the losses. Otherwise, National can simply let Bridges run down the clock until 2020, and enact change afterwards.

Any talk of who might replace Bridges before then would need to consider what kind of leader National should then be looking for. The party already has a widely un-liked, somewhat polarizing leader. Replacing Bridges with a similarly divisive figure – say, with Judith Collins – would thus make little sense. (Like Shane Jones, Collins is not as popular with the public as she is with the press gallery.) Arguably, a more colourless figure like Amy Adams would better enable the party to play to its current strength: which is, that it remains the National Party, regardless of who leads it. For similar reasons in Britain, there has been recent talk of replacing Theresa May with a colourless interim figure like David Davis.

Accentuate the team, not the leader. That message, after all, is what this week’s Colmar Brunton poll told us. Support for National slipped only two points in a terrible week, but its leader and his main rival are both being seen by the public as liabilities, polling at only seven and five per cent support respectively. If National does conclude by mid 2019 that it is has reached Anyone But Bridges territory, Adams would seem the best option available. That choice would certainly offer an interesting twist to the 2020 election, as a divergence from presidential-style campaigns.

Meaning: it would turn Election 2020 into a contest between a leader who is popular despite the misgivings about her team, and an opposition running as a team, despite the lack of public enthusiasm for its leader. Again, this would be akin to what is being mooted by several observers in Britain. In effect, Ardern vs Adams would be almost a mirror image of a Corbyn vs Davis kind of contest.

Even if he had wanted to last night, Turkey’s leader Recep Tayyip Erdogan couldn’t play the tape of the killing of Saudi journalist Jamal Khashoggi – if only because to do so would be to officially confirm that Turkey carries out audio surveillance of the private communications that take place within the foreign consulates and embassies on its soil. Not a good look. Arguably, Erdogan could have intimated the tape’s existence by – for example – indicating how much time elapsed between Khashoggi entering the consulate and his death, but even then, the tape would have then become a sideshow. Better it be held in reserve and leaked eventually if need be, than led with from the front at this point.

What Erdogan usefully did instead was to (a) refute the ridiculous “rogue agents/plot gone awry” story being pushed by the Saudis and by a complicit White House (b) praise King Salman’s “sincerity” while urging him to bring to justice everyone involved in authorising the plot, and not just those who carried it out and (c) argue that any trial needs to be held in Turkey, where the crime was committed. Though Crown Prince Mohammed bin Salman wasn’t mentioned by name, everything from the planning of the plot to its enactment to the disposal of the body would lead any meaningful investigation straight to the Crown Prince.

For Erdogan, the Khashoggi murder has been a godsend. It has enabled Erdogan to push back against the axis of Saudi Arabia/UAE /Egypt, and claim a leadership role as the true defender of political Islam in the Middle East, and elsewhere in the world. In Cairo, as others have noted, it is the former general in charge who jails Islamists. Erdogan by contrast, is the Islamist who jails the generals. Both of them jail journalists.

This week, Jared Kushner has been doubling down on the US commitment to the Crown Prince as America’s key ally (alongside Israel) in the region. Daily, it seems advisable for the US to start spreading some of those bets, and strengthening its ties with Ankara.

For obvious reasons, tradition can be a tough field for innovators. Not all that surprising though, that the two young women from Louisville, Kentucky who call themselves The Other Years should be the opening act on Will Oldham’s current tour. One long-time indie folk innovator has recognized another, just as he did a few years ago with Angel Olsen. Basically, Heather Summers and Anna Krippenstapel make Appalachian music together that’s respectful of the traditions, without sounding stiff and formal about it. They’ve just released a fine album (available on Spotify) but this live cut captures the intensity that Summers brings to her vocals. She looks like a very, very young Sissy Spacek on this version of “Red-Tailed Hawk”.

Also from the album here’s a song about Talkeetna, a town in Alaska in which Krippentstapel recently spent a few months, hanging out and making strawberry jam. There’s a nice Stereogum interview with the pair available here.

And here’s that “Talkeetna” song….