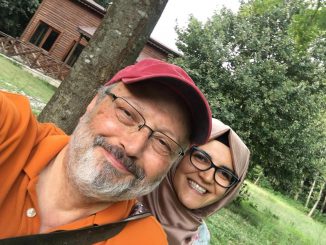 The cliché about one death being a tragedy and a million deaths only a statistic has been demonstrated in spades by the murder of the Saudi journalist Jamal Khashoggi. Of all the crimes committed over the past decade by the Saudi regime, it has been this revenge killing ordered by the Saudi Crown Prince Mohammed bin Salman that has finally brought universal condemnation. Such was the breadth of the outcry that even New Zealand felt it could now safely express its misgivings about Khashoggi’s death, without being singled out for Saudi retribution. Moral indignation always loves a crowd.

The pattern of the global response to the Khashoggi killing has been revealing. For decades, the West’s dependence on Saudi oil has given the regime a virtual free hand, sufficient even to survive the Saudi contributions to 9/11. More recently, the Saudi alignment with Israel against the Trump administration’s prime enemy, Iran, has provided further insurance for the Crown Prince and his clique. Less obviously, the Saudis’ role as a major customer of the West’s armaments industry has also made it an indispensable ally, and it is on this issue that the real hypocrisy over the Khashoggi killing has been played out.

Between 2013 -2017, Saudi Arabia was the world’s second largest arms importer, with its arms imports increasing by 225% compared to the previous five year period.

So over the past week, the litmus test for Western countries has been…. would you be willing to stop selling weapons to the Saudi regime, given the atrocities they’re committing with those weapons in Yemen? As Forbes magazine recently reported, a few arms exporting countries (Finland, Belgium, Norway, Canada) have banned arms sales to Saudi Arabia and to the UAE, its main ally in the Yemen war. Further up the supply chain, Spain has just scrapped an existing arms deal with Riyadh, while Germany has put its own arms deals with the Saudi kingdom on hold.

However the main suppliers – Britain, France and the Americans – are continuing to sell weapons to the Saudis.

Saudi Arabia is Germany’s second best customer for its arms exports. Even Germany’s decision to freeze arms sales has been less noble than it looks on paper. Previously, patrol boats had been Germany’s main arms export item to the Saudis but only last month, Germany approved a wide-ranging arms package that brought the arms trade total with the Saudis for the year to September up to 416 million euros. It is this last installment ($US291 million) of the package that has been frozen, ostensibly pending a full explanation of the Khashoggi incident.

Khashoggi however, may have not been the prime reason for the freeze. In January, the coalition agreement keeping German Chancellor Angela Merkel in power contained an explicit clause banning arms exports to any country ’directly’ involved in the Yemen war, although deals agreed before the current German government took power were exempted from that provision. Even so, the internal misgivings within Markel’s shaky coalition over the worsening humanitarian crisis in Yemen appear to have generated last week’s arms freeze. Yet as Die Zeit newspaper has reported, some of the German private firms involved can still get around the freeze by routing their supplies through their branch offices in France and Britain.

The protest actions taken by Spain’s new left-wing government have been far more genuine. In early September, Spain cancelled the agreement reached in 2015 to supply 400 laser-guided bombs to Riyadh, and also returned the millions of euros it had already been paid. All up between 2014-2017, the previous right-wing Spanish government had sold $US352 million worth of military weapons to Saudi Arabia.

Britain meanwhile, has been vastly ramping up its arms sales to the House of Saud, regardless of Riyadh’s activities in Yemen. Between 2015-2017 alone, Britain sold $6.2 billion worth of arms to the Saudis, via a mix of helicopters, aircraft, missiles, bombs and drones. Of late, Britain has defended its role in helping to arm the Saudis.

As for France… against the backdrop of an overall decline in its arms exports, France has almost doubled the worth of its deals to the Middle East, which comprises 60% of its total arms sales. As Reuters reported only this morning, France is now coming under intense public pressure to curtail its arms trade with the Saudis. The amounts at stake are considerable:

From 2008 to 2017, Saudi Arabia was the second biggest purchaser of French arms, with deals totaling more than 11 billion euros ($12.6 billion), French defense ministry data shows. In 2017 alone, licenses potentially worth 14.7 billion euros to Saudi were approved.

As always, the US remains the main ally for the Saudis politically, and is its arms merchant. In fact, the Saudis are the US armament industry’s biggest and best customer:

Saudi Arabia is America’s No. 1 weapons buyer. Between 2013 and 2017, Riyadh accounted for 18 percent of total U.S. arms sales or about $9 billion, according to a report by the Stockholm International Peace Research Institute.

Evidently, this business is just too good to be allowed to fail.

“I tell you what I don’t want to do,” Trump said to CBS’ “60 Minutes” on Sunday, when asked about blocking arms sales to Riyadh. “Boeing, Lockheed, Raytheon, all these [companies]. I don’t want to hurt jobs. I don’t want to lose an order like that. There are other ways of punishing, to use a word that’s a pretty harsh word, but it’s true.”

In time, the Saudis will be expecting the crisis over Khashoggi to blow over, and that business as usual will then quietly resume. Long before Trump, the US chose to make the Saudis – and Israel – the fulcrums of American foreign policy in the Middle East. Fundamentally, nothing about that commitment has changed.

Still, and no matter how transient it proves to be, the diplomatic furore over the murder of Khashoggi currently poses a problem for the Saudis. As the grisly details of the murder have emerged, the world has finally been confronted with the brutal nature of the Saudi regime. This time, the Crown Prince has managed to bring global condemnation down on the House of Saud. By doing so at this time, he has also made it more likely that the full horror of the catastrophe in Yemen will now finally reach the global media mainstream.

Reportedly, five million children are currently at risk of starving to death in Yemen. In addition, at least ten thousand people in Yemen now have cholera, thanks to the Saudis using those Western-supplied bombs and missiles to deliberately target the supply of safe drinking water. Sooner or later, the horror in Yemen will stop being just another set of statistics.

Footnote One : One always expects the worst from Donald Trump and is never disappointed. Still, it was surprising to see the Christian evangelist Pat Robertson publically treat the life of Jamal Khashoggi as being expendable when weighed against the business and diplomatic ties that exist between the US and Saudi Arabia. You’d think a religion that made such a big deal out of the sacrifice of one man on the cross would be a bit more sensitive to the moral issues involved. Clearly, Pat Robertson is not a big fan of Matthew 25:40.

Footnote Two : Given the arms trade details cited above, it is ironic that Jamal Khashoggi was the nephew of the infamous celebrity arms dealer and fraudster Adnan Khashoggi. Fabulously wealthy and well connected, Adnan K was a conduit in the Iran Contra arms deal and (as Seymour Hersh has reported) was also consulted by the-then US Assistant Defence Secretary Richard Perle in 2003, apropos the proposed invasion of Iraq.

Reportedly, Adnan Khashoggi told Hersh that Perle had discussed the economic costs and opportunities the Iraq invasion would entail. “‘If there is no war,’ he [Perle] told me, ‘why is there a need for security? If there is a war, of course, billions of dollars will have to be spent.’ War is always so very good for business.

Songs of war, and peace

When bad things happen to good people, religious people tend to cope by attributing it some mysterious workings of the divine plan, and praying for guidance. Plainly, this submissiveness annoyed the Texas singer/writer Darden Smith. Back in 1986, Smith used one of the best tracks on his debut album Native Soil to challenge the whole notion of embracing such an impassively cruel deity. In the final verse, Smith urged us to embrace the people we love while there’s time, before divine providence deals to them, too.

Subsequently, Smith’s career never really took off to the levels expected. Via a non-profit initiative called To Be An Artist, he has spent much of the past 15 years teaching songwriting in schools across the US, and in Western Europe. For the last six years, he’s also been the driving force behind a another non-profit organization called SongwritingWith:Soldiers. Through it, he pairs up professional songwriters with returned soldiers from Iraq and Afghanistan, to help the veterans achieve some creative, therapeutic release from their experiences by turning them into songs.

In modern warfare though, the trauma for those inflicting the harm may soon be taken out of the equation entirely. Death is now routinely delivered by drones, or from a great height above. In the process, moral agency is becoming detached. Back in 1990, the Minnesotan experimental folk band Boiled in Lead released a track called “Brave Bombardier” that deals with this impersonal nature of modern war-making. Unfortunately, there’s no YouTube link to the original track, on which a raw violin carried the melody. This piano-based cover version though, gets the basic message across well enough: