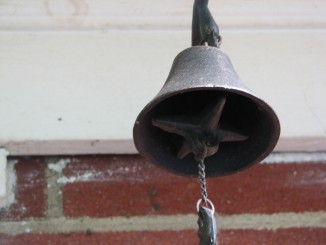 These days, strike action is essentially a game of three dimensional chess, and the industrial stoppages coming our way in education are a case in point. From the outset, the teacher organizations will have to inconvenience the public, but without alienating them significantly. Yet the process still has to be genuinely disruptive enough (and endure for long enough) that the politicians will be finally impelled to offer the sort of sizeable compromises on pay and conditions that only a sense of public crisis can justify – politically speaking, that is. Being seen as ‘caving in’ to union demands is never a good look for a centre-left government. Moreover, a reasonably prolonged conflict provides a good opportunity to highlight the years of neglect by the previous government.

In that sense, you could say that the teachers and politicians both need strike actions. Teachers need them to (a) rev up collegial unity and a sense of common purpose (b) to get traction with the public and the media, which in turn enables politicians to (c) perform a pantomine of reluctance that will end with the concessions required to restore order and a sense that justice, of a sort, has been done. None of which would happen if the politicians merely did the right thing and handed the money over without going through the whole theatre of industrial action. As they do when it comes to spending billions on Defence.

Here’s where we are right now. Teachers at primary and intermediate level will vote in about two weeks’ time about whether to hold a rolling series of industrial actions. According to RNZ, the vote is very, very likely to authorize a form of industrial action that will consist of one day strikes held in various regions one day after the other – partly to maximize media coverage, by stretching things out over the course of an entire week in November. There is also a line of thought that says one-day strikes are insufficiently disruptive, and that two day strikes would have more impact.

At this point, the vast majority of teachers are still well adrift of the pay offer on the table – which is for essentially a 3% rise every year for three years, when the teachers are asking for two 8% rises for two years. There’s obviously a large gap between this 9% over three years offer that’s being made, and the 16% over two years that’s being sought. And that’s even before the teachers’ related demands that (a) teacher shortages and (b) the excessive administrative workload piled onto teachers in recent years must also be addressed. (The practical specifics of how that can be achieved in the short term are rather vague.) So far, the scrapping of national standards hasn’t made a significant dent in the time and energy that teachers need to devote to paperwork.

Like the nurses, the teachers are keen that this dispute is seen to be not merely about them asking for more money. As in health, it is about the survival of an essential institution. At the PPTA annual conference last weekend, delegates representing over 17,000 secondary school teachers urged the government to make significant improvements on their initial offer – mainly in order to address the crisis in teacher recruitment and retention. Those wider problems are genuine. Roughly 50% of teachers leave the profession within five years, and as Education Minister Chris Hipkins told the PPTA conference, the last National government oversaw a 40% decline in teacher recruitment.

Time is running out. There is talk of joint NZEI/PTTA industrial action. As mentioned, the government is being pressed to come up with an offer that addresses teacher shortages and excessive workloads before the paid union meetings begin on 7 November – a deadline tailored around the tactical recognition that senior students will by then, have left for exam leave. (Just as the nurses did not abandon essential care when they went on strike, the teachers are doing likewise.) At the PPTA conference, the union presented polling research that showed – by over 80% margins – that the public supports the teachers’ demands for better pay and conditions.

Even so, that support can’t be taken for granted. Fine lines will need to be observed between taking effective strike action, while not putting the groundswell of public sympathy seriously at risk. For the political reasons cited above, an overnight success is unlikely. In his speech to the PPTA conference, Hipkins made a plea for patience and sympathy that was clearly aimed at the waverers and the undecideds in the teaching profession: hey, we’ve scrapped national standards and charter schools, we’re putting more money into special needs, we can’t do it all overnight. Let’s work together, there’s no conflict about where we all want to go. And in the meantime, Hipkins added, try not to bad mouth the profession too much. As he put it:

While I understand your frustration that things have reached this point, we won’t turn it around, possibly ever, if the message our prospective future teachers get from today’s teachers is that it’s a profession not worth joining.

Yeah right. Evidently, one strike is not going to make a summer. It is going to be a long haul until school recommences in February. Better offers need to be made, and eventually will be. The delays in making them are largely about the political optics of not being seen to be making too many concessions, too readily. And that’s really exasperating.

Footnote : Defence spending is managed quite differently. The big bucks get spent even before the public is aware of what’s happening. Sure, that spending is capex, but even so… there is no magic money tree when it comes to Defence spending. Though thinly spread over the next decade, the amounts involved are colossal, and will cumulatively impinge on the funds available for health and education. To counter the non-existent threats to this country, the coalition government has – for example – signed off $639 million for the temporary refit of two ANZAC frigates, spent nearly $3 billion (all up) on the Orions replacement, and is about to spend a similar amount again in replacing the Hercules air transports. More frigates are also on the horizon.

Significantly, no strike action was required to secure those massive spending commitments. Come late November/early December when the Hercules replacement is signed off, it will be interesting to see just how the government rationalizes that indulgence. To the teachers, and to parents.

In 1988 the big political idea was perestroika, Home and Away had just premiered on television, Stefan Edberg beat Boris Becker in the Wimbledon final… and on August 18 of that year US presidential candidate George H. W. Bush (senior) gave a speech where he famously invited the public to read his lips, because there would be “no new taxes” if he was elected. Flash forward… and this week, National leader Simon Bridges unveiled a “no new taxes” promise during the first term of a National government, as his brand new pitch for election 2020. That’s National for you: their new ideas are thirty years old.

Out of the same time warp, the Taxpayers Union has also issued a press release claiming that the latest decline in business confidence called for another round of tax cuts.

Deja voodoo, again. The belief that tax cuts result in growth just will not die, despite evidence from all around the world and from here in New Zealand, that tax cuts do not result in spurts in economic growth. In fact, the loss in revenue is far more likely to lead to compensatory cuts in public services. Does being a conservative need to involve being quite so brain dead? Surely not.

It would be re-assuring though, if the centre right could move their political ideas beyond the circa 1988 package of (a) tax cuts (b) wage reductions (c) budget balancing cutbacks in public services that they’ve been promoting for the past 30 years. In no other modern country at this point in the 21st century could a major political party be pinning its economic plans for electoral success on offering yet another warmed over serving of Thatcherism.

If Simon Bridges does aim to shore up the past, maybe he could promise to make no significant changes to the MMP system. Because in a television interview on the weekend, New Zealand First leader Winston Peters was once again talking about re-visiting the MMP referendum. One would like to think that this was just another bugle call by Peters to the party faithful made without any realistic expectation of change. (Just like that Kiwi values pledge.) Here’s what the reform package put together by the Electoral Commission in 2012 (and quickly shelved by National) had advocate:

Its recommendations included ending the one-seat [electorate]threshold, reducing the [party vote] threshold from 5 per cent to 4 per cent, and reducing the overhang provision, which allows the Parliament to have more than 120 MPs in some circumstances.

It seems unlikely that the current raft of political parties could ever agree on a common response. Sure, it is true that NZF, the Greens and Labour all want to get rid of the one seat electoral ‘coat tail’ on which the Act Party’s presence in Parliament has long depended, However, Labour and the Greens also want to lower the overall 5% threshold. New Zealand First doesn’t. For Labour, the lowering of the overall threshold and the scrapping of the electorate coat-tail must be done in unison. In any case, lowering the 5% threshold before 2020 would look like such naked opportunism by Labour (it would be widely seen as a ruse to help get its current partners back into Parliament) as to make any such action politically impossible.

National, for its part, can only cross its fingers and hope that Peters makes such a hash of NZF’s current stint in government as to create a climate where, if re-elected, Bridges could risk using a simple majority in Parliament to scrap the entire system. Sure, there is a convention that changes to the electoral system require a 75% ‘super majority’ in Parliament, but as No Right Turn has usefully pointed out, key aspects of MMP are not set in stone.

For now, MMP seems to be in no immediate danger. Still, it would be useful if Bridges could re-assure voters that no future National administration he led would ever try to change MMP via a simple parliamentary majority.

The singer/rapper Ozuna belongs to a whole swathe of Latin America. Born in Peru 26 years ago to a Puerto Rican mother and a father from Dominica who were both resident in Bolivia, he spans a range of Latin dance-related music styles ; reggaeton, Andean huayno, Dominican bachata, Latin trap. He is also phenomenally successful. Over 20 of Ozuna’s Youtube videos have been viewed more than 100 million times, and “Se Preparo” from his last album Odisea is closing in on a billion views. The lyrics to this song are not exactly progressive: the guy cheated on her, she moved on, got “prepared” and cute, and when the singer sees her in a night club and imagines her naked… boy, what a fool that other guy was.