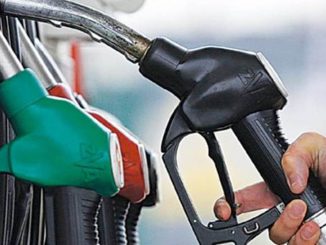 Over the course of National’s entire term of office… it had the great good fortune that high global oil prices rarely coincided with a low Kiwi dollar, and so the price of petrol never became a major item on the political agenda. No such luck for the current government. Even between February and April while the coalition was putting the final touches to its first Budget, the New Zealand dollar was still bouncing around a respectable 70-73 cents against the US dollar. These days though, our dollar is barely holding onto 64 cents against the greenback and headed downwards, given how the US is regularly jacking up its interest rates. Our dollar has few admirers at present.

Meanwhile, oil prices continue to head skywards, much to Treasury’s evident surprise. The economic forecasts out until June 2022 contained in the May Budget were based on Treasury’s rosy assumption (B.3 page 7) that “West Texas Intermediate (WTI) oil prices fall from $US62.9 per barrel in the March 2018 quarter to $US60 by mid 2018, and remain stable thereafter.” Bad call. This week, the West Texas Intermediate price sits at over $74 a barrel and is headed higher, as the looming US sanctions against Iran threaten to take anything from between one to two million barrels per day of Iranian oil out of the market.

Faced with the political risk of rising petrol prices resulting from its own actions (does that sound a bit familiar?) the Trump administration has become alarmed that angry US motorists could take it out on Republican lawmakers in the upcoming midterm elections. So, all this week, the White House has been frantically issuing waivers to the likes of South Korea and India, to allow them to buy Iranian oil. The Saudis are also offering to release more stored oil onto the market, though their ability to play this traditional role on behalf of Western governments is currently quite limited. Yet it may be just enough to flatten out petrol prices in the run-up to the midterms.

Point being, these stop gap measures could offer some (brief) relief for Kiwi motorists over the summer from the worst case scenarios ($US100 a barrel for Brent Crude!) about where global oil prices are headed. Even so, the Americans will remain the main problem for Kiwi motorists (a) because of their Iran sanctions (b) because of the US Federal Reserve’s hiking of interest rates and (c) because of their trade war with China which is creating uncertainty that ironically, is driving investors to the refuge of the US dollar and pushing the greenback even higher. Since oil is traded in US dollars, no New Zealand government can do much to control the price of imported oil at the pump.

That offshore aspect though, barely got a mention from PM Jacinda Ardern at yesterday’s press conference. In recent weeks, the government has copped a lot of flak, as if the annual petrol tax increases and Auckland regional fuel tax have been the main drivers of those cost increases at the pump. Certainly both the excise tax increase and Auckland’s regional fuel tax – which are earmarked to deliver direct returns to motorists via reduced congestion and road safety improvements – play into the stereotypes about ‘tax and spend’ centre-left governments.

Yesterday, Arden was keen to tackle those perceptions head on. In 2008, she argued, we had one of the lowest pre-tax costs for petrol in the OECD. “Today, New Zealand has the highest pre-tax costs for fuel in the OECD.” Plainly then, the taxes themselves though, she continued, have not been involved in this cost reversal. Between 2008 and 2016, the margins that importers were taking for themselves more than doubled, to 16% – thus entailing a transfer of “hundreds of millions of dollars a year” from consumers to producers.

Moreover, Ardern indicated, between 27 October last year and the end of September 2018, petrol prices have risen by 39 cents a litre, of which 6.8 cents can be attributed to taxes and levies, 22 cents to the imported costs mentioned earlier, and 9.8 cents to importer margins. Prices also differ significantly between the Wellington/South Island market, and the rest of the North Island. All up, motorists are being fleeced in what is, in her view, an “unacceptable” situation.

So what does her government propose to do about it? Well, she aims to speed track a Commerce Commission study into the competitive workings of the NZ oil industry, with subsequent action being prioritized once those findings are in. To empower the Commission to do this work, special legislation will first need to be passed –incredibly, the competition watchdog currently lacks the power to initiate its own investigations into how effectively competition is functioning. As of mid 2018, both the National Party and Business NZ were resisting the Commission staff being enabled to launch such investigations off their own bat. (National argued that it should be able to do so only at the behest of the Commerce Minister.) It will be interesting to see if National continues to hold that line, and votes against the Commission’s ability to be a self starter on initiating work of benefit to the consumer, by fostering the competitive workings of the market.

Assuming this road block can be quickly cleared, it still means it will be mid 2019 before any substantial data, feasible solutions and actual relief are in prospect. The government’s problem is that its own taxes and levies play a minimal role in the price rises – and yes, they do go back into benefits to motorists. But waiving the tax is one of the very few means the government has at its disposal to offer motorists a bit of immediate relief.

At best though, it would be only be a cosmetic fix. Given how small a component the excise tax/levy is in the overall price picture, Ardern is probably right in saying that even if the government did waive the excise tax increase this year, the industry would probably just gobble it up, and not pass it on to motorists. In which case, the government could indeed point to the oil industry as being the predatory villains of the piece. But would that come as news to anyone?

Unfortunately, going down that route would also make the government look entirely opportunistic, and would not solve its core problem – that much as it may wax angry and sympathetic on our behalf, the government will remain a virtually impotent watcher from the sidelines, as the price of petrol continues its upward rise through much of 2019.

Footnote: In these coming months, we can expect to hear a lot of National leader Simon Bridges banging on about government taxes being the main driver of petrol prices at the pump, even though the claim is patently false. The last National Cabinet to which he belonged hiked the same petrol taxes annually when in office. National also remains coy about what road safety measures and/or road improvements it would choose to cut, given that it wouldn’t any longer have the tax revenue to pay for them.

Hang the expense. Here are two great driving songs, starting with the song Jonathan Richman and the Modern Lovers recorded 46 years ago, well before Jacinda Ardern and Simon Bridges were even born. Such atmosphere, and such great improvised lyrics… “With the radio on at night/And me in love with modern moonlight….suburban trees, suburban speed/and it smells like heaven….” Four minutes of magic, behind the wheel.

And the road goes ever on. This mesmerising track uncoils in the way that the much-loved Vulgar Boatmen perfected on albums like Me and My Sister and (especially) Please Panic. More fine lyrics in this track, too. Once you’re in the car, the world seems small. “And I can hear your heart, we’re gonna drive somewhere….