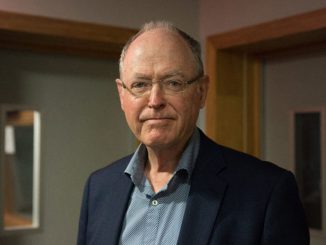 Free speech controversies – and the threats to freedom of expression posed by city councils and university administrators – rarely have to do with the opinions of those lacking a public platform. Hurtful though the actions of the Massey University vice-Chancellor may have been to Dr. Don Brash, his views on race relations were not unknown before the Massey incident, and shall doubtless be voiced again in other forums. It is not as if, thanks entirely to Massey University, we are living in ignorance about what Brash thinks and says on the subject.

In fact, so regularly does Brash pop up in the media that one can have some sympathy with the Massey vice-Chancellor perhaps choosing – just this once – to prioritise the sensibilities of the tangata whenua likely to be on the receiving end of Brash’s thoughts on the rightful place that they, and their language, should occupy in this society. There is some irony that Brash has emerged as a champion of free speech, when much of his advocacy has been about disparaging the Maori language, and calling for limits on its outlets for expression.

Maybe, by choosing not to provide Brash with another platform for his well-canvassed views on race relations, the university was seeking to fulfill a different vanguard role it has in our society – namely, to be a responsible and pro-active Treaty partner. Even so, Massey failed to protect the right to be heard of even those people who have noxious views to convey. Denying Brash access has provided him with far more exposure than allowing him entry would ever have done.

But let’s not kid ourselves. At this point in time, there is no genuine debate (conceived as a contest of valid and competing views) to be had here. As with climate change denial, anti-fluoridisation views and anti-vaccination advocacy, the debates are over. The views on race relations held by Brash and his supporters are now mainly of only historical interest and – increasingly – they rely on the oxygen of controversy to retain a semblance of relevance to modern-day New Zealand.

No doubt, all of these free speech issues will be canvassed by the independent review being set up to examine Massey’s decision to prevent Brash from speaking. These are difficult times for those accustomed to a polite discourse hitherto monopolised by the soci0-politcial elites. Other voices are now emerging, some of them angry and impolite. For those who have enjoyed the benefits of privilege, it can feel menacing when people who have been silent begin to speak up.

By and large, it is older white men of means with ready access to media platforms who are feeling the most threatened by this new climate of intolerance for the intolerable. In reality though, the most virulent forms of intolerance are still being directed at those with least access to the media microphone. A couple of years ago for instance, the Guardian carried out a survey of its comments section and found (to no real surprise) that of its ten most abused writers, eight were women, and the two men were black.

If we are committed to free speech regardless of the likeability of the messenger, two recent problematic examples come to mind. With nothing like the fanfare that has surrounded Brash or the two Canadian ultra-rightists, the government (and the courts) are moving to protect themselves from people who have been pains in the neck in the recent past: namely, the blogger Vince Siemer who writes about legal matters and judges, and Kim Dotcom.

To take them in turn. There is draft legislation before Parliament called the Administration of Justice (Reform of Contempt of Court) Bill 2018. It was introduced by the former Attorney -General Chris Finlayson, but has been taken over by the current government. The main provisions of concern begin at clause 24:

24 Offence to publish untrue allegation or accusation against Judge or court
(1) A person commits an offence if the person publishes an allegation or accusation made by that person or another person against a Judge or a court, and there is a real risk that the publication could undermine public confidence in the independence, integrity, or impartiality of the judiciary or a court.
(2) A person who commits an offence against subsection (1) is liable on conviction,—
(a) in the case of an individual, to a term of imprisonment of less than 2 years or a fine not exceeding $50,000:
(b) in the case of a body corporate, to a fine not exceeding $100,000.

True, there are a couple of safeguards:

Even so, the thrust is to create a new and severe sanctions regime to protect the good name of the courts and of the individual judges who serve in them ; and it runs directly counter to where we’ve been headed with respect to the other arms of our constitutional framework. As Sir Geoffrey Palmer points out in an excellent article (“The Purposes of Protecting Speech” in the New Zealand Law Journal, September 2018) about the history of free speech in this country, the provisions shielding politicians from public criticism and evaluation have been shrinking, ever since the landmark Atkinson v Lange case 20 years ago:

This new offence amounts to a statutory libel on a judge or a court. The judiciary are part of the system of government, although independent from Parliament and the Executive. False statements made in attacks upon the government are no longer punishable under the criminal law of libel and slander and sedition. Why should it be any different for the judiciary and the system of justice than for the political arms of government? Special protection for the courts and the judiciary but not the other constitutional arms of government seems to be inconsistent. These provisions in the Bill seem to be bringing back an approach to speech that has recently been rejected by the Parliament. The new offence is heavy handed and likely to be replete with practical difficulties in its application.

Exactly. Ample protections are already available to the courts (and to judges) in the laws on defamation, contempt of court, the Crimes Act, Summary Offences Act, the Harassment Act and the Harmful Digital Communications Act, to name just a few. On this issue, Palmer adds, “New Zealand appears to be swimming in the wrong direction. In England and Wales…. the common law crime of scandalising the court was abolished and nothing replaced it…I struggle to see why New Zealand judges and courts need a new protection that is more complex than the old offence when the English judges no longer require any such protection. The common law offence of scandalising the court is dead or dying in most jurisdictions that we look to with respect. An elaborate substitute seems unnecessarily authoritarian.”

Finlayson had tangled before with Vince Siemer in cases to do with some of the matters traversed in his original draft. “No doubt,” Palmer says, “the behaviour of Mr Vince Siemer has been a significant irritation in the system of justice. But that is no reason to suppress speech. Institutions have to be able to withstand such attacks.” Ditto with criticism from those feeling aggrieved by court decisions. As Palmer advises, “Baseless attacks by disaffected people are best ignored. Measures of the type proposed will only add to their sense of victimhood and make martyrs of them.”

Like Siemer, Kim Dotcom has been a significant irritation to the powers-that-be. The recent Attorney General v Dotcom ruling in the High Court can only be understood in the context of that backdrop. On the eve of legal proceedings in 2015 to do with his extradition, Dotcom had made information requests under the Privacy Act of all government agencies for the information they held on him.

With the pending extradition litigation in mind, Dotcom also asked for those requests to be treated as a matter of urgency. Finlayson not only refused to comply but dismissed the requests as ‘vexatious’ – partly because some of the information requested was deemed to be ‘trivial’. The Privacy Commissioner refused an appeal from Dotcom, but the Human Rights Review Tribunal found in his favour, only to have that finding now overturned by the High Court.

No Right Turn has succinctly summarized the process:

The agencies had responded by transferring the requests to the Attorney-General [Chris Finlayson] his opponent in the litigation, who then refused them as “vexatious”. The Human Rights Review Tribunal had previously held that both the transfer and refusal unlawful: that the transfer to an agency which did not in fact hold the information being sought was contrary to the Act, and that the bar to vexatiousness being very high – previous rulings had said that it required a request to be such that no-one could make it in good faith – the refusal was also unlawful.

Unfortunately, the High Court has now come out in favour of the original transfers/refusal. You can read the whole ruling here. The reasoning involved seems to be that because Dotcom had sought urgency in the context of his extradition proceedings – which still jeopardise his ability to remain in New Zealand – his attempt to obtain a full picture of the government’s attitudes and actions towards him somehow qualify as being a “vexatious” request. Too much trouble, instigated by a known pain in the neck.

And so annoying. After all… a system that had shown itself willing to throw millions of dollars at achieving Dotcom’s removal from this country, could hardly be expected to go to the trouble of ensuring his timely access to information relevant to his defence, now could they? Logically, you would be inclined to think that pending court action affecting your liberty and country of residence would be the textbook definition of the very opposite of ‘vexatious.’

Hate to invoke Voltaire, but it is when the rights of the disagreeable are under threat is precisely when the true mettle of the system is put to the test. In that respect, rappers (see below) and dancehall musicians should enjoy the same rights to free expression as former politicians. Evidently, Don Brash has a number of friends and supporters eager to paint him as being the victim of a narrow political correctness. As mentioned, that role would be more convincing if Brash wasn’t campaigning so tirelessly against the rising incidence of diversity, within the country’s racial and cultural mix. Still, he should be heard out, even if merely as a relic of a neo-colonial past that’s fast fading into history.

The likes of Siemer and Dotcom don’t enjoy the same level of support, but if we believe in the freedoms at stake, they should.

Linking to the Bobby Fuller Four and “I Fought The Law” is pretty predictable. Yet this mid 1960s clip is notable for the way a young Glen Campbell horses around in the background with a gun and a fake moustache, threatening the womenfolk on set. Those were fun times, back then.

And in the general spirit of tolerance for those playing an unconvincing role, here’s Ice T and his tough guy classic “Cop Killer”. Warning: there is swearing, and a lot of disparagement of those in authority. Enter at your own peril.