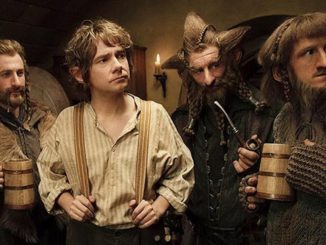 Clearly, Jami-Lee Ross is not waging a normal form of political warfare, with agreed rules of combat and rational cost/benefit calculations. This is politics-as-terrorism where everything is being sacrificed by the man in the bomb vest in order to remove Simon Bridges as the leader of the National Party. You have to wonder: what on earth happened to Ross that set him on this course of mutually assured destruction?

Taping your boss is usually a last resort, and not undertaken lightly. Elsewhere, Donald Trump’s lawyer Michael Cohen and White House political aide Omorosa Manigault both took to taping their interactions with their boss as an insurance scheme against ending up as the fall guy, sometime in future. It is the political equivalent of wearing a wire. One has to wonder at the climate within the National Party upper echelons that made such a precaution seem advisable.

Given the amount of shrapnel now flying, it is almost beside the point as to whether the contents on yesterday’s tape substantiated the prior allegations. That’s because there was other stuff on the tape – the casual dissing of colleagues, the treating of ethnic communities as meat markets for donations, the potential for political payback for donations rendered etc etc – that served Ross’s wider goal of presenting National’s current leader as an unelectable package of political poison.

None of it makes Jami-Lee Ross look good, or does much for his future employment prospects. None of it does anything to further the ‘hardworking constituency MP’ image that he briefly tried on for size the other day, for by-election purposes. If there are any further tapes to come, one can be fairly sure they will not feature Simon Bridges visiting orphanages, or helping retirees across the street. Supposedly, it is never a good idea to see how sausages are made. What Ross has done is take us into the political sausage factory and rub our noses in it. Ultimately, it could be seen as a public service to portray politics in this realistic light, but few people will find it pleasant, or will be thanking Ross for the experience.

One can almost pity the poor centre-right voter in Botany. Only a year ago, they voted for this guy – and for the party led by that other guy – in droves. Come by-election day later in 2018, they may just as well stay home, or send in a write-in vote for Donald Trump.

Footnote One. So the original allegation of a $100,000 donation from one Chinese guy has become a situation where there were seven lots of $14,000 gifts made simultaneously from seven different Chinese donors, plus a $2,000 donation from another donor that rounded things up to a neat $100,000. (That last $2,000 must have been for the feng shui of numerical harmony.) Nope, nothing suspicious about that arithmetic at all.

Footnote Two. “Mental health” has not been a winner in this saga, either. Back in August, the sensitivities of the mentally ill demanded that a cone of silence be dropped over the identity of the original leaker. By October 3 though, Bridges was describing Ross’s difficulties in this area as “embarrassing” – and though the word was quickly retracted, the sting remained. By the time this week rolled around, it has become open slather for Ross’s mental stability to be publicly questioned. Meaning: back in August it might have been a bit premature to herald a new dawn in our attitudes towards mental illness in the workplace.

Just in case this gets overlooked in the wake of Hurricane Jami-Lee, the Film Industry Working Group has just told the Ardern government that it should retain the “Hobbit law” created by John Key, Gerry Brownlee, Chris Finlayson etc. As you’ll recall, this 2010 law scrapped a number of workplace rights – including the rights against unjustified dismissal – that had been upheld in 2005 by the Supreme Court in the Bryson case.

Not only will the Hobbit law exemption be retained for those engaged in film production. Incredibly, the Working Group has also recommended that the exemption should be extended to all related industries engaged in other aspects of ‘screen production’, including television production, video gaming, AI, and virtual reality work:

We recommend the carve-out from the Employment Relations Act be modified to more accurately reflect screen production work as opposed to the more narrow concept of ‘film production work’ currently in the Act. This would include work performed, or services provided, in respect of the production of feature films, gaming, television, internet-delivered video recordings, and virtual and augmented reality imaging. This should also cover formats not yet known to our industry.

Wow. Here’s part of the reasoning the Working Group has followed and/or swallowed:

Working group facilitator Linda Clark said keeping current law, which meant film workers were treated as independent contractors unless they had a written employment agreement, helped provide the budget certainty and flexibility of conditions needed by the industry. Ms Clark said the screen industry was unlike any other.

“The nature of filming means producers require certainty of cost and flexibility of conditions in order to complete a production on time and on budget,” she said. “Project durations are often fixed, and one worker can be involved in multiple productions during a year. The working group is proposing a model that reflects the sector’s uniqueness.”

Somewhere in heaven, Helen Kelly must be spitting tacks. Worker rights are expendable, it seems, if film projects “need” to be brought in on time and on budget, and with “budget certainty” and via “flexibility of conditions.” That’s the same thinking that drove the Employment Contracts Act. Somehow, New Zealand’s most modern, value added, IP –driven business sector allegedly “needs” to retain 19th century employment laws in order to survive, and thrive. According to Clark “the screen industry is unlike any other,” and its work conditions have to reflect the “sector’s uniqueness.”

Codswallop. The most “unique” thing about our film industry is that a New Zealand government chose in 2010 to change our employment laws to suit the desires of (a) a Hollywood studio, and (b) their local partner. As a result, the working conditions for film workers here are less fair and balanced than in almost any other developed country. Far from being “unique” and corralled only within our film industry, these dire conditions are now likely to be applied to all digital visual industries, and (potentially) elsewhere in the gig economy to boot.

The Working Group feels it can’t recommend anything better partly because “one worker can be involved in multiple productions a year”. Really? That’s an opportunity, not a problem. Given how few local companies are involved in the big budget Hollywood productions central to this issue, why can’t those rights be treated as portable between those multiple projects? After all, aren’t those projects supposed to be welcome here because of the continuity of work and the skills transfers they deliver? If there is such continuity, why can’t this relatively small pool of workers be enabled to transport their skills, and their work conditions, across and between projects?

Also: if you’re going to exempt all of our established and emerging digital visual industries from our labour laws because they are so unique and so valuable, why not make those rights and conditions better than those available everywhere else? Why necessarily make them worse? Creatives work better when they’re treated well. (Anecdotally, conditions on NZ film sets are more stressful than those in Australia. They needn’t be if people weren’t being worked to the bone, and tossed aside.)

Finally, the protections the Working Group propose offer little in the way of genuine protection. Good faith requirements can mean little, in a context where the Working Group has already prioritised bringing the project in on time and on budget, and delivering so much ‘certainty’ to employers that they cannot be expected to manage the normal workplace challenges involved when workers have “employee” status.

Apparently, film workers are to be treated as independent contractors unless they have a written employment agreement saying otherwise. Well, good luck with asking for written employee protection at your next screen industry job interview. The other figleaf being offered is that film industry workers will have the right to bargain collectively, but within a workforce where only some of them will enjoy the powers and protections to bargain collectively that go with “ employee” status. Already, this collective bargaining aspect of the recommendations has been seized on by Workplace Relations Minister Iain Lees-Galloway:

The Coalition Government asked the Film Industry Working Group to come up with a model that would restore rights to bargain collectively, while also allowing workers to continue as contractors if they want to. “The members have unanimously recommended arrangements that they feel will be suitable for the screen sector and those who work in it. I thank the members of the working group and facilitator Linda Clark for their work. “The Film Industry Working Group is a great example of the collaborative and constructive relationship between businesses and workers that this Government wants to encourage.

Yep, that’s another way of describing capitulation. To repeat: yes, film industry workers will henceforth have the nominal right to bargain collectively. But most of them will do so from a weakened platform alongside “independent” contractors who are being employed on a task-by-task, project-by-project basis. There is nothing truly “unique” about this situation – the de-centralisation of work and the atomisation of worker rights is becoming a feature of the 21st century workplace.

Talk about an opportunity missed. The Working Group had the opportunity to bring the film industry into the 21st century and establish a beach-head for meaningful collective bargaining in this and other realms of the gig economy. By falling at the first fence – collective bargaining without employee status is a virtual sham – the Working Group has pre-empted the Future of Work deliberations of Grant Robertson.

How did we get to this point? After those dire business confidence surveys mid-year, Labour is – no doubt – feeling gun-shy about confronting business on anything to do with worker rights. It has backed down and let SMEs keep in place the 90 day ‘fire at will’ law for new recruits. It has now made a similar and significant backdown on the contractor v employee issue.

According to the well-known folk myth… one after another the seven Chinese brothers brought their differing superhero talents to bear on the task of frustrating the Emperor. And so, for those totally unrelated, serial-but-simultaneous donors to the National Party, here’s a classic REM song.