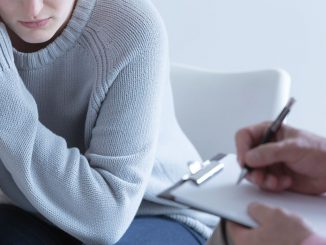 The right to abortion in this country has always rested on a very flimsy foundation. As many observers have noted, New Zealand has a very conservative abortion law in place that has always been interpreted liberally in practice, in order to bring it roughly into line with what the vast majority of the public want and expect.

Not only have women needed to lie about their mental state to access an abortion, but the certifying consultants have been required to stretch the definition of what constitutes a threat to mental health. Legislatively speaking, rape is not a ground for obtaining an abortion. Nor is extreme youth.

This subterfuge has been played out in the political sphere as well. For years, politicians (eg Paula Bennett) have been more than willing to describe themselves as being ‘pro choice’ to the liberal voters in metropolitan centres, while simultaneously saying they saw no pressing need to change a law that denies the primacy of a woman’s right to choose. Thankfully, the coalition government is finally taking steps to correct the situation.

One of their reasons for doing so is that can be no grounds for complacency that the 1977 law would always be applied in the current liberal fashion. The age of Trump (not to mention the Handmaids Tale TV series) has reminded women that they cannot rely on nod-and-wink tolerance as a reliable safeguard. As recently as 2012, a court challenge mounted by the Right To Life movement to the current abortion certification process failed in the Supreme Court by only the narrowest of margins, in a 3-2 split decision.

In the course of reaching that decision, it was affirmed that the law does not allow the validity of the decisions made by certifying consultants to be challenged in court. Yet as Alison McCulloch pointed out at the time, that safeguard rests on a single precedent set in 1982 – namely, Wall v Livingston. Some of the justices who re-affirmed Wall v Livingston in the 2012 proceedings have since retired. Looking ahead, the right to abortion cannot continue to depend on the accidents of just who happens to be sitting on the Supreme Court bench at any given moment.

The issue is not merely that the 1977 law criminalised abortion by placing it under the Crimes Act 1961. However, taking abortion out from under those Crimes Act provisions passed nearly 60 years ago – and treating it instead as an issue of women’s health – is a necessary first step. Among other things, it is the starting point required for anyone who is serious about treating the decisions that women make about their own bodies as being the central and over-riding principle. In February, Attorney-General Andrew Little sought Law Commission advice on how best to proceed with the revision of our abortion laws.

The result? In the course of de-criminalising abortion, the government proposes to scrap the current process that requires the prior approval of two certifying consultants. Besides the subterfuges mentioned above, that cumbersome requirement has been a factor in why the access to abortion has differed region by region around New Zealand, depending on the ready availability of approving consultants within the optimal timeframe. (A 2010 study showed that compared to other developed countries, abortions are accessed much later in New Zealand, increasing the risk of complications.)

The proposals on the table

Whatever option New Zealand adopts, the procedure should be enabled to develop in tandem with another modern development. As Alison McCulloch also pointed out six years ago in this Werewolf article abortion procedures elsewhere are being partially abetted and superseded by chemical agents, self-administered, by those able to access and afford the pills involved. In the course of treating abortion as a healthcare issue, it would therefore seem logical and desirable that access to those less intrusive chemical measures should also be improved.

Ultimately, a conscience vote in Parliament will determine whether our abortion laws are changed, and what new system is adopted. Little has already indicated that it will be next year before any paper is taken to Cabinet, and this Cabinet paper will then become the basis of fresh legislation. Going by that timeframe, it will probably be 2020 at the earliest before any substantive change is evident, in practice.

Given that National Party leader Simon Bridges is known to be conservative on this issue, the coalition government may welcome delaying a conscience vote on this issue until election year. Similarly, and with an election imminent, conservative New Zealand First MPs may also prefer to have their conscience vote become a pitch to the party faithful. Since only four women were among the Parliament that passed the 1977 law, our 45 current women MPs will also probably welcome the chance of helping to determine the shape that our abortion laws will take in future. Abortion laws are always political. At long last though, they may soon no longer reflect the politics of old and conservative men.

Well hello, Michael Myers. On this night of nights, you can’t go past this classically creepy theme that John Carpenter wrote for his original Halloween movie…

But this stuff goes back. On Hallowe’en , the Queen of Elfland is said to ride with her fairy court, promising gifts to those on whom she bestows her kisses but – as Thomas the Rhymer found out to his cost – there is a price attached.

Some people don’t take the trick-or-treating all that kindly, either. 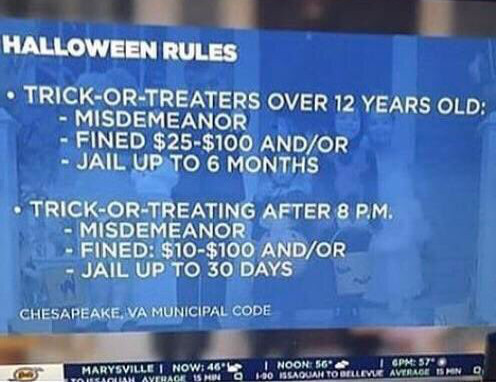 And finally, here’s the all time monsters-having-fun classic track: