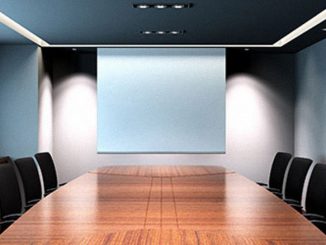 Good to see that Business NZ has had the good grace to applaud the government’s latest handout to its members. From now on it seems, firms will only need to re-invest a paltry $50,000 in research and development – half the previous amount – to qualify for a sizeable tax break. The definition of what activities can qualify as r&d has also been broadened, and the tax credit itself has been raised from 12.5% to 15% of the spend.

Will this help shake our business sector out of its self-induced funk? We can but hope. For decades, New Zealand firms have had one of the lowest rates of investment in r&d in the OECD. Most businesses rely on the state to do this crucial work for them, or simply ignore the need for it. According to Business NZ CEO Kirk Hope, the r&d changes should now enable many smaller firms to gain access to the tax breaks, and (cross fingers) should increase New Zealand’s rate of investment in innovation.

In itself, this move is probably not going to be enough to bring our business culture into the 21st century. It’s going to be a long haul. For decades, NZ firms have allowed themselves to become dependent on the synthetic drug of low wage costs – in the knowledge that the income of the working poor will be supplemented by the welfare system, via the likes of Working For Families. The rest of the developed world meanwhile, has moved on.

Just this week for instance, Amazon boss Jeff Bezos has bowed to pressure from critics like Bernie Sanders and has announced that Amazon would in future, be paying a a far higher wage to its workers, of $US15 an hour – a wage rate that’s more than double the federal minimum wage. By choosing to pay its workers more, Amazon aims to gain a competitive advantage. Also, better paid workers will have more money to spend on the company’s products. Retailers will benefit. Here’s how Bloomberg Business News summed it up:

[Amazon] said on Tuesday that it would increase minimum pay to $15 an hour starting next month for full-time, part-time and seasonal workers as well as those hired by temporary staffing agencies. The pay of workers already making $15 an hour in its warehouses and customer service operations will increase as well, Amazon said. The company also announced hourly wage increases for the United Kingdom.

Retailers including Target and Walmart have been increasing wages in recent years as a tight labor market in the U.S. and pressure from labor advocates make it prudent to increase pay to attract better pool of job applicants, keep workers happy, and dissuade them from leaving for better-paying work.

Little of this logic seems to have filtered through as yet to our own captains of industry. Judging by the discussion around this year’s business confidence surveys, many of them still seem utterly spooked by the government’s very tentative moves to enhance collective bargaining – even though collective bargaining, union participation, and worker representation at boardroom level have been components of Germany’s successful market economy for decades. Following on from the German example, US Senator Elizabeth Warren introduced a Bill to Congress in August that would make 40% worker representation at board level (the Germans call it ‘co-determination’) a mandatory feature of large US firms in future. Even British prime minister Theresa May told her Tory party conference yesterday that the age of austerity is over.

Somehow, New Zealand business needs to wake up to these 21st century realities. If, in the coming months, our private sector has to deal with a modest increase in the powers of workers to bargain collectively… well, that’s not the end of the world. Our low wage economy is simply not sustainable, socially or economically. Many other successful economies treat a degree of industrial relations centralisation as largely a positive thing, and tend to welcome union participation as a useful part of the system for setting and delivering wages and conditions. We’re really the outlier on this.

In similar vein, and as Sir Michael Cullen recently noted, almost every other developed country has put a wide-ranging capital gains tax in place – for reasons of fairness, and to channel investment in more productive directions than housing speculation. Which raises the question, Cullen asked rhetorically, whether we’re smarter than everyone else in not imposing a comprehensive capital gains tax, or dumber than everyone else in not being able to figure out how to do it. Given the bizarre hyper-ventilating that has accompanied this year’s rolling ‘crisis’ in business confidence, its hard to be optimistic. Hopefully though, these latest r&d handouts will help business to get a grip on itself.

Now that the White House has micro-managed a needlessly rushed and limited FBI investigation, you’d have to bet the Senate will eventually confirm Brett Kavanaugh’s nomination to the US Supreme Court. His repeated lies on oath during the Senate hearings about his previous drinking exploits seem almost beside the point. Kavanaugh’s own written accounts of his drinking/vomiting exploits and claims of sexual conquest are on the record. They contradict his sworn testimony. Friends and acquaintances at the time say that he’s been lying during the hearings.

There’s more. Kavanaugh testified that he’d first heard about the Deborah Ramirez complaint (ie that he’d drunkenly exposed himself to her) when it surfaced in the media. Yet former friends have confirmed that he and his team were soliciting their support in negating what Ramirez was going to say, days before the story broke in the New Yorker.

Even if all the allegations are proven… Kavanaugh’s lies don’t appear to matter to the Republicans, who hold a 51/49 edge in the Senate. Assuming no Democrats defect – and West Virginia’s Democratic Senator Joe Manchin may well use the FBI investigation as an excuse for defecting – then Alaska senator Lisa Murkowski is probably the only likely Republican “No” vote. Even a tied Senate vote though, would still allow vice-President Mike Pence to use his casting vote to break the deadlock.

That’s undesirable, but apt enough: the liar and sexual predator in the White House has a soulmate headed for the Supreme Court, quite possibly by courtesy of the deeply religious Mike Pence. As this dismal history suggests, it wouldn’t be the first time in the past 40 years that candidates have lied their way onto the Supreme Court bench. One of them, William Rehnquist, even became Chief Justice, and presided over the impeachment of Bill Clinton.

US guitarist Steve Gunn is playing at Meow in Wellington tomorrow night, and at Blue Smoke in Christchurch on Tuesday. A childhood friend of Kurt Vile (they grew up in the same small town in Pennsylvania) he played in punk bands in his teens and went through a pretty serious fixation on the Smiths before discovering jazz (Miles, Coltrane etc) and then gravitating to Appalachian fingerpicking… That Piedmont style picking is on display in this beautiful rendition of his own composition ‘Wildwood’:

This next clip features him discussing his background, and doing a pretty amusing imitation of John Fahey:

“Ancient Jules” is his Kraftwerk motorik track – intense, repetitive and goal-directed – and its been a feature of his live set for a couple of years now. Basically, it’s an upbeat, intense song about being willing to stray from the path, while keeping the faith that you’ll eventually find your own way home anyway.

This last track has Gunn back in Piedmont style again, with a song about a cat heading out on the prowl at night. You should maybe slip off down the garden wall too, and go see this guy, while you can.