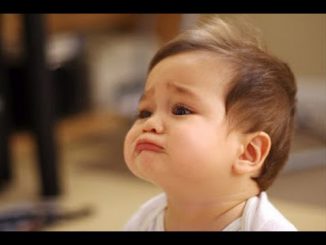 Why on earth is it seen to be Jacinda Ardern’s problem when business chooses to whine on about its lack of confidence, and its lack of ‘certainty’ – as if it were ever the role of government to deliver risk-free profits to the private sector? Normally, the business sector demands that government should butt out of the way, and let it get on with it. Now, however, it appears to want government to hold its hand all the way to the bank, or else.

Across the Tasman, business would look at the prevailing positive economic conditions, and embrace the challenge. It would be embarrassed to portray itself as such a pack of wimps… in the face of conditions that in key respects are demonstrably better than what business faced two years ago, under a National government. For example : to the tune of about 7 percentage points, our currency is now in a sweeter spot against the greenback for exporters than it was in September 2016, back when the confidence levels among our business titans were the second highest in the entire OECD.

The growth forecasts – most of which predict “modest” economic growth for much of 2019, rising by year’s end – are pretty good, too. Unemployment levels are low, and miraculously so without sparking competition for labour and resultant wage inflation; government debt as a proportion of GDP remains remarkably low by global standards; as are the ratios of state spending to GDP. The retail sector is about to receive a healthy injection of consumer spending, via the Families and Winter Energy packages. Moreover, the government has committed itself to running surpluses, and has slowed down and/or watered down its changes to the laws governing contractors ( aka the Hobbit law) and to the 90 day ‘fire at will’ employment law. It’s a happy, happy picture for business. We should all be so lucky.

Moving right along…even the allegedly heinous, much-feared changes mooted in employment relations would do little more than return business to the legal rules that prevailed during the boom conditions of the 2000s, before the GFC arrived in 2008 to spoil the party. The coalition government is definitely not proposing a set of draconian, game-changing laws to manage the nation’s workplaces. The collective bargaining arrangements will be voluntary, the fair pay agreements will be few and far between – maybe only “one or two” in number during this term, says Ardern – and it will be illegal to strike to bring them about. So, you have to ask again….what on earth are people in business having kittens about ?

Here’s the weird thing. Essentially, the right wing in New Zealand is treating Jacinda Ardern in exactly the same way as the left wing in the United States is treating Donald Trump. Meaning: the people who support the Opposition (Democratic Party supporters in the US, National Party voters here) are refusing to accept that someone whose policies and personality they distrust so much is presiding over an economy that’s actually performing rather well – not for everyone, but by all the usual imperfect indicators. In the US, the Vox news service has pointed to polling evidence that Democrats have been far more spooked by the Trump presidency than Republicans have been elated by it. An extended discussion of how political partisanship affects the perceptions of the economy can be found in this recent Atlantic article.

Much the same phenomenon has taken root in New Zealand, in that the right still appears to be utterly inconsolable about their election loss, while the left seem pleased enough, without being exactly over the moon about their victory. In what look like acts of tribal solidarity, the business sector therefore still professes itself pessimistic, and fearful that the good times are not all that good anyway, and that worse is bound to come of it, just you wait and see.

Currently, this means there’s an almost religious belief in firms large and small in New Zealand that the end is nigh – and that surely Jacinda Ardern or Grant Robertson or the Greens or Shane Jones are going to wreck the economy, come some rainy day. This Eeyore attitude reflects an article of faith among many of our corporate chieftains that centre-left governments just can’t run the economy well, despite all recent (and historical) evidence to the contrary. Basically, it is a blind political judgment that’s being expressed in the stream of recent business confidence surveys, not a reasoned economic one.

Incidentally, what the situation also reflects is that in both the US and New Zealand, the real economy is virtually immune to the actions of PMs and Presidents alike, such is the scale of consensus between the ruling parties on how a modern economy should be run. Most of our political arguments revolve around wealth distribution, not wealth generation – which proceeds largely under its own steam, and according to the normal ups and downs of the business cycle. Or it is dictated by export commodity prices that lie beyond the control of NZ governments, red, blue, or green.

That’s not to say that a decision to be stubbornly negative – however irrational – won’t have actual economic repercussions. Pessimism has behavioural effects in the real world. (In dealmaking and in dating, if you feel you’re ugly and unconfident, you’re unlikely to do all that well.) So yes, it is entirely possible for business to shut the door on opportunity, to sulk at home and to talk itself out of the growth prospects that are staring it in the face. Already, punters are probably starting to think – crikey, can this really be a good time to buy a house, a new car, a fridge or any other form of discretionary purchase, if business leaders keep on saying that we’re all going to hell in a handbasket?

Already, this kind of self-inflicted damage may be taking place. You’d think by now that a few business leaders (in the retail sector or in exporting) would be taking to the media to tell the other business leaders (in farming and finance ) to get a grip before they talk themselves, and everyone else, into a genuine economic slowdown. Bank economists are already issuing those kind of warnings.

I guess tribal allegiance explains the silence. At the very least though, shouldn’t the media be asking business leaders to justify their gloom, rather than pestering the coalition government to deliver whatever it might conceivably take to put a happy face on business?

Plenty of happy songs around, but this first one may be generationally appropriate, if only to remind the silver haired among the corporate elite of their better days, back when they (and Mick ’n’ Keef) were more up for it:

Back in the real world, the terrific Montreal-based EDM musician Mārie Davidson has a new album out this week (called Working Class Woman) and this single raids her usual sources – Italian disco, German industrial – to build the frameworks for her deadpan lyrics : “The music is so nice/I feel like I could die happy!” Yeah, right. Delivered with the ironic lack of joie de vivre that she also brought to last year’s “Where Are We”. Here’s the new track:

And here’s Davidson’s breakthrough 2016 single “ Naïve to The Bone” ….” Sample lyric : “Is it that you feel superior/behind a costume of indifference ?/ In the Middle Ages, they wore a cloak, its 2016, get real” ….Extra points to her for quoting US ethnobotanist Terrence McKenna in the track’s last line about how, in the last dance, we dance alone…although badass that she is, Davidson clips off the bit where he goes on to say that we therefore need to ensure we’re in good company…