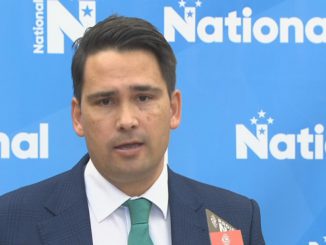 Around the world, young people seem to be gravitating to left wing policies and parties, leaving the old to prop up the conservative parties. A Godzilla-sized generation gap now exists in political preferences worldwide, and the size of the gap suggests there’s more involved to this evolution than the usual clichés about the young being idealistic and the old being more realistic. Here’s how the Australian economist John Quiggin put it in his column two days ago :

This is a massive difference and can’t as far as I can tell be explained by differences in education, ethnic composition and so forth… While there is some tendency for people to become more conservative as they age, it’s normally much more limited than this.

The map showing the extent of this UK generational divide can be found here.

To Quiggin, the main cause is Brexit. Most of the time, as he says, elections put on offer competing visions of the future, with say, hard-line neo-liberalism from the Tories being pitted against the softer, Third Way version of market economics commonly touted by the moderate centre-left parties. Brexit completely over-rode those sort of distinctions:

By contrast, Brexit represented an appeal to a (partly imaginary) past, against the present and the future. With the exception of a handful of neo-liberal ideologues, who saw Brexit as a path to a free-market future, most Leavers were motivated by nostalgia for the glories of the past, and were willing to sacrifice the interests of the young to make a gesture in that direction.

The generation gap now evident in the UK also pertains – to a lesser extent, Quiggin believes – to the cultural wars being pursued by the political right across the English-speaking world. “It’s driven in large measure by old men who lost the cultural battles of the 1960s and 1970s, and have never got over the fact. The result is a situation where the right is appealing directly to members of older age cohorts, with the result that younger cohorts are moving left.”

Interestingly, there’s also a strong gender dimension to this generational shift. Older women seem to be more conservative than older men, even though there is parallel evidence across Western Europe and Canada that young women are more left wing than young men:

The research also showed that the gender gap in left-wing voting became larger for each new birth cohort. So, for example, the difference between women and men in left-wing voting was even greater for those born 1975-85 than it was for those born 1965-75. This suggests that over time we should expect women to become more and more left wing relative to men, as younger, more left-wing cohorts of women replace older, more right-wing cohorts in the population.

These polarisations seem to be wiping out the ground left available in the middle for the centrists – the Blairite/Clintonesque Third Way types, who were so influential In New Zealand over the term of the Clark government. So far, the Ardern government has not strayed very far – if at all – from the Clark era approach to the economy. Obviously, it has taken a quite different tack to National when it comes to wealth distribution, but – as it approaches its first anniversary in office – the Ardern government has risked making very few changes to the structures of wealth generation.

No big surprise about that given that one of Michael Cullen’s apprentices during the Clark era – Grant Robertson – now holds the Finance portfolio. In fact, so little structural change has occurred – beyond tinkering with how the Reserve Bank does its job – that Michael Cullen could return to the helm tomorrow and find nothing substantial has changed in Labour’s economic settings since 2008. Nor is it in prospect from the Tax Working Group that Cullen heads, which (in its interim report at least) has been reluctant to recommend any significant change to the way capital gains are taxed.

The lack of any significant change to the way wealth is generated – as opposed to distributed – means that PM Jacinda Ardern has been left to do all the heavy lifting when it comes to attracting and retaining young voters. That burden is something she can hardly be expected to carry virtually alone all the way until the next election. Robertson (in particular) needs to step up with some genuinely innovative policies of wealth generation and workplace reform – rather than the warmed over Third Way-isms we’ve seen thus far.

To date for instance, the employment relations reforms that have thrown business into such a tizz do nothing more than return government policy on industrial relations back to where it was in 2008, pre GFC – which was a boom period for business. Thankfully, the business sector has now lost almost all credibility in this debate, given how its crisis in confidence has been so plainly politically driven, by its prolonged fit of pouting over the change of government. ( BTW, over the past decade, the empirical evidence from elsewhere in the world, is that the neo-Keynesian believers in government intervention have won the policy debate with the free-market ideologues, hands down.)

For all the oceans of coverage of the youth turnout in NZ, we have little solid data on how the young actually voted here. (Pre-election polling indicated that 18-24s were overwhelmingly supportive of ‘left’ policies such as increased government spending, and especially in areas such as health.

Correspondingly, young voters also displayed little enthusiasm for the practices of laissez faire, free market economics – which here and elsewhere, have delivered mainly for the few young people fortunate enough to inherit a competitive advantage from their parents.

Yet… if those desires for change are merely exploited and/or otherwise thwarted by an excessively timid coalition government, the backlash is likely to endure for decades. For National, the stakes are equally high, in that its promise to revert back to business-as-usual has only a limited half-life. Failure again in the 2020 election would finally require National to undertake a comprehensive and long-postponed reset of its whole approach to economic and social policy. As Quiggin concludes :

If current trends continue, the political right will be doomed by demography to permanent minority status.  In time, that will presumably produce a political re-alignment in which culture war issues are no longer a dividing line.  On the other hand, if left wing governments are elected and fail to deliver on their promises (or worse, implement their promises and fail disastrously) their support among currently young cohorts may be replaced by permanent oppositions.

Footnote: Across Europe the dogmas of free market economics – plus the wave of refugees fleeing the wars unleashed by foreign interventions – have fuelled the rise of fascism. The political results this week in Sweden have been the latest example whereby the far right Social Democrats – who got only 3% support in 2006 – won 17.6% of the vote this time around. Despite the strong economy and a decline in unemployment overall, the ability to govern may now require some sort of electoral accommodation with these right-wing extremists, who have managed to exploit a widespread sense of social malaise, and direct it against a bloc of largely un-assimilated asylum seekers.

That’s significant. Immigrants are the most obvious and visible targets (the “suitable enemies” in Nils Christie’s phrase) for this social anxiety, and the related anger against the centre-left and centre-right governments that presided over the situation. (In fact, it could be argued that the Social Democrats should have done even better than they did.) In reality, Sweden has an ageing population that requires replenishment by immigrants – yet for now at least its modern, technocratic economy requires immigrants with skills, language and literacy levels beyond what the recent wave of immigrants currently possesses.

“Sweden’s economic upturn is benefiting from the migrants who came a while ago—those who came as children, or have been educated in Sweden,” [says economist Patrick Joyce]. “They are doing much better in the labor market than the newly arrived….”The newly arrived refugees, by contrast, have a much harder time finding work, Joyce said. Only about half of them have a basic education, which takes them out of the running for jobs in Sweden’s advanced service economy, which, at the minimum, requires vocational training in addition to basic education. Only 5 percent of jobs on the Swedish labor market are suitable for the unskilled workers. “So 50 percent of the newly arrived are non-skilled, but only 5 percent of the available jobs demand low skills,” Joyce said.

Even the unskilled jobs in the service sector – in cafes etc – require the ability to speak Swedish. Immigrants are also not plugged into Sweden’s existing social networks, through which an estimated 50 % of the jobs in the Swedish labour market are obtained. Given that combination of factors, ripe pickings will still exist for Sweden’s radical right, for many years to come.

With her careeningly operatic voice – not to mention her dexterity with guitar and violin, and fondness for Ravel, Debussy and Messaien – the 38 year old English musician Anna Calvi is one of those freak talents whose main career problem thus far, has been in how to focus her abundant gifts. On her new album Hunter, the standout cut is this “Don’t Beat the Girl Out of My Boy”…And even though the lyrics don’t go far beyond the message contained in the title, do stick around for the OTT vocals she delivers, mid-song.