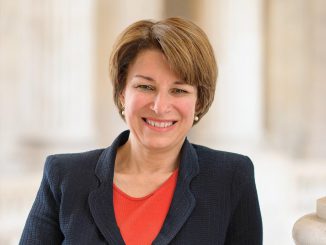 Sure, there are a few people who think Donald Trump and Vladimir Putin being pals will usher in a new age of global peace, and that it’s the new McCarthyism for anyone to suggest otherwise. Yet to the rest of us… the re-election of Trump in 2020 is up there with climate change as a threat to planetary survival. Unfortunately, Trump’s currently low approval ratings are virtually meaningless, given that we don’t yet know who his Democratic Party challenger will be.

Once that rival is anointed and the contest polarises, Trump’s great talent at dominating the media narrative by cartooning his opponent (and framing the issues on terms that suit him) will come into play. The current raft of leading Democratic contenders (Bernie Sanders, Elizabeth Warren, Kirstin Gillibrand, Cory Booker, Deval Patrick, Kamala Harris, Joe Biden) all give Trump plenty of ammunition for the vile personal caricatures he specialises in. They’re all either socialists, coastal big city liberals, or Pocahontas.

That’s one reason why IMO, the most difficult rival for Trump in 2020 would be someone who gives him no such traction. Someone (a) from the liberal left of the party (b) from a Mid-Western state (c) with a proven ability to attract moderate Republicans (d) with a strong legislative track record and – crucially – someone against whom Trump would struggle to score cheap narrative points. That’s a set of factors that fit Amy Klobuchar, the senator from Minnesota. She’s smart – at one point, Barack Obama was considering appointing her to the Supreme Court – and comes across on screen as a genuinely nice, non-polarising person. Here’s a clip of Klobuchar talking about gun control with Seth Meyers:

There’s a tendency to under-rate the Electoral College problem facing the Democrats. The fact Hillary Clinton comfortably won the popular vote in 2016 isn’t much of a comfort for 2020 because as Salon recently pointed out, if you subtract the Democratic strongholds – California, Illinois, Massachusetts and New York – Trump won the popular vote by a 5 million margin. Moreover, Salon added, Clinton got roughly the same number of votes as Barack Obama had in 2012, while Trump expanded the Republican vote by two million, compared to Mitt Romney in 2012. That’s why a candidate able to reach voters in the crucial Midwestern Electoral College battleground states is more important than the number of votes that Elizabeth Warren or Bernie Sanders would rack up in New York and California.

Currently, Klobuchar is enjoying 60% approval ratings in a state that Hillary Clinton won in 2016 by only 1.5 percentage points. Significantly, Klobuchar’s Senate seat is up for grabs in this year’s midterms – yet in this rural state where Trump’s popularity is reported to be still holding up, Klobuchar is widely seen as unbeatable. Here’s how the MinnPost online newspaper (based in Minneapolis) recently handicapped this year’s race:

Republicans see opportunities in Minnesota this November… But one race is conspicuously absent from Minnesota’s electoral battleground: that of DFL Sen. Amy Klobuchar. The 57-year old Democrat and Plymouth native is the overwhelming favorite to prevail in what could be her third landslide victory. No big-name — or even medium-name — Republican took on the task of challenging her… In the eyes of the major election handicappers, like the Cook Political Report, Klobuchar’s seat is seen as a safe Democratic hold — putting it in the same category of competitiveness as races in the party’s deep-blue coastal stronghold. Simply, most top Minnesota Republicans — even if some on their side grouse about Klobuchar’s style of politics and claim she really is beatable — just don’t want to take her on. That the former Hennepin County attorney has placed herself above the political fray in a sharply divided state is no small feat in this political moment.

Klobuchar is electable, nationally. (I know, they said that about Clinton, too.) Sure, we are seeing a resurgence of the Democratic Party’s radical roots, in opposition to the party’s machine politicians. This rebellion was exemplified by the recent primary triumph of Alexandria Ocasio-Cortez, whom Fox News routinely describes with horror as “the 28 year old self-declared socialist.”

On the same day that Ocasio-Cortez won her primary victory though, a less photogenic but just as progressive candidate called Jeff Beals tied only for fourth in a primary race in New York’s 19th district that was won by a Democratic Party machine politician called Antonio Delgado. That outcome got less media play, partly because it contradicted the media narrative of grassroots Dem voters in revolt behind progressives, and succeeding against the party leadership.

Amusingly, Delgado has since been found to have had a prior career as a hip hop artist (Sample lyrics: “Dead presidents can’t represent me / not when most of them believe in white supremacy / like spittin’ on my ancestry… / Look like we only goin’ from chains to cuffs /still niggas still locked up on stuff”) that could now make him a tougher sell in November than a genuine radical like Beals would have been. Delgado is now slick in a suit but here’s the 2006 freestyling version, back when he was AD The Voice:

Currently, Klobuchar is ranking at ninth on CNN’s count of potential Democratic contenders, in a list led by Bernie Sanders. Klobuchar is not as radical as Sanders, though arguably, she has a better track record on gun control than he does. She is a member of the Farmer-Labor organisation within the Democratic Party, and her family background is immigrant with miners, teachers and a sports columnist in the immediate mix.

Ultimately… in an administration that’s less absolutely monarchical than Trump’s has turned out to be, who gets the top job maybe isn’t so important, so long as the top of the slate is electable. Arguably for instance, Elizabeth Warren could do as much good in a key regulatory role within a Democratic presidency – eg restoring the banking regulations Trump has just stripped away, reviving anti-trust law and applying it to Amazon, Google and Facebook etc – as she could achieve as President. IMO, an Amy Klobuchar/Cory Booker ticket would pose a formidable challenge for the Republicans, while offering few exploitable weaknesses.

The Weirdos of Oz 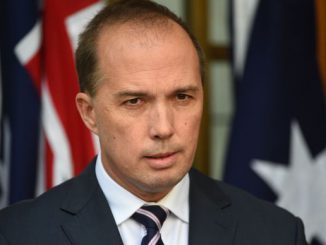 Supposedly, the rolling coup against Malcolm Turnbull has been launched to minimize the extent of the losses at an upcoming election seen as unwinnable by the ruling Liberal-National coalition. Yet if that’s the rationale for the coup, why install hard man Peter Dutton (who isn’t exactly Jacinda Ardern in terms of popular appeal) or the only slightly less awful Scott Morrison, when there is a widely popular option sitting in the caucus (Julie Bishop) who would not only staunch the likely losses, but could even win another term of office for the coalition? Answer: its tribal, mate.

Bishop comes from the same liberal/moderate wing of the caucus as Turnbull, so she’s poison to the plotters and their cronies. It simply doesn’t matter to them that the voting public like Bishop more than they like Dutton or Morrison or Tony Abbott, who are central to the group leading the charge. Thanks mainly to the hardliners’ ideological bile, Turnbull is toast. If the deed is done this week, the next Aussie PM is likely to be Dutton, and if they defer the execution until mid September, the needle will swing more in Morrison’s favour.

Yesterday, the re-packaging of Dutton began. Stories have begun appearing in the Aussie media that the hard man has a really, really great sense of humour and really, really loves his children.

More interestingly, Dutton’s commercial interests in childcare centres that receive government subsidies may now place a constitutional question mark over his ability to stand in Parliament at all.

At the very least, this issue could become a distraction. While Dutton clearly has good pals in the Aussie media, there was also the not-so charming occasion when, while trying to re-assure a caucus colleague that a journalist critic was a “fucking mad witch,” Dutton accidentally sent the text message to the journalist.

None of this is good news for New Zealand. It was Dutton and Morrison who fashioned the hard lines on immigration, detention and deportation that Turnbull endorsed. On the campaign trail at least, even Labor leader Bill Shorten won’t be much better on the issues relevant to New Zealand. For now… we probably just have to sit back and (like the majority of Australians) hope for something better, somewhere over the rainbow.

Footnote on the US : Trump and the US media have such a mutual fascination with each other that the Russia meddling story – about the 2016 election – continues to eat up vastly more media space than the Republicans’ campaign to purge thousands of eligible American voters from the rolls for the November midterms and 2020 election – a process that’s bound to do more damage in future to American democracy than any outside interference in the past by Vladimir Putin and his minions.

Werewolf will be covering this issue in more detail as the November midterms approach. Meanwhile, the US Brennan Center continues to be the go-to place for reports and commentary on how these eligible voters (many of them Afro-American or Latino) are being removed from the US voting rolls, and on how the outdated US voter machinery is vulnerable to hackers etc.

The purge process began in earnest after the US Supreme Court (in a 2013 ruling) gutted the 1965 Voting Rights Act, which had been the central legislative achievement of the US civil rights movement. In June, the Supreme Court doubled down, by enabling the state of Ohio (which is always a battleground state) to aggressively purge its voter rolls.

There is a fightback going on. This week, the Brennan Center launched legal action against the US Department of Justice, over its alleged collusion with the states that are leading the voter purges. Here’s the most recent Brennan Center overview on the disenfranchisement issue. And here’s a list of articles on the voter rights/election administration issues likely to affect the outcome of the November midterms.

Backstabbers do what backstabbers gotta do. Ask Eddie Levert of the O’Jays:

….A few of your buddies they sure look shady
Blades are long, clenched tight in their fist
Aimin’ straight at your back
And I don’t think they’ll miss
(What they do!)
They smile in your face
All the time they want to take your place
The back stabbers (back stabbers)