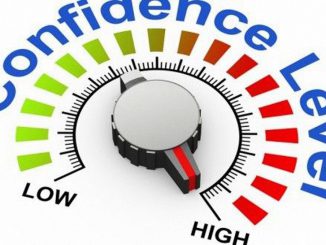 Elsewhere in the world, firms would kill for the favourable conditions that business enjoys in this country. New Zealand is running a surplus, has remarkably low levels of government debt, enjoys historically low interest rates, has excellent terms of trade, has a currency rate increasingly favourable for exporters…. This country also has a government willing to pick up an unequal share of the tab – by OECD standards – of the private sector’s own research and development costs ; it operates a benign tax regime on capital gains, has relatively low labour costs subsidized by welfare payments by the state, has help available from the state for the cyber security risks facing business, has low unemployment, low inflation and a coalition government that’s committed to fostering global trade… Add it all up, and the positive factors for business could hardly be rosier.

On top of all that, the coalition’s Families Package and Winter Energy payments are about to inject hundreds of millions of dollars into the retail sector of the economy. What more help can those in business possibly want, or need? Why don’t these bold buccaneers of commerce show a bit of the pluck and self-reliance that they expect of everyone else? In effect, most of them are behaving like a five year old at a birthday party that isn’t getting everything its own way.

That’s the real problem of course, with business confidence. For reasons that amount to little more than a prolonged political sulk over last year’s election result, the corporate world is talking itself into a tantrum. There is no valid economic reason for the business sector to feel as negative as it now professes itself to be. In fact, if business feels as bad as this when the overall economic indicators are this positive, Lord help us if a genuine financial crisis ever comes over the horizon.

Arguably, the whole exercise of measuring business confidence has become so thoroughly politicized – in such very predictable ways – as to be instrinsically worthless. It is patently a waste of time to ask business how chipper it feels about life under a centre-left government. Do most of our captains of industry feel that Coalition Government = Bad and Previous National Government = Good? Take a wild guess.

Chances are, if you carried out a similar survey of the confidence level of trade unionists my hunch would be that you’d probably get the opposite result. Similarly, I’d be willing to bet that a majority of beneficiaries, most women, most Maori and most young people would share similar levels of confidence that while the state of the nation may not be perfect, it is finally heading in the right direction, at last.

Instead of cosseting business, we should be asking it to wake up, and smell the coffee. Yes, there are real problems out there in the world – eg Donald Trump vs China on trade – and significant challenges lie ahead. We have to address climate change, in something more than token fashion. Our economy also needs to shift away from the unsustainable reliance on immigration and housing it has had for the past nine years. Action on this transition has been overdue, but at least the current government is now significantly engaged in boosting the skills and technology needed to raise our abysmal productivity levels, in the course of lifting the export performance of the New Zealand economy.

We can choose to feel optimistic about those challenges. Instead, business is choosing to collapse into a funk, and not for the first time, either. Last time around, business also went into a “ winter of discontent” after the Clark government got elected. That hissy fit proved to be the prelude to years of stable economic management, and to sustained economic growth.

Finally… there is a gendered aspect to this self-induced “crisis” in business confidence. Essentially, the surveys of business confidence are a confessional box for the wealthy white males who voted National/Act in droves at the last election. As we’ve known from polls for the past couple of decades, there is a pronounced gender gap in voting in this country, as there is in most other social democracies around the world. Male voters tend to be more responsive to hard economic messaging, while women voters tend to be more concerned about how such policies impact on families, on income inequality and society at large.

As a consequence, business sentiment tends to be an echo chamber of white male privilege. Among other things, the results of business confidence surveys reflect the unequal representation of women at the helm of business.

Footnote: FYI, Here’s what that gender/youth voting gap looked like on the eve of the election last year:

Among women, Labour under new leader Jacinda Ardern scored 53 percent support to National’s 22 percent, a striking gap this close to the election. Male respondents were just in National’s camp, at 39 percent to Labour’s 37. New Zealand First was more popular among men, 13 percent of whom supported it, than women, at 9 percent support.

The appeal of Ardern’s Labour to the young is overhelming in this SSI poll, although questions remain over the likelihood of first-time voters to turn up on election day. Those aged 18 to 24 favoured Labour by 65 to 14 over National, with TOP rating 6, and the Greens, Māori Party and New Zealand First on 5 points each.

Weirdly, Matthew Hooton has a theory about this sort of thing. In his view, it is the product of a feminist conspiracy by the sisterhood of liberal journalists and news editors. As Hooton told RNZ yesterday:

Some of the political editors see the re-election of Jacinda Ardern as a feminist project. They are very keen for her to be re-elected because they’re Wellingtonians and they feel that if she’s not re-elected it will make some type of negative message….[and] she’s going to want to ride that as far as possible and she’s got a complicit press gallery…”

And, Hooton added: “Its a bunch of young women who are in very powerful positions in our media who believe that it is in their interests and in the interest of New Zealand, for Jacinda Ardern to be re-elected.”

One can almost hear the psycho-sexual shudder in Hooton’s lament – those young feminist women are in “very powerful positions” too. Back on planet Earth… If anything, the fusion of ideological aims and gender has always been more prevalent on the other side of the ledger, and with nary a peep from the commentators on the right. Meaning: one could argue far more convincingly that it has been male reporters and male news editors who has always been more inclined (a) to genuflect to hard economic messaging and the bracing virtues of budget-balancing, belt-tightening measures (b) to be more enthusiastic about tax cuts rather than wussy spending on social services (c) to be more inclined to hero worship the (largely male) captains of industry and (d) to be more inclined to uncritically treat free trade as being a self-evidently good thing for everyone. Therefore, it has been largely left to women (both here and overseas) to point out the often negative impacts of free trade on jobs and on income inequality.

If anything, Donald Trump’s rate of lying seems to be accelerating. Even by his standards, his recent tweets on trade have been doozies. Here’s my favourite one:

….Tariffs will make our country much richer than it is today. Only fools would disagree. We are using them to negotiate fair trade deals and, if countries are still unwilling to negotiate, they will pay us vast sums of money in the form of Tariffs. We win either way……

Is this lying, or stupidity? “They” do not pay tariffs. A tariff is a tax on imports, and that tax gets paid by the US consumer – either directly, or after any US business that has to import its componentry passes on those extra production costs to its customers. (Meanwhile, tariffs imposed in retribution by other countries mean fewer US exports, and job reductions at home.) Already, the Trump administration is having to finance a $12 billion handout to US farmers being hit by Chinese tit-for-tat tariffs to the ones that Trump initiated. So it goes.

Obviously, it’s hard for any NZ government – or any NZ ambassador in Washington – to engage with this level of irrationality. Reportedly, Australia deployed golfing legend Greg Norman as part of its successful campaign to win a tariff exemption on its steel and alimimium exports, even if those Oz exports may now be subject to quotas.

Maybe Clarke Gayford needs to be starting work on his golf swing.

For the first time in years – four years at least – Sinead O’Connor has just released a new song, under the nom de plume of Magda Davitt. She’s also working – much as Madonna did 20 years ago with William Orbit on the Ray of Light album – with the veteran electronic musician and film composer David Holmes. (Holmes provided a lot of the soundtrack of the recent Killing Eve TV series.) Here’s the first product of the Holmes/Sinead collaboration, in its demo form at least: