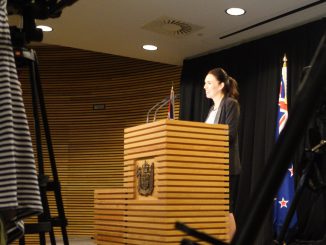 On Monday, Act MP David Seymour’s depiction of PM Jacinda Ardern as a clueless lightweight was yet another example of the double bind faced by women who attain positions of political power. Routinely, female politicians get depicted as either show ponies or battle axes, with little room for anything else in between. Ardern has been the target of this kind of casual sexism for years e.g. Graham Lowe’s dismissal of her in 2015 as a “pretty little thing”.

At the other end of the spectrum, Helen Clark was judged to be too competent and too sparing in her displays of public emotion to be a real woman. That’s the bind. In the political sphere, women will tend to be written off as either emotional flakes or cold hard bitches. Tellingly, the media also deploys its negative gender stereotypes far more readily when it comes to centre-left politicians. By contrast, the media handling of toughness in a Judith Collins (and before her, in Margaret Thatcher) tends to be admiring, and relatively affectionate. The Crusher gets a soft glove treatment that was rarely extended to the ruler of Helengrad.

Where the sexism becomes really pointed is over the handling of the economy. All very well for women – bless them, they’re naturally kind-hearted – to want to see lots of spending on social needs. But goodness me, running the country isn’t like taking the cheque book off to the annual sale at Ballantyne’s. In fact, the claim that Ardern doesn’t understand the economy – allegedly, this is because of her handling of the slide in business confidence – is pretty ironic, really. This time, it has been the business community that (a) has thrown an irrational, hyper-emotional hissy fit over the 2017 election outcome and since then (b) has talked itself into a panicked, self induced tizz over a set of economic fundamentals that enterprises in most other countries would kill to have at their disposal.

Frankly, business should just man up. Yes, we are nearing the end of the usual business cycle. Yes, the current government has just given the business sector 32 years notice about the need to cease its dependence on fossil fuels. This doesn’t amount to Armageddon, folks. Moreover, here’s another reason why the business sector should be counting its blessings. Right now, the combination of the economic crisis in Turkey and the hike in US interest rates has seen investors rushing to buy up US dollars – and both factors are pushing our currency slowly downwards, to the economic benefit and trading advantage of our exporters.

In fact… at circa 65 cents against the greenback the NZD is at least 7 points below the 72-74 cents point that the business sector faced throughout August/September 2016. Famously during that year, our business sector’s confidence was the third highest in the OECD. Why then, is business confidence so much worse now, when the currency is demonstrably sitting in a far sweeter place for our export returns and competitive positioning?

In other words, the current plunge in business confidence is deeply irrational, and Ardern is absolutely right not to indulge it. If business confidence was a Southern belle, Clark Gable would be slapping its face and saying “Frankly my dear, I don’t give a damn”.

When the likes of Seymour and his mates in business say “You don’t understand the economy”… this is code for “You don’t share our ideological fixation about how an economy should work, and for whose benefit.” Unfortunately, the country happens to be saddled with a business groupthink – evident in firms large and small – that hasn’t really changed very much since the mid 1980s. Not all, but a significant number of business leaders still believe that tax cuts generate growth, that the private sector is inherently superior, that selling state assets makes them run more efficiently, that borrowing and debt financing are bad, that collective bargaining is a heinous brake on commerce… Oh, and its also taken on faith that balancing the books should be pursued as an end in itself, regardless of social need or the state of the nation’s infrastructure.

There is absolutely no empirical evidence for any of those contentions, but the captains of business (and they‘re usually white, middle aged and male) regard them to be truths that are self evident. Glumly, they still pine for the days when the right thinking likes of Roger Douglas and Ruth Richardson ruled the roost. Verily, the real dinosaurs are not to be found in the union movement – but instead, they’re alive and well and running the nation’s boardrooms. As a consequence, there is not only a large gender gap evident in voting patterns, but a similar age gap in voting as well. If we can believe the polls taken on election eve, women and people under 30 voted disproportionately for the centre-left last year.

That’s the real problem facing David Seymour and his handful of young fogeys, if only because the challenge for the Act party goes way beyond finding a bright new name for a tarnished product. In the 21st century, why would anyone wants to jump back a generation and place their faith in the old time neo-liberal nostrums ? The sad reality is that the centre-right in New Zealand hasn’t had a new idea about the economy in the past 30 years. Jacinda Ardern realised that long ago. Amusingly, Seymour’s idea of a great new business innovation is Uber.

Footnote: The taxpayer still fronts up and pays a disproportionately large share – by OECD standards – of what this country spends on research and development. The private sector contributes relatively little to its own r&d. This is not quite what you’d expect, given how loudly the business sector preaches the virtues of self reliance to everyone else. Also, one has to ask… how is it that our exporters need such a huge leg up from the currency rate in order to compete upon the world stage ? Even when there is a 30% advantage – ie when the NZD is worth only 70 cents against the greenback – there are complaints that the NZD is pitched too high, and is “hurting” our exporters.

Mindlessly, the mainstream business media pumps out this message that when the currency falls, New Zealand benefits. A few of us do. For most of us, the cost of imported goods and components goes up in that scenario, including the price of petrol. (The impact of a falling currency is almost entirely socially regressive.) Moreover, if and when our exporters enjoy the free ride from a declining currency delivers to then, they have less incentive to innovate in ways likely to be more genuinely productive in the long run. So, a fine balance is required. Right now, we should be more worried about the plunging currency than about the plunge in business confidence.

Talking of the good old days of 2016, 26 year old Mitski Miyawaki’s Puberty 2 album was Werewolf’s pick as the year’s best that year. Since then, the two singles to emerge in 2018 from her upcoming new album Be The Cowboy (its due out this week) haven’t been all that impressive. Yet this latest track “Two Slow Dancers” is a knockout. In just four minutes, Mitski traces the course of an entire life…