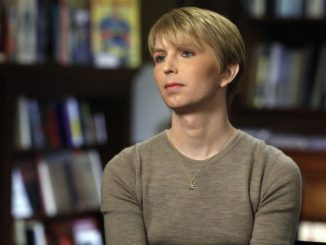 The National Party has played fast and loose with the facts during its campaign to deny an entry visa to the American LGBTQ activist Chelsea Manning. First, National’s immigration spokesperson Michael Woodhouse claimed “other countries” had refused Manning entry, because of her previous felony conviction for leaking classified documents.

In fact, those “other countries” consisted only of Canada, which did refuse Manning entry back in September 2017… but (crucially) Woodhouse neglected to mention that Canada had then reversed its position in May 2018, and issued Manning with a visa that enabled her to speak at the 7th annual C2 business conference in Montreal later that month. So… rather than being an example of why Manning should be denied entry, Canada is actually an example of why she should be issued a visa to speak here. Well done, Woodhouse!

Secondly – and as others have pointed out – New Zealand has previously issued visas to convicted felons. The notable examples include Nelson Mandela in 1995, and the convicted “Wolf of Wall Street,” Jordan Belfort, who was granted a visa during the term of the National government in 2014 so that he could deliver a motivation talk here – and thereby “make money from his crimes” to use Woodhouse’s charming turn of phrase. The reason for the Belfort entry lies in the fine print of the immigration rules:

So the morality at work here is arbitrary. The leniency commonly shown to white collar criminals helped enable a fraudster like Belfort to gain automatic entry, while the duration of the sentence handed down to Manning (widely seen as excessive at the time) throws him back onto the discretions available to Immigration NZ, and to the Minister of Immigration.

In passing though, should we really be surprised that National seemed quite OK with a former predatory stockbroker being able to deliver an inspirational talk here, but wants to refuse similar access to Manning – who wants to talk about prison reform, and to share her knowledge of the discriminations faced by a transgender community that features disproportionately within our youth suicide statistics? Put it this way: whose visit – Belfort or Manning – stands to be of most benefit to New Zealand? Keep this in mind:

Mr Belfort was charged in 1998 with securities fraud and money laundering and served 22 months in prison after investors lost about $200 million. Investors are still chasing the full $110 million he was ordered to pay in restitution.

Australia, Canada, our own call…

Sure, Australia’s Home Affairs Minister Peter Dutton seems about to deny Manning entry to that country. But why should we line up alongside a knuckle-dragging bigot like Dutton? Canada offers a better example. Or better yet, shouldn’t we just stand up for our own values of peace-making and tolerance and let her in?

Because of her prior conviction, Manning has had to lodge an application to Immigration for a “special direction” visa. If this is denied by Immigration, she can then apply to Immigration Minister Ian Lees- Galloway (or more likely, to his deputy Kris Faafoi) for an exemption. If Faafoi does allow an exemption, one can expect National to try and make political capital out of it. Perhaps they should recall the words of then Prime Minister John Key, who at the time of the Belfort visit, spoke approvingly of the discretionary powers open to the Minister in immigration cases. Key also noted that the Immigration Minister enjoys “ “wide discretion” and has the power to “ look at a range of different factors” in this case in 2015.

Perhaps the fact that Key’s parents were both immigrants had left him more tolerant on immigration matters than the current National crew seem to be. Werewolf’s initial story on National’s crusade against Chelsea Manning can be found here.

In case you missed Donald Trump’s battle with his speakerphone, this footage from earlier this week is already a classic.

What Trump was trying to talk about was his alleged bilateral “deal” with Mexico over the contentious NAFTA rules-of-origin in the auto industry. Trump has shut out its other NAFTA partner Canada from this new agreement – which means it isn’t yet at agreement at all, because NAFTA still exists, and any new arrangement will still have to be passed by Congress… but hey, it enables Trump to pose as having “fixed” the NAFTA trade pact.

The truly ridiculous aspect of the new rules of origin is that as Bloomberg News has just reported, these wonderful new Trumpian rules would apply additional tariffs to only three Mexican-made car models:

….There are just three models made in Mexico that are currently exempt but would attract tariffs under the new regime: Nissan Motor Co.’s Versa Sedan, Audi AG’s SQ5, and Fiat Chrysler Automobiles NV’s Fiat 500. Of these, only the Versa sells more than a handful of models in the U.S., with 106,772 vehicles shipped in 2017.

The wage rules aspect of this new bilateral package would have wider application, but hardly at game-changing levels, either. As Bloomberg explained:

Almost all non-Nafta content in Mexican-made cars sold in the U.S. comes from Germany, Japan or South Korea, where total compensation typically takes pay well above {the new rule that 40 to 45 % of the car’s content must be from factories paying at least $16 an hour] So [in all likelihood] the rules will only really affect vehicles that are at least 55 percent made in Mexico.

That’s a similarly small group. Excluding Ford Motor Co.’s Fusion and Fiesta, General Motors Co.’s Chevrolet City Express, and Mazda Motor Corp.’s Mazda2 — which are already off the U.S. market or heading that way — they sold a collective 658,640 units in 2017, according to our calculations. That compares with total imports from Mexico of about 2.44 million cars.

So… it seems that Trump is wildly exaggerating the positive impact on American jobs! What a surprise. This is not a game-changer. It still has to be ticked off by Canada, and by Congress. And no one is mentioning that the guy signing the Mexican end of this bilateral plan is a lame duck with no moral authority to tie his already elected left wing successor to this arrangement.

The Korean boy band BTS continue their march to world domination, with their new video breaking Taylor Swift’s Internet record for most downloads in one 24 hour period. Sure, BTS are as cute as a bagful of kittens… but are their songs any good? For starters, this Steve Aoki remix (from late 2017) of their “Mic Drop” single is an endearing attempt to out muscle Kendrick Lamar. Can BTS do cuteand mean? You be the judge:

And as for the new Internet-crashing single “Idol” … the song isn’t as good as “Mic Drop” but the video is utterly jaw dropping: