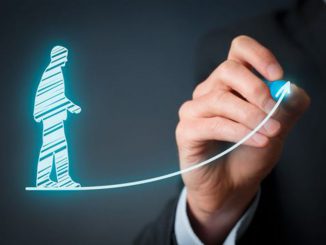 This morning’s news item about Police emergency call centre staff turning up for work while they’re sick – because they’re afraid their sick leave statistics will be used against them, and their jobs put in jeopardy – is not an isolated case. The incidence of so-called “presentee-ism” has been well documented in the New Zealand public health system here and there’s also research here as well on its incidence.

Obviously, sick people shouldn’t be being treated by doctors and nurses who are themselves sick and potentially infectious. Similarly, Police emergency calls also need to be fielded by people who’re feeling alert, and on top of their game.

The human resources gimmick that Police managers are using to terrorise their call centre staff is called the Bradford Factor, a comparative scoring tool developed at Bradford University in the UK. Supposedly, it records and compares sickness absences within and between departments, as an early indicator of wider management problems within an organization. At base is the assumption that recurring sick leave absences are an indicator of an attitudinal problem, rather than a sign of actual sickness.

Unfortunately, there’s the obvious risk that the Bradford Scores won’t be used to identify management failings, but will become a weapon used against individual workers. Bradford Scores can readily fuel an employment climate where a low score gets pursued as an end in itself, and a high score is regarded as a failure of the individual, and not as a warning sign of shortcomings (and short staffing) within the whole organization.

Yes, as the RNZ report this morning mentioned, Bradford Factor Scoring is used by a number of organisations here and overseas, including by Britain’s National Health System. Yet within the NHS, the concerns about its inherent risks were already being raised nearly 20 years ago:

Used strategically, to compare departments or groups of professionals or even whole workforces, Bradford is theoretically presumed to identify problems within management itself, or in the body of the workforce, before they become insurmountable. In practice, though, it is widely deployed at a tactical or individual level by departmental or human resources managers, for whom it can acquire a talismanic resonance.

Basically, Bradford Scores commonly get used as a blunt force threat to limit a worker’s absences. Instead of being used as an analytical tool to detect failings in management, it is used by managers as a disciplinary tool to penalise workers for taking the sick leave to which they’re entitled. It is also weighted to target multiple short-term absences – which are more likely to be regarded as “throwing a sickie” compared to solitary extended absences, which are more likely to be treated as genuine.

Paradoxically then, workers can achieve a better Bradford Score by taking more time off when they’re sick, rather than bravely coming back to work early out of a misplaced sense of duty. If they do come back early, this has a worse impact on their Bradford Score, as the sickness is more likely to be weighted as bogus. This fact sheet not only explains how a Bradford Score is calculated, but also outlines the negative thinking that drives it. Unsurprisingly, employers hold almost all the power in Bradford Score transactions – in that employers get to decide the “trigger points” for disciplinary action, unless collective bargaining has created adequate avenues for redress. For HR departments, Bradford Scores can be a godsend, as a ready “objective” tool for leveraging dismissals:

Trigger points are completely arbitrary, and determined by the employer. The action to be taken at trigger points is also completely arbitrary, and again decided by the employer. Employers are restrained to some extent by the need to ensure disciplinary measures are proportionate and progressive, so they can allow behavioural change, but ultimately allow them to move towards a dismissal that will be categorised as “fair…”

Where employers propose introducing BF schemes, they continue the long employer tradition of viewing workers as untrustworthy and unprincipled, thus highly likely to take any possible advantage of an employer’s weakness or generosity. Employers can also try to set those who are not ill against those who are, by claiming the staffing and other problems caused by someone being off are the responsibility of that person. Such problems are easily engineered if appropriate cover isn’t provided.

This group pressure – if I take time off I’m only putting added burdens on colleagues – has been a factor in driving the incidence of ‘presentee-ism’ within the NZ health system. Ideally, if Bradford Scores were being used as claimed by their advocates (ie to identify failings within management) and thus ensure that adequate support services and staffing are provided – they would be defensible. Yet that’s not how Bradford Scores appear to be being used in practice. More often, out of fear of reprisals, workers will turn up sick and risk infecting their co-workers.

Finally… it would be very interesting to hear from NZ Police – and from other employers using this tool – a list of the management failings identified, and redressed, as a consequence of them using Bradford Scores. BTW, a simple reduction in absenteeism over a given period of time isn’t an adequate answer; given how this result is likely to be a product of the fear that this tool generates among the workforce. IMO, that’s really sick.

Yesterday’s teachers strike for better pay and work conditions was only a warning shot of serious intent. The negotiation process will now begin in earnest, since no-one really viewed the initial pay offer on the table is fit for purpose. Certainly, inadequate pay is a genuine factor in the recruitment and retention crisis now facing the profession – but the job conditions are just as vital. A decade of inadequate school operational grants (and the underfunding of special needs care) has also co-incided with the previous government’s neurotic fixation on national standards. This mania for testing has vastly increased the paperwork, and damaged the quality of class interactions – which used to be one of the unquantifiable attractions of the job.

That’s why it has been somewhat surprising that the dispute has thus far revolved so much around the question of (a) the pay demands by teachers and (b) the government’s alleged inability to stump up with the cash required, which no one believes is anything more than a stalling tactic. For now though, the “work conditions” side of the equation isn’t getting anything like the same attention. What Education Minister Chris Hipkins needs to be touting – besides making a credible case on pay affordability – is the government’s plan of action to transform the teaching job itself.

Similarly, how do the teacher unions envisage that – pay rises aside – the operational grants/special needs improvements and expected relief from the chronic testing regime will enhance the profile of the profession? Sure, we need to pay teachers more, but we also need to convincingly convey that teaching can once again be the personally rewarding profession that young people will want to enter.

Footnote: It also might be worth repeating the evidence for the crisis in teacher recruitment that lies behind the need for better remuneration. Yes, teacher pay is falling behind the ability of teachers to pay for living costs such as housing, and this is evident beyond Auckland. Queenstown, Tauranga, Wellington, and Christchurch are also reporting the same basic problem – that many teachers can’t afford longer to live in the places where they’re needed. As Werewolf also pointed out in February:

…The decline in the attractiveness of teaching – can be graphically illustrated. In 2009, 1,200 trainees completed an initial teaching qualification for secondary school teaching: in the wake of steady annual declines, this had fallen to 775 by 2015. See table three at p.10 of this link.

The same document also tracks the annual declines in those specialist subjects under pressure (eg natural and physical sciences, maths, information technology, computer science, chemical sciences etc) and the figures there are even more alarming. In the specialist areas, New Zealand was training 1,135 teachers in 2009, but only 760 in 2015. The age profile of teacher trainees is just as disturbing, with a 27% decline evident among the under 25 age group since 2009, and declines of 29% and 56% among the 25-34 and 35-49 age groups respectively, over the same period.

All up, this is a profession in serious trouble – besides being an indictment of the previous nine years of absentee government.

This are a few obvious classroom classics… “School Days” by Chuck Berry, and “School’s Out” by Alice Cooper etc… But if we’re talking about making the classroom a more attractive place to be – as compared to a place you need to escape from – then Gene Summers’ rockabilly hit “School of Rock’n’Roll” always sounded like a fun location, for all concerned:

On the other hand, this jaunty Doris Day 1958 hit celebration of “teaching” sounds downright creepy by today’s standards…