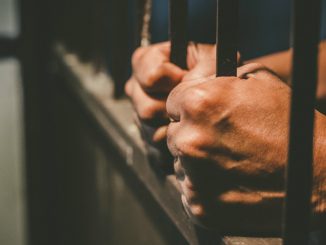 Ironically, Sir Peter Gluckman is having more impact on government policy in his last three months on the job than he did during the entire three terms of the National government that appointed him. Supposedly, one of the prime reasons for creating the post of Chief Science Advisor was to help ensure that policy was based on evidence, rather than on political expedience. Well, Gluckman’s report on meth contamination has shown just how far astray the previous government had allowed housing policy to wander from scientific reality. While his meth analysis has been decisive in restoring sanity to housing policy, Gluckman’s report on prison reform is likely to comprise a far more comprehensive, and important legacy.

Today, the Ardern government announced Gluckman’s successor professor Juliet Gerrard. Tomorrow, it will announce its decision on the new Waikeria mega-prison, which is widely expected to be scrapped, at least in its proposed form. Gluckman’s March 2018 report on imprisonment has been the blueprint for how the coalition government intends to proceed on prison reform.

The report’s full title Using evidence to build a better justice system: The challenge of rising prison costs usefully underlines its focus on the social and economic costs of the current approach, which has put New Zealand’s rates of incarceration spectacularly out of sync with the policy being followed in comparable developed countries.

The rising economic cost – let alone the social cost – of continuing to pursue the “ lock’em up and throw away the key” approach is simply unsustainable. As the Gluckman report points out:

The total cost of prisons has doubled since 2005, and tripled since 1996. Since 1972, criminal-justice costs have grown twice as fast as any other category of Government spending and three times faster than GDP. It can be inferred from the data that this pattern of rising costs is due to the legislative changes that have resulted in more people in prison who are on longer sentences and are serving a longer proportion of their sentences. Therefore, falls in the volume of crime (which would potentially save costs of imprisonment) have been cancelled out by the policy settings that remand more people in custody, and then, if convicted, keep them in prison for longer…

Gluckman’s key point is worth repeating. Although crime rates have been falling, that effect has been cancelled out by the fact we’re remanding more people in prison (rather than having them out on bail) and are keeping them in prison for considerably longer. As his report continues:

From an economic perspective, it has been argued that prisons are predominantly a waste of public resources and may be cost-effective only for the most serious and violent offenders. It is important to consider whether these extremely high costs represent value for money for New Zealand, in terms of helping victims recover, keeping communities safe, reducing offending and reoffending, and getting people off the ‘prison pipeline’ (the apparently almost inevitable path from initial offending to escalating contact and eventual imprisonment, often with recidivism). Cost benefit analyses, and research evidence, suggest they do not.

In the recent past, some infrequent (but high profile) cases where those on bail committed serious crimes had motivated Parliament to pass legislative changes whereby a relatively high number of remand prisoners now exists within our prison population. In December 2017, there were 2,951 remand prisoners as compared to 7443 prisoners who had actually sentenced for crime, amid a total prison population of 10,394. That’s a very costly form of social insurance. It might be better spent elsewhere, on prevention. Or on victims. Or both.

Clearly, if the galloping increase in the size of our prison population is to be addressed, the long term goals – more funds for rehabilitation, targeted literacy and career training, mental health care, etc – will have to be supplemented by short term changes to (a) the bail conditions and (b) the duration of sentences that must be served. Otherwise, New Zealand will keep on generating more prisoners than this country can rationally afford to house.

At the same time, some funds for public education will probably need to be set aside. As Gluckman points out – despite our sky-high rates of imprisonment, New Zealanders are still (reportedly) feeling more fearful of crime than the ordinary public in Finland, which by comparison, imprisons only a tiny fraction of its people. The publicity campaign may need to be as crude as public service TV advertisements saying – do you want to lock up people who could be safely out on bail, or do you want a hip operation?

Gluckman’s paper needs to be read in conjunction with the Waitangi Tribunal’s April 2017 report, Tu Mai Te Tangi. Earlier in this column, I mentioned the disproportionate imprisonment rates for Maori. The Tribunal report points out the Treaty imperatives in the area of preventing re-offending where – if anything – the country has been losing ground, relatively speaking:

As Gluckman points out, the political debate around crime and punishment commonly invokes the needs of the victims of crime. Yet – whatever atavistic needs for vengeance may be being served by current policy – there is little evidence that the punitive approach produces better outcomes for the victims of crime:

While the rhetoric is often aimed at reducing victimisation, there is no good evidence that rhetoric or just increasing prison volumes improves provision of services to victims of crime, nor ensures that victims feel the justice system responds quickly and effectively to the harm and trauma they have experienced.

Arguably having fewer people in prison would free more funds to (a) prevent crime and (b) compensate its victims. In the meantime, the feeling of being unsafe – routinely stoked by populist politicians – is not borne out by evidence, nor assuaged by having more Police, and more people in prison.

New Zealand’s recorded crime levels are the lowest seen since the late 1970s. Crime rates have fallen steadily from 2009 until recently (when there is some evidence of levelling out). It is worrying that, in 2016, 71% of New Zealanders thought crime was increasing. Associations between the rate of imprisonment and rate of crime vary, as shown in Figure 3, where numbers of police and people in prison have risen over time, while numbers of crimes recorded are falling.

Obviously, changing the settings involved will be difficult, given how readily a difference in approach can be stigmatised as being ‘soft on crime’. Yet in other countries change has been attempted, and has met with some level of success:

Diverting more offenders into community based alternatives (based on certain requirements) has been successful in Finland (with a 28% reduction in people sentenced to prison over a 13 year period).A particular emphasis on the diversion, rather than incarceration, of youth offenders has also been effective; for example, in Germany, young adults until the age of 27 (and routinely between 18 and 21 years old) can still be sentenced under youth criminal law, not adult sanctions.

As Gluckman says, the evidence here and elsewhere does drive home the point that there is no logical connection between the country’s imprisonment rates and its crime rates. That’s largely because it is politicians who decide the rules that determine the incarceration rates, and it is taxpayers who subsequently pick up the tab. If there is to be any major change in this dynamic there is an obvious place to start: that’s if taxpayers really do want to spend their money on more socially and personally rewarding projects than say, building a new, American style mega-prison at Waikeria. Gluckman, again, offers some evidence on which a saner policy can be built:

The prison system is most sensitive to the proportion of sentence served: if the proportion served were to rise from 75% to 85%, it is estimated an additional 900 prisoner places would be required. The Parole Act 2002, which created the Parole Board and made release more dependent on the assessment of risk, has increased the proportion of sentence served from 50% to 75% for people with sentences of 2 years or more, meaning many will stay in prison longer. This has added a cost of about $164 million per year and added about 1,500 to the prison population.

Tomorrow, we will learn the fate of Waikeria, and will get some indication of the government’s wider policy on imprisonment. There is little reason to hope that the issue will be debated rationally, on the evidence. This week for example, the media coverage of the fate of the “three strikes” policy – which has been an American import that epitomises the punitive approach to incarceration – has been conducted almost entirely in terms of the political embarrassment to the government, over the divisions of opinion between the coalition members about the worth of the policy. There has been next to no media analysis this week on whether the ‘three strikes’ policy has been serving the public well.

As Juan Cole pointed out in his excellent tribute this week, Anthony Bourdain was one of the few American celebrities to speak out consistently about the rights of Palestinians, and to depict them as rational caring human beings rather than as ‘inciters’ to violence. Moreover, Bourdain regularly denounced the outrages that continue to be perpetrated against the people of Gaza.

This song by The Band came to mind when I first heard the news about Bourdain. It is sung by Richard Manuel, who died in similar circumstances.

If you find me in a gloom, or catch me in a dream
Inside my lonely room, there is no in-between
Whispering pines, rising of the tide
If only one star shines
That’s just enough to get inside
I will wait until it all goes ’round
With you in sight, the lost are found.
Foghorn through the night, calling out to sea
Protect my only light, ’cause she once belonged to me
Let the waves rush in, let the seagulls cry
For if I live again, these hopes will never die….