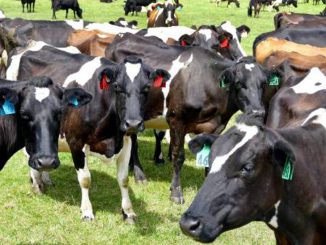 As the public keeps on being told, there is no risk at all to human health from cows infected with Mycoplasma bovis. In that respect, it is not at all like mad cow disease. Even so, the M bovis outbreak is still doing the head in of Agriculture Minister Damien O’Connor, who will be announcing on Monday whether the government intends going down the ‘eradication’ or the ‘management’ path with respect to the outbreak.

The decision won’t necessarily make a lot of difference on the ground. The costs involved will be roughly the same, either way. Partly because managing where M bovis is still means eradication at the margins as a containment measure, to protect those quarantine-able regions where it currently isn’t present. Encouragingly, all of the 39 properties where M bovis has so far been detected have proved to be connectable via animal movements between the infected herds, all of which occurred before the initial discovery in July 2017. Optimistically, that could suggest that the disease may not be spreading, and is or can be contained.

If the “management” option is to be taken, O’Connor confirmed to me at an MPI briefing yesterday that the estimated $60 million annual cost of M bovis to the farming industry in Australia would “probably be in the ballpark” of the likely annual cost involved here, if the disease gets established. “ Those are the figures we’re talking about on an annual basis, for management.”

Everyone in New Zealand has been on a learning curve about M bovis over the past few months. It takes sustained contact to spread the disease and there is no documented case, MPI officials confirmed yesterday, of “over the fence” casual transmission. Movement of animals has been the main form of transmission, which can occur via animals, machinery semen, or even soil – which in the right (ie wrong) moist conditions can keep the bacteria active for up to 50 days. There is no effective preventative vaccine for M bovis, and cows can be carriers even if they show no outward sign of the disease, which becomes detectable only after the cow begins actively “shedding” the bacteria – and not merely when the animal begins showing symptoms.

Unfortunately for all concerned – including the cows –there is no test currently able to detect M bovis on an individual animal basis. Tests can confirm if an animal has the bacteria, but not if it hasn’t – so if one cow has the disease the entire herd must be assumed to be infected, and (arguably) has to be culled. Since the standard testing process can take about a fortnight, this can put a question mark over the measures that farmers should be reasonably taking in the interim.

To make things even more difficult, the disease manifests along a clinical spectrum from non-apparent to severe, and this compounds the difficulty of accurate early diagnosis. It is easy for instance, to initially mis-diagnose the symptoms as being simply a bad case of mastitis, with the telling difference being that M bovis generated mastitis will not respond to the usual treatment.

All of these difficult and indeterminate testing attributes mean that M bovis is an extremely hard disease to intercept at the bio-security border – which could pose significant problems in proving the culpability of any individuals prosecuted for the outbreak, since anyone prosecuted could claim to have introduced the disease in all innocence, by accident. As MPI officials said yesterday, the strain now being detected here seems to have come from Europe (not Australia) and the outbreak’s point of origin has been traced to the farm of Alfons Zeestraten near Winton, Southland.

Formerly, Norway and New Zealand used to be the only cattle countries where M bovis was not present, and even a successful eradication programme (however unlikely) would be no guarantee that a re-infection wouldn’t happen again. Currently, 23,000 animals are being culled from the 39 infected farms, but according to MPI figures, “approx. 300 properties [are] under biosecurity lockdown.”

Living with M bovis.
One of the core problems with the containment of the outbreak has been that around 70% of farm-to-farm transfers of animals are undocumented in NAIT (New Zealand’s cattle and deer tracing system). Officials have therefore been forced to rely on any notes taken by farmers, and on their memories of animal movements in and out of their properties. Testing of bulk milk supplies has provided a more rigorous means of tracing the paths of infection. Yet clearly, more rigorous track and tracing systems are going to be required of farmers in future, if only for their own protection.

Given the sheer scale of animal movements in this country as part of normal farming practice (often related to the availability of seasonal feed) it has been very hard to track the path of the disease. This tension has come to a head with respect to Gypsy Day due on June 1st (the dairy Industry’s moving day) when hundreds of farmers move thousands of cattle around the country. Those farms with infections or that are under bio-security lockdown will not be allowed to move animals this year. With fingers crossed, Damien O’Connor does not expect Gypsy Day will cause a spike in the M bovis incidence, but cancelling it entirely doesn’t strike him as a realistic option, on animal welfare grounds:

Significant changes to farming practice are inevitable, whatever decision gets announced on Monday. “From day one,” O’Connor says. “I’ve said that this will ultimately change the way we do farming in New Zealand, regardless of the decision around management. Farmers are now becoming more aware of that and even their day to day practices around bio-security are changing.”

In what ways? “Most farmers who have studies this realise they will need to have a more closed farming system. There will less off farm grazing, less movement of stock, more dependence upon their own breeding regime for replacement stock, and better management of their milk and surplus milk in particular. And better record keeping.”

Nandi Rose Plunkett is now on her third album as Half Waif, so I should maybe stop treating this as a side project to her work in Pinegrove, given that Pinegrove still haven’t followed up on their great 2016 album Cardinal. From last year, this live version of Half Waif’s “Turn Me Around” is a testament to her justified confidence in her abilities as a singer and writer – stay with it, because the song changes dramatically one third of the way in.
The transition is consistent with the theme of the song, that someone can lift us out of the mundane, even if we’re not sure overall that the impact is positive…

A month or so, ago, Plunkett released Lavender, an album inspired by the death of her grandmother, who had been a major presence in her life. Here’s a live version of one of its most affecting tracks: