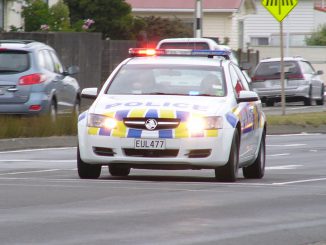 Must be that time again. Time for the Independent Police Complaints Authority (IPCA) to produce yet another review of the high speed pursuit policy, which the Police will no doubt ignore, and shelve alongside all the others. They’re consistent like that. This week, the Police were saying the pursuit policy was ‘fit for purpose.’ Flashback to June 2010, and you find the-then Police Commissioner Howard Broad saying the policy needed only ‘minor tweaking’– despite a record death toll in 2010 from Police pursuits, and amid four reviews of the policy in the previous six years.

The public have no reason to place any faith in the upcoming IPCA review. In a previous review of the police pursuit policy carried out back in 2009, the IPCA had made two key recommendations which the Police did not adopt:

In other words… the IPCA was asking, shouldn’t the risk to safety posed by the pursuit be in proportion to the risk involved in allowing the offender to flee, until they can be picked up some time later? On the evidence (see below) a very small percentage of fleeing offenders have committed, or about to commit, serious crimes. Surely, death and serious injury are not a fit penalty for people who have stolen a car. Or who were joyriding in one when the high speed pursuit began, and thereby transformed the situation into a lethal risk to passengers and bystanders alike.

In the past two years, Police pursuits have killed 21 people – an alarming number of whom were teenagers. Clearly, Police cannot know the age of a fleeing driver when in mid-pursuit. Yet you would have hoped the fact that so many drivers under 25 figure in the pursuit fatality statistics might have sunk in by now. Earlier this year, that knowledge should have stopped Police assistant commissioner for road policing Sandra Venables from offering this comment to RNZ as a solution to the problem:

“He or she has to take more responsibility and make better decisions. We would hope people would just realise that its better to stop and talk to the Police officer,” she said.

Yes, and in an ideal world, joyriding teenagers should act more like adults, and should make responsible decisions. But in reality, they aren’t adults. The Police are, or are supposed to be, the adults. Given the dismal record of the IPCA in influencing Police behaviour, only a truly independent review can suffice to bring about change. Unfortunately, Police Minister Stuart Nash seems dis-inclined to set one up. In all likelihood, the risk to public safety will be being weighed against the political risk for a new Minister of (a) getting offside with the Police, and (b) looking soft on youths hooning around in cars.

Australia, which isn’t renowned for being soft on crime, does things differently. Over the course of the past decade, a ‘safety first’ policy has been adopted by Police in several Australian states after Police pursuits had resulted in a spate of deaths and injuries not only among those fleeing, but among innocent bystanders as well. As Megan Gattey reported in an excellent recent article on Stuff:

An Australian Institute of Criminology study of pursuit-related fatalities found that in the 12 year period from 2000 to 2011 there were 218 deaths Australia-wide – 110 drivers of the fleeing cars, 26 passengers in those vehicles and 82 innocent third parties… Of the drivers killed in Australia one in four were aged 15 to 19. In only six cases was the fleeing driver wanted for crimes of serious violence, while 141 were chased over traffic matters or stolen car offences.

Those figures are revealing. Only 3.75% of the offences that triggered the pursuits across the Tasman between 2000 and 2011 were crimes of violence and only 3.12% were for burglary, while a whopping 87.3% of them were for relatively minor offences: stolen cars, drink driving or other traffic offences. (The information is graphed in this Australian Broadcasting Corporation news story.)

Those figures are likely to be repeated here. By a huge margin, the people being killed in those cars are not serious criminals. Some of the people being killed are bystanders put in harm’s way by the pursuit. (In Nelson in March, a Police high speed pursuit culminated in a head-on crash that killed two in the fleeing car, and a member of the public coming the other way.) Even some of the people in those fleeing cars are innocent in that – as we know from the testimony of survivors – those on board may well have been urging the driver, in vain, to stop.

One of the interesting aspects of the New Zealand situation is the steep rise in Police pursuits. In 2012, there were fewer than 2500 pursuits. In 2017, there were 3797 such chases, a roughly 52% increase. It’s hard to regard this as being due to an explosion in bad driving behaviours and/or a sudden joyriding craze. What it indicates is that the Police are becoming more, not less, inclined to mount these kind of pursuits, regardless of the risk they pose to everyone out there, ordinary members of the public included.

What happened in Australia when Police pursuits were restricted? Queensland changed its pursuit policy in 2009, and Victoria adopted a safety first stance in 2015. The most obvious outcome is that fewer people get killed or injured – on board the fleeing cars, or among the general public. As Gattey reported:

Queensland has about 44,000 more people than New Zealand – yet it had 3197 fewer Police pursuits in 2016. New Zealand has 3323 pursuits that year, resulting in seven deaths, while Queensland had only 126 pursuits and no deaths.

The same pattern – fewer pursuits, fewer deaths – occurred in Victoria, as well. (In Victoria, chases dropped from 1700 a year to 60, but the numbers of drivers prepared to flee also rose significantly.) Not surprisingly, the politics of the policy change continue to be controversial. In Victoria, the deaths of five pedestrians in Melbourne after a pursuit had been called off – and the driver continued on to plough into pedestrians in downtown Bourke St – caused a public backlash against the ‘safety first’ policy. Subsequently, the pursuit rules have been relaxed, and the number of pursuits has since increased, though not up to prior levels. In Queensland, the conservative LNP opposition has promised to repeal the ‘safety first’ policy if elected, in a populist move aimed at making political capital out of the public hostility to young people hooning around in cars.

If New Zealand’s policy on high speed police pursuits did change – and at the moment this seems unlikely –one should therefore expect that there would be a populist backlash from the law and order lobby. As in Queensland, the change would be likely to be blamed for an outbreak of disrespect of the Police among the nation’s hell-raising youth. There would be incidents of this sort, which have been reported across the Tasman:

….The crooks knew that as safety was the police priority the worse they drove the more likely they were to get away as police would halt the chase. Run a red light or drive on the wrong side of the road and police would be forced to stop. Street police told of crooks doing burnouts at the front of police stations, flicking the bird at marked units and repeatedly trying to bait police into chases… Police on patrol increasingly felt like guard dogs on a short chain. They could bark but had lost their bite.

On balance though, any feelings of hurt pride among the Police would be a lesser evil than the numbers of people being killed and injured in the wake of current practice. (Maintaining the mana of Police shouldn’t come with a body count.) Since the Police won’t change their behaviour voluntarily, it will require a brave Minister of Police to tell them to do so. Unfortunately, that may need more bystanders to be killed in such chases, to alter the political calculations involved, sufficiently.

There were two surprising things about the axing of the Roseanne reboot, as a result of Roseanne Barr’s racist & Islamophobic tweet: (a) that the show’s ratings success didn’t save it, and (b) that the predicted firestorm of conservative complaint hasn’t really materialised. In both cases, that can be put down to the fact that the offensive tweet in question was merely the culmination of a stream of ugly, racist, anti-Semitic, xenophobic commentary by Barr, who has also been happy to peddle the ultra right’s craziest conspiracy theories about Democrats running paedophile rings in the US and abroad, and also committing murder.

In fact, the Islamophobic ape ‘joke’ Barr levelled at Valerie Jarrett was – if anything – less offensive than the ape comment she had tweeted before at another black woman, Susan Rice. Now, if only the same rules against racism, misogyny and Islamophobia could be applied to the Tweeter-in-Chief.

Barr’s vile stream of social media commentary was an essential backdrop to her finally being fired by ABC, Similarly, the list of murdered journalists & Kremlin and oligarchy critics have been an essential context for this morning’s bizarre story from Kiev, about the faked death of the prominent Russian journalist Arkady Babchenko. Reportedly, Babchenko and the Kiev police used the ruse to entrap the people who had actually been threatening the journalist’s life.

The list of genuine targets has been considerable, even without considering the Skripals. For the record:

Two years ago Pavel Sheremet, a Belarussian journalist known for his criticism of his home country’s leadership and his friendship with the slain Russian opposition leader Boris Nemtsov, was blown up in a car bomb in central Kiev.

And there was also this:

A number of other critics of Russia have been killed in Kiev in recent years. An ethnic Chechen fighter named Amina Okuyeva was killed outside Kiev in a car bomb in October. In March 2017, renegade Russian lawmaker Denis Voronenkov was shot and killed at the entrance of a hotel in Kiev.

An attempt to tabulate the death toll among the critics of Vladimir Putin and his business cronies can be found here:

However… unless the Ukraine can now show that their faked death ruse has generated hard evidence of Russian intentions to kill Babchenko, this whole incident will only help to absolve Putin, and will serve to validate the conspiracy theories about Russia being unjustly accused by the West.

Footnote : The politics behind the killing of Russia’s critics in Kiev are not a simple matter. This extended account from the March issue of GQ magazine of one such incident shows just how simplistic either a “good Kremlin” or a “bad Kremlin” analysis would be.

Famously, Maggie Rogers got her big break when her song “Alaska” was played to Pharrell Williams at a New York university music class, after which Pharrell then lent her crucial promotional assistance. Since then, Rogers has proved to be no fluke. Here’s her new single, “Fallingwater” written in conjunction with Rostam Batmanglij (formerly of Vampire Weekend) and this completes her transition from folk to mainstream pop. Along the way, the momentum of her career is reflected by the song itself, which builds on the singer’s determination to survive the relationship that’s come apart, somewhere upstream…