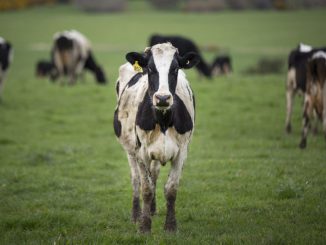 Agreement between the two major parties is a rare and precious thing, and yesterday’s presence of National’s former Agriculture Minister Nathan Guy at the government’s announcement of its eradication plan for Mycoplasma Bovis was (seriously) a welcome outbreak of it.

If anything, there is some competition between Labour and National as to who can be seen to be extending the most compassion, the most empathy and the most heartfelt calls for emotional and financial support to the farmers doing it hard during this time of trial. Farmer wellbeing is, the government said yesterday, their top priority in all of this.

The media for its part, could well feel churlish to question the extent to which farmers have contributed to the difficulty of containing this outbreak – or indeed what checks and balances will be put on the compensation being teed up for them, in some cases within mere weeks of the costs being incurred. Apparently, MPI staff will be assigned to each affected/infected farm to offer assistance.

As for the details… the phased eradication plan is estimated to cost $886 million over the next ten years. Most of those costs will be frontloaded in the early two year drive to stamp out the disease. Meaning: if the eradication effort is called off at that point, not much of the budgeted 10 year expenditure is likely to be left in the kitty. Of the total cost, farmers stand to lose $16 million in lost production, borne by them. Of the remaining $870 million, 32% will be borne by the industry (ie. Dairy NZ and Beef and Lamb) and 68% by the government, whose contribution will include the amounts paid out to farmers in compensation for their loss.

On the affected properties, a further 126,000 cows will be culled over the entire period, in addition to the cull of the initial 23,000 already underway. As of last week, the infection had been found on 37 farms, with 300 in bio-security lockdown, and 858 under surveillance. “High risk” cattle movements have been traced to 3,000 farms. Finally, if the decision had been taken to simply manage the disease rather than to try and eradicate it, the cost would have been $1.3 billion over the same ten year period. Presumably, that’s because (a) managing the disease would still have required major amounts of culling, as a containment measure, and (b) the production losses would in all likelihood, have kept on climbing.

On the upside, all of the infections that have been traced to date belong to a single network of cattle movements, which have the same point of origin – the farm near Winton, Southland of Alfons Zeestraten. How did the infection arrive in this country? Yesterday, industry spokespeople confirmed that this particular strain of M Bovis bacteria appears to come from Europe, not Australia, and the usual form of transmission – the movement of live cattle – was highly unlikely to be the cause, and neither was the importation of cattle semen for breeding purposes. Beyond that point, the experts at yesterday’s briefing were not very forthcoming.

Presumably for legal reasons (ie possible pending prosecutions) there is still something of a cloud over how the disease arrived here – which in turn, has the unfortunate consequence of obscuring (for now at least) what steps need to be taken in future to prevent re-infection, should the eradication plan succeed. This reluctance to be precise about the cause of the infection sits oddly alongside the officials’ pinpoint precision about the date on which M Bovis arrived here – which according to them, was December 2015 or January 2016.

Since the disease was not discovered until July 2017, this means that New Zealand somehow harboured a very damaging and highly infectious cattle disease for nearly 18 months, before anyone realised it was here. When I raised this at the briefing yesterday, the industry response was that it had looked like ordinary mastitis, until someone had finally twigged that it wasn’t and alerted MPI.

One of the core problems with the containment of the outbreak has been that around 70% of farm-to-farm transfers of animals are undocumented in NAIT (New Zealand’s cattle and deer tracing system). Given the sheer scale of animal movements in this country as part of normal farming practice (often related to the availability of seasonal feed) the farmer non-compliance with NAIT has severely hampered the efforts by officials to track the path of the disease.

Presumably for lifestyle reasons, seven out of ten farmers have failed to comply with their legal obligations to record their cattle movements under NAIT. Yet reportedly, in the six years since NAIT was introduced, only one farmer has been prosecuted, and slapped with a wet bus ticket infringement fine of only $150 under a penalty regime where the maximum fine is $10,000.

This system of light handed (to non-existent) regulation for farmers stands in stark contrast to the way beneficiaries are policed, and penalized by WINZ for their non-compliance with their legal obligations. In the wake of the M Bovis outbreak, taxpayers are now being expected to pick up the tab for some of the consequences of the latitude that has been extended to farmers. Yesterday, I asked Agriculture Minister Damien O’Connor if farmers can expect to face prosecution in future, for their non-compliance with their NAIT obligations. “Yes” he replied.

As mentioned, in the rush to re-assure farmers and ameliorate their emotional and financial distress, the risk is that the compensation scheme will lack the necessary checks and balances to prevent a minority of farmers from gaming the system. Already (see link above) there are media reports of one farmer including the cost of his family holiday to the Gold Coast in the compensation scheme.

Devising a fair system of compensation in these circumstances would seem to pose inherent difficulties. Eventually, the cows being culled would have been going to the works anyway. What then, is fair compensation for bringing this forward into the context of a cull, without needing to try and calculate the opportunity cost per cow of its premature demise? As O’Connor indicated yesterday, the calculations involved will be complex. Given that New Zealand kills four million cows a year, at least the effect on beef prices of the cull should be only minimal.

Certainly, one can only have sympathy for the farmers being affected by this disease. The fact that the tests for M Bovis cannot distinguish between healthy and infected cows is heartbreaking, since it necessitates killing the entire herd. Some farmers will be doing it hard, and deserve support from the community. Yesterday though, the willingness to shower the farming industry with assistance was noticeably different from the treatment of another group in society that’s also been doing it hard for decades: namely, beneficiaries.

Before the election Labour and the Greens had lamented the punitive culture at WINZ. Specific mention was made of the rule whereby solo mothers who do not name the father of their child – for fear of what might happen to them at the hands of the men whom they have thereby made liable for child support – routinely get their benefits docked by $20 a week.

Yesterday however – and only minutes after she had treated the farming community with compassion – PM Jacinda Ardern confirmed that this benefit docking has been put among the WINZ measures to be considered by the newly established advisory panel on welfare system improvements, due to report back in February 2019. In other words, that’s about 18 months after Labour and the Greens were first raising this issue on behalf of vulnerable women and their families.

So… what we saw yesterday was a promise that aid and compensation would be rushed to farmers within weeks of them incurring costs and with caring MPI case workers put at their disposal. Yet people on the breadline facing draconian WINZ reductions to their meagre benefits will seemingly have to wait until February 2019 (at least) for a relief that could be being offered over-night, via a simple directive to suspend the practice in question.

This seems like a misplaced priority for a centre-left government. Some farmers will be doing it tough, but none of them are likely to be sleeping in their cars as a result of M. Bovis.

Talking of compassion amidst dysfunction, here are two dreamy, drifting records, both blessed with an unreliable narrator. First, the veteran Chicago band Joan of Arc take a break from their usual sardonic dystopian worldview and jarring noise-storms, on this lovely new single “Punk Kid”… which brings Melina Aisikatis to the fore, at the expense of the group’s usual vocalist, Tim Kinsella. It’s a really good move, on all counts.

And from Melbourne, another veteran performer hitting a career high. “Girls On The TV” is a ghostly and intimate narrative by the city’s 36 year old classically trained singer/songwriter Laura Jean Englert…