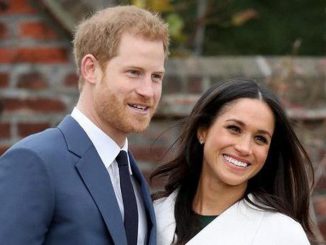 For all the talk about the modernizing effect that Meghan Markle could have on the Royal Family, the suspicion all along has been that the House of Windsor is resistant to change at any level beyond the purely decorative. Yes, Prince Harry has married a divorced American actress who also happens to be “of mixed blood” as the television coverage quaintly put it. (Saying ‘husband and wife’ rather than ‘man and wife’ also seemed a bridge too far for some of the royal wedding presenters.) Yet as we were also told repeatedly, Harry is now only sixth in line to the throne, so the monarchy cannot any longer be threatened by anything that he may choose to do.

For many, the main worry has been more about whether Markle can fit in, without causing too much embarrassment as she learns the ropes of what is expected of her. Blink for a second and we could be back in the 18th century, when human trophies would be brought back from the colonies to amuse the court with their attempts at table etiquette, or at dressing appropriately. (She’s such a pretty thing.)

The polarized reaction to Bishop Michael Curry’s sermon at the wedding service indicates how the old firm will baulk at genuine challenge, if and when it has the temerity to present itself at court. For all the glorying in British history and tradition – and the beauty of that tradition was evident in the architecture of St Georges Chapel and the music that filled it – there is a darker side to that glorious past, and it involves the British monarchy’s centuries of collusion with slavery and the colonial exploitation of millions. Markle happens to be the American descendant of sharecroppers, and blacks had fought on the side of Britain in the American Revolutionary War in the hope of British support for their emancipation from slavery.

This troubled, inspirational journey to freedom is not something that you expect a Royal Wedding to invoke. Yet in both his style of delivery and in the content of his sermon – which began and ended with quotes from Martin Luther King – Bishop Curry brought that past alive, and he laid it in front of Britain’s ruling class. Plainly, some of them were not amused.

Curry’s chosen theme was love, and its liberating potential. He began by giving due weight to love’s personal, romantic aspect, by asking us all to remember how powerful first love had felt within our own lives, and how willing most of us still are to celebrate when others find it. To an almost ridiculous extent: “Two young people fell in love,” he said with a grin, “and we all showed up!”

Quickly, Curry then shifted focus by asking us not to be fixated on romantic love or to sentimentalise love, lest we ignore its potential as a liberating force, even, or especially, for the oppressed. Pointedly, he cited the example of how slaves would sing the old hymn “Balm In Gilead” and celebrate its New Testament message of love, prayer and active testimony (“If you can preach like Paul”) redeeming us from the evils at work in the world. In its own way, this was a call to action. It was asking us to embrace a common humanity in our personal lives, in our communities and in our dealings with nations. That, Curry indicated, is what the redemptive line in ‘Balm in Gilead’ demands of us – that if He died to save us all, we all need to live in the same spirit.

Hilariously, Curry’s warm, declarative style of delivery – straight from the black church – could hardly have been more alien to the emotional dead zone that is the House of Windsor. Throughout the entire service, it was Markle’s mother who served as a model of attentive, dignified engagement, while the dreadful Prince Charles would often be shown staring vacantly downwards. He may as well have been texting.

And for all the talk about Diana’s presence, the fossilized remnants of the House of Windsor were a keen reminder of the horror from which Diana had fled, and from which Earl Spencer had promised to protect her children. Only time will tell whether Harry has escaped from it, or whether Markle has become its latest captive. There are reasons for optimism. Curry’s sermon, the gospel choir’s rendition of “Stand By Me” and the young black cellist’s performance were all signs of hope that she intends to carve out her own path.

Footnote: It is worth keeping in mind how recent the Windsors’ history of racist attitudes has been. The Queen Mother for instance, reportedly advised caution with regard to the “blackamoors” of Africa, would refer to visiting Japanese as “Nips” and expressed her reservations about the Jews. Prince Philip’s racist jibes about slitty-eyed Chinese, spear-chucking aboriginals, mechanically inept Indians, and bearded Muslims-as-terrorists etc has been a lifelong tendency. At 24, Harry himself referred to his “little Paki friend” in an Army video about his time in Afghanistan, and joked about “ragheads”. And talking of appropriate behaviour, Princess Michael of Kent somehow thought it OK to wear a racist brooch on her lapel to a meeting with Meghan Markle.

Bishop Curry may have taken some of these people out of their comfort zone, but hey, it was time that someone did. We really need to become a republic and consume this pageant in future simply as a piece of reality television.

This rendition of “Stand By Me” – a hit for Ben E King, but also, in his gospel incarnation, a hymn inextricably linked to the civil rights movement – was the other highlight of the service. The Kingdom Choir was led by Karen Gibson.

And here is “Balm in Gilead” by the great Paul Robeson, who also knew a thing or two about racism, and about political oppression during the Cold War. This is from his 1958 Carnegie hall concert, as Robeson re-emerged after ten years of having his passport seized, and his presence expunged from American life.