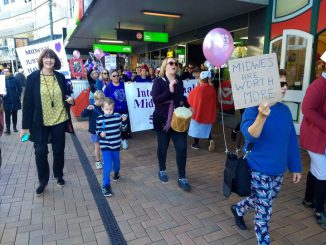 The public brawl between Energy Minister Megan Woods and BP looks like spinning off – as brawls tend to do – into a whole array of extraneous matters. Evidently, some people find it hard to see the difference between taxes and profits.

Taxes deliver public goods in return; private profits, not so much. And besides, no-one is suggesting that petrol companies risk being put out of business by the price competition on the Kapiti Coast or anywhere else. What BP was attempting to do was to erode the forces of price competition and protect the level of profit they’d come to expect. Whatever else that is, it doesn’t sound much the play of free market forces.

Petrol is an essential product. For that reason, governments have a legitimate reason to ensure that the public is not being unfairly price-gouged as they try to get access to it. It is not good enough for BP to simply say the petrol price level on the Kapiti Coast was ‘unsustainable’, such that it had to hike prices and put an end to regional discounting – and then expect everyone else to simply take them at their word. If markets are to be free, they also have to be transparent – otherwise, they’re wide open to distortion, with consumers being like fish in a barrel. Easy pickings for petrol companies, supermarkets, or banks.

The chart suggests that (a) the overall retail cost of petrol in New Zealand is relatively low and (b) the proportion of tax in relation to that retail cost is also lower than in many other OECD countries. One added reason why there’s a need for greater transparency – and for greater powers for the Commerce Commission to monitor the performance of the petroleum industry – is that we could be reaching the end of the relatively cheap oil era. Prices of Brent Crude, the global benchmark have been rising for the past seven months, and are tipped by most observers to continue to remain at high levels through 2019. Alarmists are talking of $80-100 a barrel. If the US cancels the Iran nuclear deal on May 12 and unilaterally imposes sanctions that take Iranian oil out of the market, oil prices are likely to surge beyond the current $65-70 range. But it is a complicated picture, with cross currents at work.

Wars exempted, the US oil shale generated petrol supplies and increased supply from the likes of Brazil and Canada should prevent a major escalation in global oil prices, and will work against any OPEC cuts in production intended to boost the price.

Overall then, Auckland’s regional fuel tax and the miniscule, gradual rise in fuel excise tax over the next ten years seem likely to be the least of our problems at the petrol pump over the next 18 months. That’s why – in this climate of high and potentially rising prices – we need to ensure that petrol companies are not profiteering, and that any blame for what looks like being an upswing in global petrol prices is fairly attributed.

On that score, that BP email gives us no reason to lie back, and trust the oil companies. Or reason to blame the politicians, if petrol prices do increase. Far bigger forces are in play.

That’s not all. In the same Fox interview, and speaking apropos of the Mueller probe, Giuliani called Trump’s son-in-law Jared Kushner “disposable.” As in:

“Jared is a fine man, you know that,” the former New York mayor said. “Men are disposable.” But a fine woman like Ivanka? Come on…” I think I would get on my charger and go right into … their offices with a lance if they go after Ivanka.”

Good to know. Such chivalry is rare among the nation’s pussy grabbers. And yet, as Bloomberg News noted this morning, this still wasn’t the stupidest media interview of the last 48 hours. That title would have to go to Elon Musk:

Hours before Giuliani’s bombshell, Tesla Inc. CEO Elon Musk did some freestyling of his own. On a conference call about his company’s quarterly results, he grew weary of Wall Street analysts’ “boring, bonehead” questions about such trivia as “cash flow” and “why can’t you make enough Teslas.” He cut them off, at one point suggesting you shouldn’t even buy Tesla stock if you worry about such foolishness. This promptly drove the electric-car maker into a fresh morass of financial jeopardy; its stock price dropped and its borrowing costs jumped.

Of babies and midwives

One thing the recently arrived Prince Louis Arthur Charles of Cambridge will have in common with the imminent Ardern/Gayford baby – besides a lack of material want – is the great good luck of neither of them being born in the United States. As Foreign Policy magazine recently pointed out, the US system does not provide free maternal care and delivery of high quality, to its population at large. Reportedly, the average cost of a no frills delivery in the US is $US12,290, a caesarean clocks in at a minimum average of $US16,907 and routinely costs over $US30,000 – while in the extreme case of say, premature triplets, young American parents are likely to be looking at a bill of $US877,000. From state to state, the figures vary around those high points:

One 2013 study by the advocacy group Childbirth Connection found that, on average, hospitals charged $32,093 for an uncomplicated vaginal birth and newborn care, and $51,125 for a standard caesarean section and newborn care. Insurance typically covers a large chunk of those costs, but families are still often on the hook for thousands of dollars.

In fact, even though the arrival of Prince Louis occurred in more splendid surroundings than the usual NHS birth, the cost involved – estimated to be circa $18,000 all up – was actually significantly cheaper than many of the routine US hospital deliveries. Oh, and the quality of care in the US for those big bucks is pretty dire, generally speaking. As the Foreign Policy survey added, the US infant mortality rate for 2017 was 6.1 deaths per 1,000 births, which is three times the rate in Japan – and the US figure is notably worse than the 3.58 infant mortality rate in this country. As for maternal deaths, the US rate of 26 deaths per 1,000 births is triple the rate in the UK, and more than double the 11.58 estimate for New Zealand in 2015, which is the latest figure available.

One of the main reasons for New Zealand not replicating the US pattern of maternal deaths comes down to the dedicated work of the country’s 3,150 underpaid midwives. Yesterday, midwives were marching in eleven New Zealand cities in support of a 13,000 signature petition calling for better pay and staffing conditions.

The lack of compensation for overtime – midwives are on call 24/7 – is only one of the bones of contention. While a few midwives may have a high gross income of circa $100,000 (achievable by juggling many, many pregnancies over an 80-hour week) the nominal income is routinely halved by factors like the considerable travel costs. Faced with high rates of burnout, many midwives are leaving to better paid, less demanding work conditions overseas, or are exiting the profession altogether. Already, serious shortages of midwives are being reported in rural areas, some of which have seen population increases associated with tourism, and its related building projects.

Overall, what midwives were calling for this week was a re-design of the methods for setting their pay and conditions. Like other stress points in a public health system systematically underfunded since 2010, the midwives will be looking for relief in the May 17 Budget. Already though, Health Minister David Clark is promising some relief, but not a panacea for all of the midwives’ legitimate concerns. Unwittingly, the Ardern/Gayford first born could become a pawn in this debate.

Message to You, Rudy

Stop your messin’ around, Rudy. Here’s the Specials from nearly 30 years ago on British television, with a timely piece of advice to Mr Giuliani :

Stop your fooling around
Time you straighten right out
Better think of your future
Else you’ll wind up in jail….