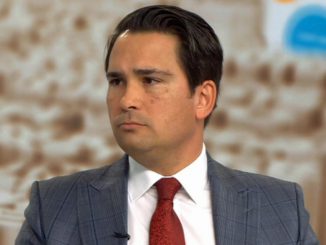 National has now moved to Plan B in its pose as the only “responsible” party of government. Having ignored the existence of massive problems in health and education for nine years in government, it is no longer politically viable for National for maintain the pretence that such problems really don’t exist, or are somehow unworthy of serious concern by rational men of commerce. If anything, the news about the problems allowed to fester on National’s watch at say, Middlemore hospital, keeps getting worse.

Now that National can no longer credibly deny that such problems exist, it has moved on to claiming that the Ardern government is going about tackling them in an irresponsible fashion – without sufficient prior analysis, don’t you know. Or without a considered plan. Or by targeting innocent farmers already making some, a few, grudging changes to their decades-long track record of abuse of the environment. Earlier this week we had National leader Simon Bridges criticizing Environment Minister David Parker for putting farmers on notice about the need for limits on the levels of polluting nutrients being poured into our streams and rivers – a grim reality that, in time, could even require a limit on cow numbers, if farmers proved unwilling or unable to reduce the pollution caused by the current herds.

To maintain his claim that there has been no prior plan or analysis….Bridges had to ignore the voluminous evidence on this subject already published (as RNZ’s Guyon Espiner pointed out) by the Land Water Forum in which National had participated. Unfortunately for Bridges, Federated Farmers also seems to be on board with the government’s call for action. Finally, Bridges also had to ignore the irresponsible way that National radically increased irrigation schemes during its term of office, without any evident concern about how this headlong dairy expansion might contribute to waterways pollution.

Too few plans, or too many?

The claim that the coalition government is acting rashly – or extremely – is perverse. In December, France announced its intention to curtail oil and gas exploration, and its existing contracts will have to be wound down by 2040 – ten years faster than is the case in New Zealand. Meaning: we are neither leading the global pack by taking such actions, or proceeding at a faster rate than everyone else. In fact, the fossil fuels industry is being given over 30 years to adapt to climate change realities.

Similarly, the state of our rivers and lakes is something that calls for immediate remedial action – and Parker is providing it. No plan, no prior analysis? Earlier this year, Labour was catching flak for the exact opposite reason: that it was doing too much research and analysis and launching too many reviews, as an excuse for not taking immediate action. As of mid-February, the government had reportedly set up 23 reviews and commissions of inquiry since taking office.

That published list purported to contain “every single example of the government seeking to get an answer or recommendation from experts, before acting. It’s not a list of everything the government has actually done – but some cynics might suggest that list wouldn’t be much longer.”

So…is the Ardern government doing too much prior analysis, research and planning – or too little? All pretence by Bridges to the contrary, this isn’t a rational discussion. What he is engaging in is dog whistling to the effect that National really, truly is the only party that can be trusted to govern competently – despite the mounting pile of evidence to the contrary. The symbolism has been telling. On its watch, National allowed the walls at Middlemore hospital to rot, and ignored how the hospital has long posed a seismic risk to all who work there, or seek treatment there.

But hey…does Labour have a rational plan to fix the palpable evidence of neglect and incompetence? Well, by dint of these and other Chicken Licken claims that the sky is about to fall in, Bridges is really making a pitch to the faithful. Stay true, stay blue. Don’t stop believing. Because after us, surely, comes the deluge.

According to the UN Secretary General Antonio Guterres the antagonism between the US and Russia is now at Cold War levels, but without the safeguards that had previously limited the potential for global carnage – or more accurately, that restricted the carnage to the unfortunate countries that became the proxy battlegrounds for the US and the Soviet Union, between 1945 and 1989.

One of the clichés of liberal political commentary is that the Soviets were merely a convenient straw figure to justify the needs of what used to be called the military-industrial complex. Over the past few decades, Red China, Cuba, the Viet Cong, the Sandinistas, Al Qaeda, Islamic State, North Korea and now Iran have all done time in a series of allegedly existential threats to the social democracies of the West. In everything from NATO to the Five Eyes intelligence alliance, we have stood together against a common foe, even when that foe has largely been a product of our own fevered fears and projections.

It has been a highly successful exercise though. Last week’s release of figures on global armaments spending showed this depressing pattern:

Total world military expenditure rose to $1739 billion in 2017, a marginal increase of 1.1 per cent in real terms from 2016, according to new figures from the Stockholm International Peace Research Institute (SIPRI). China’s military expenditure rose again in 2017, continuing an upward trend in spending that has lasted for more than two decades. Russia’s military spending fell for the first time since 1998, while spending by the United States remained constant for the second successive year. .. Military spending in 2017 represented 2.2 per cent of global gross domestic product (GDP) or $230 per person.

Some of these patterns were extremely interesting. Military spending by Russia decreased, reportedly not through any outbreak of pacifism in the Kremlin but because Russia’s internal economic problems are putting constraints on its military modernisation programme. Meanwhile, military spending by NATO countries increased last year :

At $66.3 billion, Russia’s military spending in 2017 was 20 per cent lower than in 2016, the first annual decrease since 1998…..Driven, in part, by the perception of a growing threat from Russia, military spending in both Central and Western Europe increased in 2017, by 12 and 1.7 per cent, respectively. Many European states are

members of the North Atlantic Treaty Organization (NATO) and, within that framework, have agreed to increase their military spending. Total military spending by all 29 NATO members was $900 billion in 2017, accounting for 52 per cent of world spending.

The other notable change was in the renewed rise in military spending by Saudi Arabia, which has now surpassed Russia in its annual spending on armaments :

Spending by Saudi Arabia increased by 9.2 per cent in 2017, following a fall in 2016. With spending of $69.4 billion, Saudi Arabia had the third highest military expenditure in the world in 2017.

Of course, the biggest player in this field is still the United States. Last year, the $610 billion spending on armaments by the US far surpassed that by China, which increased its military spending to $228 billion. In fact during 2017, the USA spent more on its military than the next seven highest-spending countries combined – and this is happening even before the massive Pentagon modernisation and expansion programme envisaged by US President Donald Trump really kicks in.

The best music about planning? In the 1970s, “Big Yellow Taxi” Joni Mitchell slammed the urban planning of the day, and its consequences. From the 1990s, Built to Spill’s anthemic cover version of the Prince song “The Plan” is also worthy of mention:

The plan keeps coming up again
And the plan mean nothing stays the same
But the plan won’t accomplish anything
If it’s not implemented….

This history lesson doesn’t make any sense
In any less than ten thousand year increments of common sense….

While we’re invoking the glory days of Built to Spill… this live performance of “Virginia Reel Round The Fountain” is a great showcase for Doug Martsch’s guitar shredding, and for his plaintive Neil Young-ish vocals. Great melancholy lyric, too:

I still confide in you almost every day
Even though you’re not around….