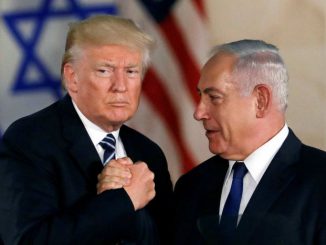 Tomorrow (May 3) is the UN’s World Press Freedom Day.

At last count, 32 working journalists had been killed this year up until April 30, and recent weeks have seen the worst period of sustained violence against journalists since the 2015 Charlie Hebdo killings in France. In Kabul on Monday, a suicide bomber disguised as a TV cameraman killed nine journalists – almost all of whom were engaged in providing the international audience with news coverage about Afghanistan. In a separate incident in Khost, gunmen shot dead a local reporter for the BBC’s Afghan news service.

Increasing violence against the media is a global phenomenon. In Ecuador last month, two journalists and their driver were killed while working on an investigation into drug-related violence.

In Slovakia in February, a young journalist investigating political corruption was shot dead, along with his fiancée.

In Gaza during recent weeks, Israeli snipers appear to have deliberately targeted for execution two well-known Palestinian journalists – Yaser Murtaja and Ahmad Abu Hussein – both of whom had been wearing ‘PRESS’ insignia that clearly designated them as media representatives. Murtaja was an easily recognised and celebrated documentarian of the Gaza occupation.

Palestinian journalists seem to be being singled out by the Israeli military, merely for doing the work of reportage:

“Protective gear that clearly indicates individuals are members of the press should afford them extra protection – not make them targets,” said Sherif Mansour, Middle East and North Africa programme coordinator for the Committee to Protect Journalists.

Regardless of this depressing toll, the media faces a deteriorating situation worldwide. It is not only dictators these days who want to suppress a critical media. Even the leaders of some major Western democracies are willing to whip up hostility against journalists.

U.S. President Donald Trump has called those who work in the media “very dishonest people.” Last year, the president of the Czech Republic waved a mock assault rifle in front of reporters, which was taken as a thinly veiled threat. And in the Philippines, President Rodrigo Duterte has warned that corrupt reporters would not be exempt from assassination.

On the eve of World Press Freedom Day, it is worth remembering that the UN High Commissioner on Human Rights Zaid Raad al-Hussein recently criticised Trump for his repeated attacks upon the media. These attacks, al-Hussein added, had potentially dangerous consequences beyond the United States.

“It’s really quite amazing when you think that freedom of the press, not only a cornerstone of the Constitution but very much something the United States defended over the years, is now itself under attack from the President himself,” Mr. al-Hussein said. “It’s a stunning turnaround.”

In New Zealand, the media may rank down among tow truckies and call centre operators in public esteem. But at least even the most intrepid investigative journalists do not have to fear for their lives and physical safety. Not yet, anyway.

Been there, seen this movie before. In 2002, Benjamin Netanyahu lied about Iraq’s alleged weapons of mass destruction, just in time to validate the US invasion a few months later. In 2012, Netanyahu lied to the United Nations about Iran being on the cusp of building a nuclear weapon, even while Israel’s own spy agency, Mossad, was saying the opposite.

In 2015, there are reports that Netanyahu even lied about which high school he attended.

Yesterday, in order to validate Donald Trump’s well-signalled intention to tear up the Iran nuclear deal on May 12, Netanyahu has presented a trove of “secret evidence” that Iran is lying, and has a secret nuclear programme. Yeah, right.

Problem being: absolutely none of this “evidence” about Iran’s intentions dates from the era since the nuclear deal came into effect. In fact, none of Netanyahu’s information seems to date from later than 2009.

In that sense, as the columnist Anshel Pfeffer says in the Israeli Haaretz newspaper says, it is not a smoking gun but a photograph of a smoking gun taken years ago. The New York Times put it this way:

Revealing a huge archive of stolen Iranian nuclear plans, Prime Minister Benjamin Netanyahu of Israel accused Iran on Monday of lying for years about its efforts to build a nuclear weapon…But Mr. Netanyahu did not provide any evidence that Iran had violated the nuclear agreement since it took effect in early 2016.

In his desire to discredit the Iran nuclear deal – from which President Donald Trump is expected to withdraw on May 12 – he had to clear a bar set by Israel’s security establishment over the last three years: That despite all he has said, the deal is not such a bad thing and actually serves to curb Iran’s nuclear ambitions for the time being. Only five weeks ago, Israel Defense Forces Chief of Staff Lt. Gen.Gadi Eisenkot told Haaretz that “right now, the agreement, with all its faults, is working and is putting off realization of the Iranian nuclear vision by 10 to 15 years.”

As Haaretz went on to point out, Netanyahu didn’t bother to try and reconcile the discrepancy between his stated views on the Iran deal and what most of the chiefs of the security establishment have been saying in private (and occasionally in public) for quite some time. Basically Netanyahu is trying to peddle the twin ideas that (a) Iran can’t be trusted and (b) Iran is working on a nuclear bomb, without producing any relevant evidence to support those claims. Regardless, this narrative is something the US President can now be relied on to peddle to the American public, via Fox News.

You have to wonder why Trump is willing to negotiate with North Korea to limit its nuclear programme, while torpedoing the only successful agreement that limits any lingering nuclear ambitions that Iran might have. The Kuwaiti political scientist Mohammed Nuruzzaman has made telling comparisons between North Korea and Iran – despite their obvious ideological, economic, political and cultural differences. Both countries, he says, are seeking independence from domination by the US and its regional allies, and – to that end – both of them see a nuclear weapons capability as being a real and/or potential defensive tool, and not as an offensive one. As he adds

“Their resort to the nuclear option has been solely guided by an overarching need to achieve security autonomy to discourage the US from aggressing [against] them now and in the future. North Korea has succeeded in achieving the ultimate nuclear deterrent by defying all US-led regional and international odds, while Iran opted to accept curbs on its nuclear enrichment program in exchange for sanction reliefs.”

Unfortunately, that’s precisely why Iran now finds itself to be in a far more vulnerable position. Unlike North Korea, Iran has no nuclear weapon to deter aggression. Instead, Iran’s liberal leadership agreed to bargain away the country’s pathway to a nuclear shield – in the belief the West would lift sanctions and trade with it, and thereby lift Iran‘s living standards. Under Trump, the US is deep in the process of betraying any such hopes.

Moreover, the hardliners in Teheran who argued that the US would never honour the deal have been proven right. French President Emmanuel Macron, in a doomed and desperate attempt to appease Trump and save the Iran deal, has sought to add new elements to it. These involve fixing the alleged three “ terrible flaws” in the deal that Trump demands that European leaders must address, but which everyone knows Iran could never possibly agree to accept. Nuruzzaman, again :

The “terrible flaws” are….Iran’s ballistic missile program, curbs on regional influence, and further limitations on Tehran’s freedom to restart the nuclear program under the deal after 2025. The demand to incorporate these additional elements, which Iran interprets as an encroachment on its sovereignty, is simply a clear death blow to the deal.

Once Trump tears up the deal on May 12, the likely scenario is pretty dire. The deal’s demise will incite Iran’s hardliners into starting a crash nuclear programme in order to defend the country from the US and the Saudis, the Israeli military will intervene to stop them, and Trump will have succeeded in bringing about the foreign war that, at this point, seems to be the only way he can save his Presidency and rescue his party’s fortunes in the midterm elections.

From the sidelines, what is New Zealand currently saying about this needless threat of nuclear proliferation, and about the impending war that the US and Saudis are busily promoting (with Israel’s help) in the Middle East ? On Monday, I asked PM Jacinda Ardern what our current position is on the Iran deal. Her description was as follows:

Not unlike those of Germany and France —that a deal is absolutely better than the absence of one entirely, [and]that it [the existing deal]has provided at least some focus around the issue of nuclear weapons development. It was never an agreement that was intended to focus on ballistic missiles, and so the idea of it being dropped and leaving a complete absence or void is not something we would support. We support the existence of a deal.

So… we’ve already distanced ourselves from the bogus US attempt to add a curb on ballistic weapons to the existing Iran deal. Good. (It would be nice to know if we are saying that to the Americans, directly.) In the coming weeks and months, it will become ever more difficult for our coalition government to support any Trump-led ‘coalition of the willing’ against Iran. Trump and his Saudi/Israeli chums are beating the drums of war, and we should be making it clear that we have no intention of marching in step.

On World Press Freedom Day tomorrow, it will be worth remembering that the only antidote to lies is, of course, the truth. And one of the sweetest, most gently defiant songs about “The Truth” was created by the late Piedmont blues maestro, Precious Bryant.