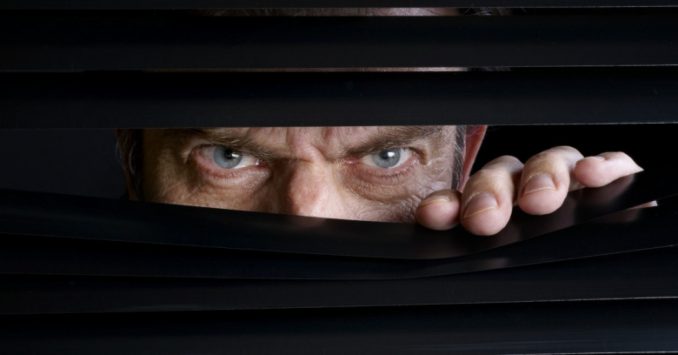 Daily, the coalition government keeps running into examples of the toxic legacy left behind by National – and just as regularly, even the simple fixes are proving stubbornly difficult to enact. Take the case of the security firm Thompson + Clark, which has been employed – time and again – by state agencies over the past decade, to spy on (and provide security against) ordinary New Zealanders engaged in lawful forms of protest.

Yesterday, RNZ’s Checkpoint found another example of a state agency – MFAT – that employed Thompson + Clark to provide security in 2016, around the signing of the Trans Pacific Partnership trade deal in Auckland.

This follows on revelations that the state-owned insurance company Southern Response had used the firm to spy on insurance claimants in the wake of the Christchurch earthquake. MBIE’s relationship with the firm dates from 2013, and seems to have been mutually beneficial, in a ‘scratch my back’ sense:

In 2015, Thompson and Clark began supplying MBIE with weekly intelligence reports it was pulling together for the oil and gas industry on protest groups.

Thompson and Clark then started using MBIE to drum up more work with foreign oil and mining companies.

The problems with Thompson + Clark date back to 2008, and to revelations that state-owned Solid Energy had used the firm to infiltrate and spy on environmental groups. Even after this scandal went public the surveillance continued, as this 2009 story indicates.

Earlier this year, PM Jacinda Ardern appeared to be saying the activities of Thompson + Clark had put them beyond the pale. Or so you might have thought from this exchange:

Media : Thompson and Clark have been caught doing spying operations before. Do you think that other Government departments or organisations should be using them?

PM: Absolutely not. In fact, we had a very brief discussion amongst a few Ministers this morning to seek out that they make sure that none of their departments are engaging Thompson and Clark in the same way, because their behaviour around spying and so on is totally inappropriate.

That “absolutely not” sounds…well, absolute. Except Arden also added the conditional bit about “departments not engaging Thompson and Clark in the same way” which suggests that provided they’re not being hired to spy, then hiring them for security work may still be OK. After all, they have such a re-assuring track record of never stepping over the boundary of what’s appropriate and what isn’t during the course of their work, right? One can imagine the conversations before the handshake on such deals with state agencies in future. Now, you will just be providing security (wink.) Understood? (wink, wink) Gotcha.

This conditional non-ban on the use of Thompson+ Clark may explain why last night, when I looked up the Government Procurement webpage, Thompson + Clark are still sitting there on the official ‘go to’ list of recommended providers of security services in New Zealand, under this preamble:

The Providers below have been able to demonstrate a thorough understanding of PSR {Protective Security Requirements] within the State Sector operating environment, and the current risk context of New Zealand government, and its individual agencies.

Good to know. Trust Thompson+ Clark. Because they know what they’re doing.

Mid-June is going to be a busy time. The prime ministerial baby is due on June 17, and three days beforehand the FIFA world cup will kick off in Moscow. That’s right. In less than two months, Russia, the current global pariah, is due to host the biggest tournament of the world’s most popular sport, on behalf of FIFA – which is also co-incidentally, the world’s most scandal-ridden international sports organisation. What could possibly go wrong?

This convergence of political disdain and sporting celebration should be of particular interest to New Zealand, since we are – historically – the motherland of the sporting boycott. It was our rugby tour of South Africa (while Soweto was burning) that inspired African countries to boycott the 1976 Montreal Olympics, which in turn became the model for the 1980 US sporting boycott of the Moscow Olympics over the Soviet invasion of Afghanistan, which resulted in the payback Soviet boycott of the 1984 Olympic Games in Los Angeles. Hey, it all began with us!

No doubt, Donald Trump will not be calling for any US boycott of Vladimir Putin’s showcase event – and in any case, the US team failed to qualify. England will still be taking part, Salisbury or no Salisbury. However, the optics of celebrating football in Putin’s backyard will remain a little jarring for some – but for now, most of the boycotting appears likely to be economic, not political. After Sepp Blatter’s reign at FIFA, and after the negative press on Russia in recent months, what major international brand would be wanting to pay big bucks to see itself plastered come June, over the football stadiums in Moscow? The answer seems to be: not many Western firms, but a whole lot of Russian and Asian ones:

The past week’s GCSB inspired scare stories in the mainstream media that Russia maybe, could be (or is already ?) engaged in cyber-attacks against this country were dubious in themselves, but they also conspicuously avoided mention of the country – China – that only last year had been the GCSB’s prime concern. As recently as last December, this story was doing the rounds:

The Wall Street Journal reported today officials from New Zealand and Australia raised issues of China’s interference in July in Ottawa, Canada, at a meeting of the Five Eyes intelligence alliance.

The concerns of New Zealand spy agencies stands in sharp contrast with government attempts to downplay an issue which has dominated Australian politics and led to Senators resigning and new security and political donation laws on the other side of the Tasman.

So there’s form for the GCSB playing politics with its expressions of concern (and their timing) about our supposed cyber vulnerabilities. That’s what happens when a country tries to follow an independent foreign policy – which requires it to juggle its security/defence alliances ( in which China and Russia are seen by our allies as enemies) and our trading interests, in which China is our BFF, and Russia is – to Foreign Minister Winston Peters at least – a potential friend.

Peters’ more tolerant stance towards Russia had already caused ripples before PM Jacinda Ardern got on the plane for Europe. Furthering an FTA with the European Union has been identified by her government as being our top 2018 trade priority. For that reason (among others) Ardern could hardly afford to be seen to be at odds with her French, German and British hosts last week, when it came to the EU’s hostile stance towards Russia over Salisbury, and Syria.

So…Ardern standing tall with Theresa May, Emmanuel Macron and Angela Merkel against Russia, has helped to bury any misgivings that Peters’ prior equivocations may have caused. We’re on the team, and we’re ready to trade.

Of late, National has been calling on the coalition to stop playing the ‘Blame Game’ and get on with governing. Right. Here’s a deal: the coalition can stop complaining if and when National stops claiming to be ‘sound economic managers.’ Because National can’t have it both ways. If as its new leader insists, National is better at running the economy, then it is inviting scrutiny of the basis for that claim. Surely, it should be welcoming the examination of its shining legacy.

Hip hop has conquered the world, and Russian hip hop is a prime example of its global reach. My introduction to Russian rap was via this excellent mix last year but Youtube offers any number of examples, from established acts like Oxxxymiron and Scriptonite, through to more recent pop rap acts (Pharoah, Tatarka). You can readily hear the influences, despite the language barrier – the speed-over-everything phase of more recent Eminem, the Timbaland era productions, even the arrival of trap. Here’s young gun Pharoah, in brooding mode: