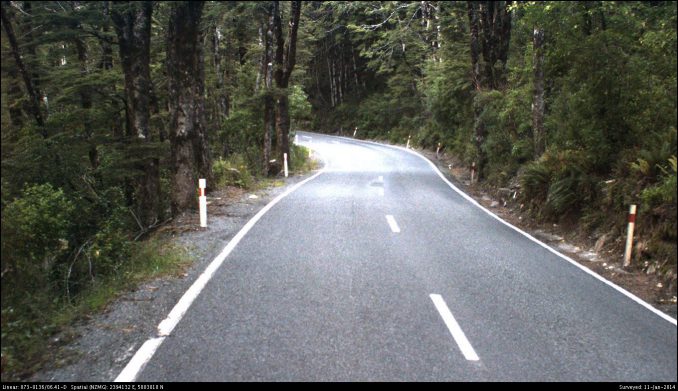 If Auckland wants a better, modern transport system – and if the rest of the country wants safer roads that kill and injure fewer people every year – then this will cost money, and all of us will need to make sacrifices to pay for it. The ‘do nothing’ option went out the window with the previous government. Besides, even National were going to be raising the fuel excise tax by 10-20 cents a litre in order to pay for their Roads of National Significance. So…any which way you look at it, fixing up the past nine years of neglect of our transport needs was always going to involve extra money and some additional hardship. How much? The new draft transport plan unveiled yesterday envisages adding about 3 to 4 cents a litre each year for the next three years, to the cost of petrol.

The media focus to date has of course, been on the cost involved – rather than on (a) the benefits the new configuration aims to deliver, and (b) the cost (in lives lost, and productivity gains foregone) of doing nothing at all. Gridlock already costs Auckland an estimated $1.3 billion a year in lost productivity. Yes, Auckland will bear the brunt of it, in that it is also facing a regional fuel tax in July, plus this mooted gradual rise in the fuel excise tax which should start to kick in sometime next year. But hey – Auckland is also where many of the congestion problems (and many of the resultant gains) are to be located. It is no longer reasonable to expect the rest of New Zealand (in the likes of Hawkes Bay and Twizel) to prioritise paying for Auckland’s transport bills, while continuing to forego their own roading needs.

That’s the switch that the draft consultative plan envisages. It sets out a compelling argument for a significant shift of transport resources into regional and rural New Zealand – and away from National’s narrow focus upon a few massively expensive, high priority roads that are mainly of benefit to those living in metropolitan centres, and which – if anything – will ultimately add even more cars to the congestion that’s already being experienced. A wider vision that combines all the relevant elements – road, rail, public transport, rapid transit, cycling – is plainly needed, and with safety measures being baked into the mix from the very outset.

That shift away National’s roads of national significance – which have been eating up 40 % of the entire transport spend for roads that carry only 4% of the nation’s cars and trucks – is also politically significant. Having harvested votes from the regions at every election, National has proceeded to starve provincial New Zealand of their roading (and related road safety needs) between elections. As Transport Minister Phil Twyford pointed out yesterday :

Over the nine years of the last National Government’s transport spending, spending through the National Land Transport Programme reduced in the West Coast, Taranaki, Southland, Otago, Northland, Hawke’s Bay, Gisborne, and the Bay of Plenty….

As Twyford went on to explain, those reductions will now be addressed :

Instead of hand-picked, low-value, and very expensive urban motorway projects, this Government will double the spending on regional road improvements over the next three years. Half of all vehicle journeys are on local roads, and yet less than only 5 percent of the National Land Transport Programme has been spent on improving them. In order to fund its pet projects, National starved local and regional roads. Spending on local roads only increased by $6 million across the nine years of the last Government. By comparison, the last Labour Government tripled the amount of funding over their nine years. This….Government policy statement, increases local road improvements by 43 percent over the decade.

Besides this regional shift, the main components of the draft plan involve a spending emphasis on (a) promoting safety across the country’s road networks for motorists and cyclists alike (b) enhancing public transport and (c) creating rapid transit systems within the main centres, including Wellington and Christchurch.

The safety situation on our roads is deteriorating, not improving. As was pointed out at yesterday’s post -Cabinet press conference, our fatality rate per billion kilometres travelled has risen 16 percent between 2013 and 2016. Meaning : the number of fatalities and serious injuries are increasing at a faster rate than can be explained by simple traffic growth. This trend has to be confronted, if only because the option of doing nothing at all would carry a body count. Twyford, again :

Early work by the New Zealand Transport Agency and the Ministry of Transport suggests that there may be around $800 million worth of high-value road safety improvements in need of funding on local roads alone. It’s estimated that once complete these improvements could prevent 160 deaths and serious injuries per year…

The reality is that local and regional roads – not super highways – pose our most dangerous safety risks, to locals and tourists alike. Fortunately, the cost/benefits of shifting the available resources into improving the safety of those rural/provincial roads and state highways are striking. As the Greens Associate Transport Minister Julie-Anne Genter pointed out yesterday :

To put it in perspective—and this is just an example—for half the cost of the East-West Link motorway project, which is only really a few kilometres long, we could afford median safety barriers down the middle of every kilometre of State highway in the country—that’s just for half the cost. So by rebalancing the transport budget we can achieve far greater outcomes, and we can save lives.

Of course, under this policy, the Government is proposing to invest $1.5 billion in regional and local roads over the next three years, because that’s where the vast majority of car and truck travel is, and all of our top most dangerous roads are actually local roads, not State highways. So under this policy, you can expect to see more median barriers, safe passing lanes, rumble strips, intersection upgrades, and all of that will make a real difference to the road toll.

The rationale for the plan laid out by PM Jacinda Arden, and Cabinet Ministers Shane Jones, Phil Twyford and Julie Anne Genter at the 3 April post-Cabinet press conference is worth reading, and is available here.

Yes, there will be extra costs. And to repeat: motorists would have been facing boosts in the costs per litre of petrol at the pump, regardless of who had won the last election. The difference being…under National, they would have been getting less in return, especially if they lived in the provinces that have faithfully voted for National year in, decade out:

In essence, the previous government’s transport policy could have been designed in North Korea, by Kim Jong- Un. Meaning: money got poured into a few showpiece roads in the nation’s capital, while the people in the regions have been starved. Yet in selling the draft transport package…the problem for the current government is that improving the country’s road transport system ( and saving lives in the process) just doesn’t seem like a very sexy package to the corporate media Fortunately though, I’m told that country music is still popular in the regions that stand to benefit the most….and of late, Nashville has taken a fairly risqué approach to the risks of driving on the nation’s back roads. To that end, maybe the NZLTA can make some promotional use of this country mega-hit from early last year:

Mind you, walking down the middle of the road in the way that the Haim sisters do here is empowering as all heck, but is not to be recommended on safety grounds :