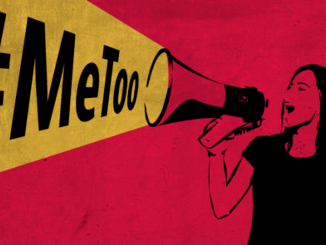 In the week leading up to International Women’s Day (today!) the Oscars enabled the rich and famous to do what elites can usefully do: namely, they can shine a spotlight on the attitudes and practices that oppress women, blacks, Hispanics and indigenous people at all other levels of society, too. Systemic oppression however, calls for a systematic response – and right now, Sweden is showing some interesting ways of how the #MeToo campaign can be taken forwards.

On the face of it, Sweden may seem like an unlikely candidate for the role, in that (arguably) it could have rested on its laurels. Sweden earned the top ranking on the EU’s gender equality index for 2017, and won fifth place on the World Economic Forum’s Global Gender Gap index. (New Zealand came ninth in the same WEF ratings.) As Bloomberg News recently reported, the gender wage gap in Sweden is only 4.5% when pay is adjusted for differences in jobs, sector, education, age and working time. These outcomes haven’t happened by chance, but have been the result of policies initiated during the 1970s, to actively promote gender equality. Yet none of this has stopped Sweden from embracing the goals of the #MeToo campaign – in fact, it provided a platform for a co-ordinated social and governmental response to it.

So what can Sweden usefully teach us? In New Zealand, much of the political debate on gender inequality has been around the issues to do with the gender wage gap, and with paid parental leave – and on both fronts, advances have been made. The Ardern government appears intent on tackling the gender pay gap in the public service, and is also urging the kind of pay transparency in the private sector that will hopefully inspire voluntary action by the willing, while also providing a platform for naming and shaming those firms that continue to drag their feet. On RNZ this morning, Women’s Minister Julie-Ann Genter also stressed the need to address the much larger pay gaps experienced by Maori and Pasifika women workers, given the low paid jobs to which they are routinely consigned.

There are options for further gains though, even where New Zealand has made progress. In Sweden, the extensive paid parental leave provisions – 480 days are nominally available – are not structured merely in order to enable women to juggle their occupational and child-rearing roles. At least 90 of those days must be taken by fathers, with the aim of including men in the tasks of child rearing and reducing the impact that child rearing has on the career opportunities of women. There is no reason why our 26 weeks of paid parental leave could not be amended in similar fashion. The state could easily require men to assume the duties of the primary carer, for a period at least.

As mentioned, the #MeToo campaign has been approached by Sweden in an impressively systematic fashion. As Bloomberg News reports, #MeToo subsets have emerged in almost every imaginable sector of Swedish society, besides the film industry:

These have been grassroots groups created by the women working in those fields. The interesting thing has been (a) how quickly these sectoral movements have formulated an agenda for legislative change, and (b) how readily they have gained access to the upper reaches of government, with those demands. There has been a tactical difference, too:

While much of #MeToo in the U.S. and elsewhere has been about exposing powerful individual abusers, Swedish women have largely left both victims and aggressors anonymous. They’ve focused on creating culture-wide change: some 60,000 women in the country of 10 million people—almost 1 percent of the female population—have signed more than 25 #MeToo petitions, calling for measures such as longer statutes of limitations for sexual crimes, more and better education about equality, and a whistle-blower system for people to report abuse anonymously.

Reportedly, other issues on the table have included longer sentences for sex-based crimes, more funding for NGOs that assist the victims of sexual assault and harassment, and also a greater emphasis on the teaching of gender equality and the protocols for consent within the school curriculum:

A statement released on Dec. 15 by the government in response to the #MeToo movement described policy changes in motion, including a bill to alter the country’s legal definition of rape, which applies only to sexual encounters that involve battery or threats of violence, to cover all forms of non-consensual sex. …Sweden will have a national agency dedicated to gender issues… An equality ombudsman [currently] resolves enforcement disputes [where gender inequality and sexual harassment is alleged] within the corporate sector.]

There is more about Sweden’s proposed changes httpsto its legislation on consent here.

None of this is meant to suggest that Sweden is a wonderland of gender equity. Clearly, it isn’t.

Reportedly, much remains to be done when it comes to compliance, especially within the corporate sector. Yet obviously, the successful co-ordination of the many #MeToo sectoral movements, and their access to Parliament and government does offer a lot for New Zealand to emulate. The focus is not simply domestic, either. Since 2014, Sweden has embraced what it has called a ‘feminist’ foreign policy:

Sweden launched its feminist foreign policy when Prime Minister Stefan Löfven’s centre-left government came to power in 2014. [Foreign Minister Margot] Wallström pointed out that Sweden was working with educating women in Saudi Arabia and Iran, creating social debates in Rwanda, Colombia, and Afghanistan. “Sweden is one of the largest donors when it comes to reproductive health, through contraception, maternity care, and safe abortion,” she added.

In this country, Foreign Minister Winston Peters is hardly likely to label our foreign policy as being ‘feminist’. Yet increasing the ratio of our overseas development aid to the Pacific that’s earmarked for reproductive health, maternity care, contraception, safe abortion and the reduction of gender based violence is an entirely feasible aim. In the wake of Cyclone Gita’s devastating impact on Tonga, the need for aid that prioritises the sexual and reproductive health of Tonga’s women and girls has become apparent.

Moreover in January, PM Jacinda Ardern had given every indication she would be receptive to directing our development aid effort towards those priorities:

“I know that [US President Donald Trump] did early on determine his government would not be investing in the foreign aid and development that went towards any organisation that had anything to do with sexual and reproductive rights. There is no doubt that has left a gap in the international arena where there are areas of high need, where women’s maternal health and well-being is really at threat.” She said the international community would need to look at filling that void.

Presumably, New Zealand could make offers to increase our development aid in the areas of women’s reproductive health. Possibly when Ardern attends the Pacific Leaders Forum meeting in Niue, later this year.

Yesterday I linked to new material by two strikingly talented women artists in Lucy Dacus and Margaret Glaspy. The other track I had in mind was by someone who has been around for a bit longer – Katie Crutchfield, who records as Waxahatchee. Her 2017 breakup/break out album Out in the Storm kicked off with “Silver” which has since become a mix-CD staple..

Here’s a live version by Crutchfield of a less obvious but rewarding Waxahatchee track called “Recite Remorse” from the same album.

And for variation, here’s a blazing live version of the anthemic “Silver”.. The lyrics are about survival, and the gradual belief in your own worth that makes it possible: